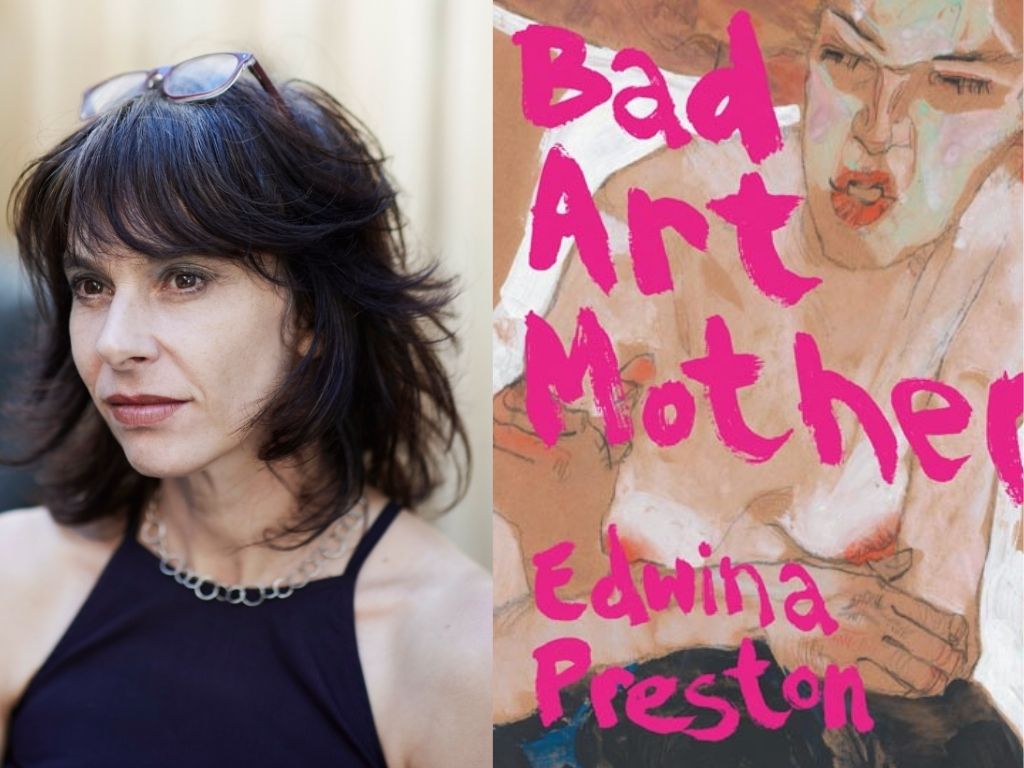 Edwina Preston reveals the truths of passionate women tarnished by mediocre men and the  tragedy of boys learning weaponised scripts, in her brilliant new novel, Bad Art Mother. Yes, this is another book about the arts world as a boy’s club, but it is uniquely crafted and emotionally resonant, placing patriarchy’s permeation of culture into perspective.

Owen’s memories of his poet-mother are subconsciously drenched in internalised misogyny. By the time the reader experiences Veda’s own perspective, her character has already been coloured by the judgement of others; an impactful narrative choice. This dual focalisation is delivered in flawless prose and serves multiple functions, one of which is to frame Veda’s narrative from a normative position; another is the eventual triumph of the  woman’s unadulterated narrative, unframed, albeit subversively. No spoilers here, though.

Epistolary recollections of Veda’s perceived maternal failures are often uncomfortable, but the picking apart of women’s lives by the insatiable fingers of society are rarely pleasant. Owen’s own reminiscences include impressions of vintage Melbourne – snapshots of his parents’ memories imprinted upon his psyche – as well as snippets from his own formative childhood moments, many of which are heavy with the insidious genderisation of practically  everything.

Creativity and motherhood are seen as mutually exclusive to Owen, who remembers his childless aunt, Ornella, as being the superior maternal role model. This may have more to do with Ornella’s lack of creativity (in Owen’s eyes) than with any of her  inherent traits, like her stoic reliability, or the care she constantly extends towards others. Ornella is remembered by Owen as being more of a mother figure than his other mothers – both artists – could ever have hoped to be.

Alongside Ornella, and his parents Veda and Jo, Owen is cared for by a wealthy childless couple, Mr and Mrs Parish. They become his guardians and benefactors, giving them a son and heir, and allowing Veda time to pursue her longstanding passion for poetry. Mr Parish is  a famous poet himself, with considerable influence in the scene. Veda asks herself, ‘what sort of a mother would choose a book over a child?’ but the book itself asks, ‘what kind of society would make a mother choose between writing a book and caring for her child?’

Preston’s cast of creative characters expose gendered differences in artistic reception and perception; is it even possible for a woman to be a successful artist, poet, or mother in 20th-century Melbourne, amid the double standards, invisible barriers, and the traditionally masculine power-move of abstaining from acts of love? Women as real people (rather than as the roles they inhabit) are measured against impossible standards earning them judgement regardless of ability, according to the deeply ingrained attitudes that set women up  for failure. This is a world in which women’s femininity, youth and pliability are worth more than their talent, intelligence, or courage.

Building to an emotional crescendo and a real-life revelation, this book is a battle cry for history’s forgotten females – frozen out of creativity, careers, family inheritances, and sometime, life itself. ‘You don’t know a book until you’re inside it,’ writes Preston. This is  certainly true of Bad Art Mother, which will strike multiple chords among parents, artists,  poets, and those who dare to believe in their own creative potential.