Book review: A New Name for the Colour Blue by Annette Marner

In this poignant read, Annette Marner deserves credit for her honest analyses of the trauma inflicted by domestic violence.
Gillian Wills 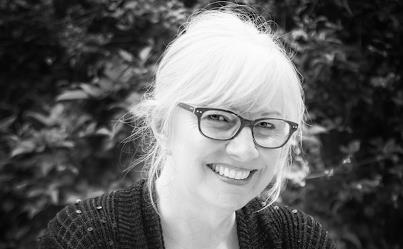 Awareness of domestic violence is on the rise. Even if, the means to prevent this terrible blight, has not yet caught up with society’s horror of it.

There’s an impressive rollcall of creative fictions engaging with the theme including, Where The Crawdad Sings by Delia Owens, Big Little Lies by Liane Moriarty and The Great Alone by Kristin Hannah.

The author of this book, Annette Marner, deserves credit for her convincing analysis of this toxic syndrome, and her sharp eye on how and why a partnership spirals into a wounding cycle of intimidation and subjugation.

The narrative is told from the perspective of Cassandra the heroine and her voice is persuasive. Her immersion in a dark and dangerous relationship makes a poignant read. But while it is harrowing, the storyline rings true and the author skilfully navigates the heroine’s perspective, without getting bogged in maudlin self-pity.

The book effectively charts Cassandra’s entrapment in a double bind without becoming ‘judgy.’ Because, in the peak of her involvement, she’s not able to leave Stephen, her abuser or, stay with him. When she arrives home, she wants him there and yet wishes he wasn’t.

Especially effective is how she conveys this emotional duality; her hunger for companionship, the happy moment, the mirage of love while simultaneously painting the fear, the loss of liberty and personal freedom, her aggravating denial and how she drowns in shame. The humiliation most acute, when her body has been brutally assaulted.

She’s caught in the sticky, destructive web of the Stockholm syndrome. However bad the beatings, the gas-lighting and emotional battery gets, however shamed she is by the massed bruising and her shredded self-esteem, the periods without physical or emotional violence and the perpetrator’s intense apology are powerful because these moments provide relief and mimic a healthy, supportive partnership.

Everyone wants to understand why Cassandra isn’t appalled by Stephen’s compulsion to control and dominate and how she allows him to invade her world; urging her to discard Helena her best friend, cook according to his taste and how intimacy becomes a nasty act of domination, all about the perpetrator’s neurotic insecurity.

Given Cassandra’s ability to make a living and forge a life, it’s distressing to witness how this capable, intelligent, empathetic yet deeply scarred woman tip-toes on eggshells in her own house. But Marner urges compassion for her heroine and her abuser, who she compares to a damaged eagle condemned to walk in perpetual circles.

The storyline is revealed through flashbacks. When she goes home to look after her dying father, the memories focus on her childhood. And it is even sadder to witness how her father’s cruel parenting and his lack of attention and disparagement of his daughter’s emotional needs, prepares her for a limited expectation of men and is primed for relationships of destructive intimacy. When her Dad is dying, Cassandra observes that his, ‘arm is bone. The skin hangs looser where the muscles that filled me with terror used to be.’

Marner’s gift for beautiful prose and poetic imagery reels the reader in. Her imaginative flair for succinct word play can frame feelings, music, paintings and sketches of the natural world. And with such piercing clarity the imagery lingers in the mind. For instance, living with Stephen, ‘is like breathing in splinters of barbed wire.’ Of his saxophone playing, ‘it wails and cries. Now reaching down to the cavern of human loneliness. Now higher and deeper into the mysteries of the heart in space and time.’

Marner’s prose is a glorious wonder deployed with a canny understanding of abusive men. ‘The pain of him is blue, the colour of the horizon in summer, heavy with dust and heat, dragged down to the edges of the world.’