Why artists count in a crisis

Art plays an important role in connecting communities, humanising the environment and giving a community a unique identity.
The Conversation 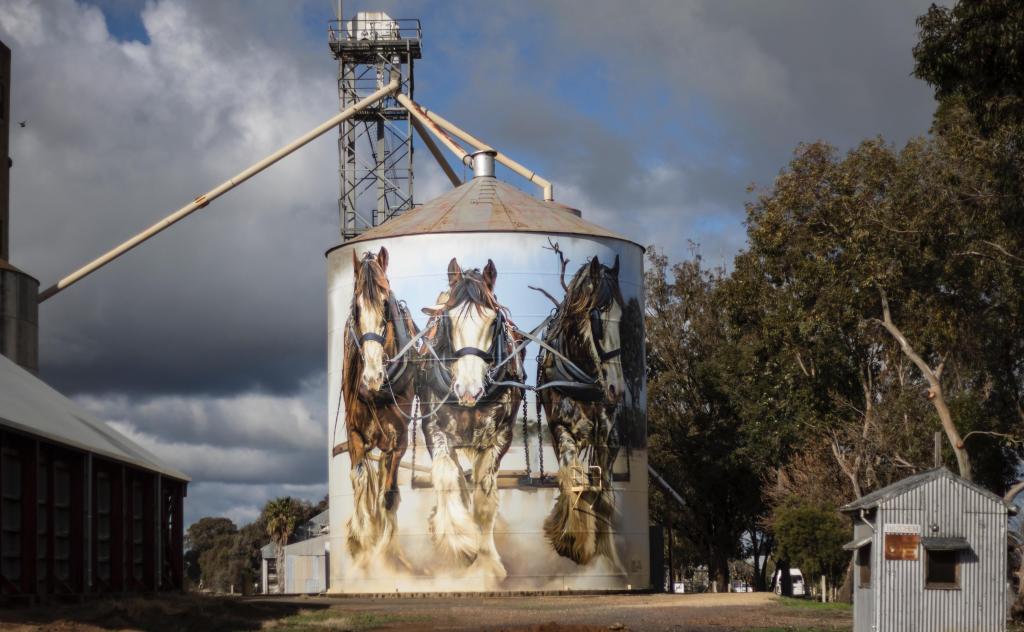 Silo art can contributes to a town’s economic wellbeing and sense of pride. Photo by Trevor Kay on Unsplash.

Artists are again finding themselves at the receiving end of criticism over funding.

A mural on the wall of a fire station funded through the Western Australia Percent for Art scheme has met with a hostile reaction in the light of the bushfire crisis.

In WA all new public buildings costing $2 million or more must spend 1% of the building costs on public art projects – a bipartisan initiative since 1989.

Public art plays an important role in connecting communities, humanising the environment and giving a community a unique identity, but WA Shadow Minister for Emergency Services Steve Thomas told the ABC “I think it is time for this policy to end”

“[It] is more important to put that money into the equipment [emergency services] require rather than art work to decorate the building,” he said.

Artists are a critical community resource, but this criticism is a familiar refrain in Australia where arts practice is seen as non-essential.

The federal government determined in December 2019 the arts no longer matter to the nation by disappearing the arts from mention as a governmental responsibility and continuing to cut arts funding.

Across the country, the average income of artists from their artwork is A$18,800, yet artists have raised millions of dollars in support of the 2020 bushfire crisis.

Comedian Celeste Barber has raised over $50 million from more than 1.2 million people to help those who need it.

Pink, Elton John, Metallica, Nicole Kidman and Keith Urban, Chris Hemsworth, Kylie and Danni Minogue – to name only a handful – have personally donated large amounts of their own money to help fighters and victims.

The Stardust Circus prevented a blackout at the Ulladulla Evacuation Centre by lending their generator. Theatre companies are organising collections at their performances for bushfire relief.

More than 32 concerts are taking place across the country with musicians giving their time for free to fundraise. Visual artists are auctioning their work.

Writers, illustrators and editors are donating books, mentoring, and naming rights to characters in forthcoming books to support firefighters.

Silo art, the painting of water towers and other utilitarian sites such as fire stations, have transformed rural areas by the impact of arts practice. This has contributed to the economic well-being of these communities, as well as making the local community feel a sense of pride in their town.

Those autumn splashes of colour are everywhere – but this one stands head and shoulders above the pack! The towering grain silos here in @tumbybaysa have just been given a paint job by world-renowned Argentinian artist, @ronmuralist – inspired by a photo from local legend @robertlangphotography (who also snapped this one)! Standing around 30 metres high, this piece will take pride of place in the @colourtumbystreetart festival, bringing together seven of the world’s best street artists (plus a local) ‪from 20-22 April‬ to ‘paint the town red’ with live music, food and wine, kids’ activities and free tours! This event also forms part of @saltfestival, celebrating art, innovation and creativity in @eyrepeninsula ‪from 20-29 April‬. When you’re not having your mind blown by fresh perspectives and fresh sea air, be sure to taste world-famous seafood at the @freshfishplace down the road in @port_lincoln before resting your head at the @marina_hotel, right by the water’s edge! #SeeSouthAustralia 👩‍🎨🎨 [📍 Location: a 50 minute flight to #PortLincoln from #Adelaide in #SouthAustralia, then a 35 minute drive to #TumbyBay ] #SALTFestival #EyrePeninsula #SeeAustralia #Australia #StreetArt

Arts institutions, such as regional galleries, can also have a dramatic impact on a community. In 2012, the Bendigo Art Gallery generated $16.3 million for the local economy. The Book Town festival in Clunes, the Writers Festival in Byron Bay and the Folk Festival in Port Fairy are all crucial to the sense of community in those towns.

Artists can be critical in restoring hope and providing healing to a community after it has experienced trauma.

The Creative Recovery Network works together with emergency management agencies across Australia to help communities affected by trauma and natural disasters to recover from their experiences.

Urban Initiatives and Arterial created a moving memorial in collaboration with the local community to the 2009 Black Saturday bushfire victims at Strathewen.

The memorial incorporates 10,000 words by community members and serves as a place for community reflection as well as an ongoing learning site for young people. In this way the experiences are never forgotten, and passed on to the next generation.

While the arts can create provocation, they can also be a means of honouring feelings and processing grief. There are times when communities need more than financial relief to recover from loss. They need a way to make sense of it so they can move forward.

Committed to their community

Artists have stepped up in a huge way at this dark time in Australian history by volunteering their talents and resources to support communities and firefighters.

They have demonstrated artists and arts practice can contribute to our society with passion, ingenuity, and imagination. It is time the arts and artists received the respect they deserve by our governments and the broader community.

The arts always matter, but at times of crisis they are especially valuable.