While it is much-needed money, views are divided over the Federal Government’s arts relief package.
Gina Fairley 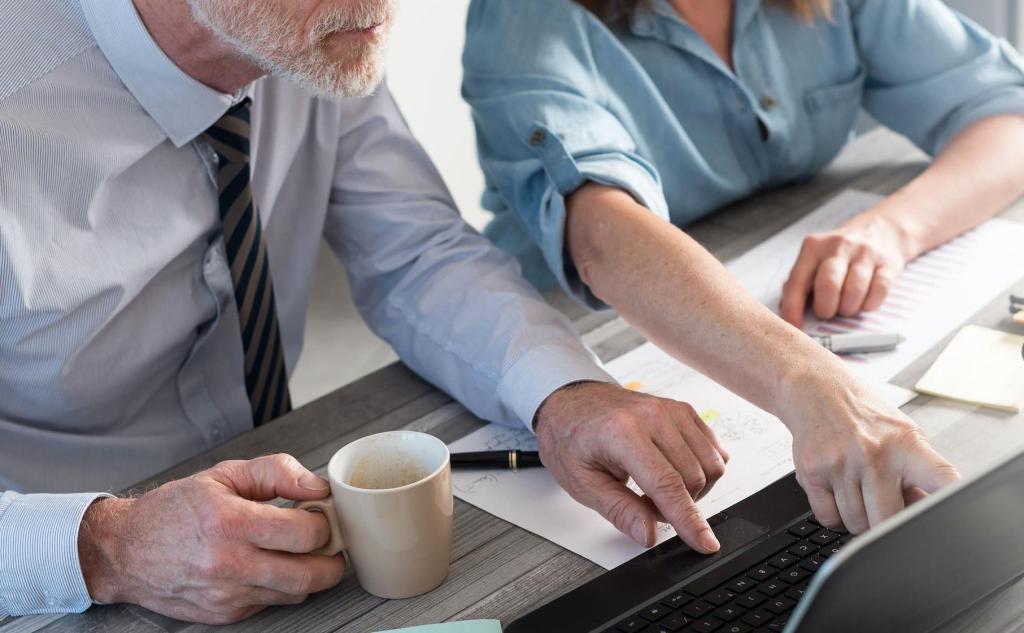 This week (25 June), the Federal Government announced a much anticipated relief package for the arts and entertainment sector to ease the impact of COVID-19.

Valued at $250m, the package is broken into four streams that will be rolled out over the next 12-months, and largely come in the way of loans and grants.

Read: $250M Federal Government Arts and Entertainment Package Responses to the package have largely been positive, however, concerns have been raised about money filtering through to individual artists and arts workers.We canvas the sector on their thoughts:

Shadow Federal Minister for the Arts, Tony Burke has described today’s package as ‘100 days of delay’.

‘For months, Scott Morrison and his ministers stubbornly insisted it wasn’t necessary,’ said Burke in a statement. ‘This totally unnecessary delay has done enormous damage to this industry and its workers.’

Burke, however, welcomed the package, but added: ‘We remain concerned that there is still no direct support for the workers themselves, many of whom miss out on JobKeeper but won’t be able to return to work anytime soon. We will work through the details of the package in the coming days. Bourke concluded that ‘If the Government decides to do more, Labor will support it’.

The Australia Council welcomes today’s announcement. CEO Adrian Collette AM, said in a statement: ‘An investment in the arts is a smart investment in recovery: creativity-led productivity fuels our economy and our social fabric. Arts and culture are major drivers for tourism, both domestic and international. They boost the hospitality sector. They underpin the vitality of our cities and regions, and the perception of Australia internationally.’

Collette will join a newly established creative economy taskforce that will work closely with government to provide advice on the investments within the support package.

Richardson continued: ‘JobKeeper has been an important support for those who have been able to access it. However, many in our industry have suffered devastating income losses, along with the many businesses, which rely on our industry, including across the tourism and hospitality sector.

‘That’s why the measures announced in this package, which reflect our industry’s unique characteristics and the challenges it faces, are so important. They also recognise the significant economic contribution that our commercial sector makes to Australia’s economic and cultural well-being,’ Richardson said.

‘The fund will assist to secure much needed capital to the hundreds of small businesses which make up the independent production sector so that we can start the cameras rolling again and return thousands of workers back to work across the broad range of jobs that our industry creates,’ said SPA CEO Matthew Deaner.

‘The benefits of this package will extend far beyond the personnel on a physical set, with flow-on effects to related industries such as tourism and hospitality, and the boost to Australia’s export potential, playing an important part in the nation’s economic recovery. Moreover, the Australian public will no doubt celebrate the return of homegrown stories to our screens,’ added Deaner.

It was a view shared by APRA AMCOS CEO, Dean Ormston, who described the music sector as falling, ‘off a cliff on 13 March’, when things went into shutdown. It is estimated the box-office loss in relation to live music alone will be half a billion dollars over six months.

‘We remain deeply concerned about the 4000-plus venues across Australia who present live music. They are now closed with no certainty as to when a restart is likely or viable,’ said Ormston. ‘This package will provide a necessary and critical lifeline to many music businesses and organisations to ensure they can get through the next 12 months.’

‘We commend Prime Minister Scott Morrison, Treasurer Josh Frydenberg and Arts Minister Paul Fletcher for listening to the concerns of the sector and acknowledging the unique and devastating impact the pandemic is having on the artists, businesses and workers in our part of the cultural economy,’ he added.

Circus Oz executive director, Penny Miles said: ‘We are looking forward to detail on how funds will be accessed and directed. Regardless of process, an injection like this into the sector will have ripple effects throughout the whole ecology stimulating and securing jobs for artists and a hive of much needed and missed artistic activity and events.’

being vocal about arts funding

Esther Anatolitis, Executive Director of NAVA, the peak body for visual artists, welcomes the PM’s announcement but describes it as a ‘first step’.

She said: ‘Today’s announcement offers some useful funding and investment options. Once guidelines and criteria are released, I strongly encourage all visual arts, craft and design applicants to get on the phone to our government colleagues without hesitation, and ask all the questions you need to ask to make sure you can access what’s urgently needed.’

Anatolitis made a call out that the sector needs to be vocal and ensure that ‘each element of this and future packages will be made available, openly and fairly, to everyone in the arts industry – artists, artsworkers, and those excluded to date such as local government and university galleries and art schools.’

She added in her statement: ‘In the wake of the shocking ABC cuts, the skyrocketing cost of humanities university education, the exclusion of local government and university galleries and art schools from all support measures, the JobKeeper eligibility restrictions on casual and migrant workers, the waiver of local TV content requirements, the ongoing efficiency dividend impacts on our national cultural institutions, and the impact of years of cuts to the Australia Council with no new funding to invest strategically through this crisis, the work of the Creative Economy Taskforce will be valued deeply by all Australians.

Anatolitis will be among sector advocates presenting to the Senate Inquiry into the Australian Government’s COVID19 Response, in hearings held on Tuesday 30 July.

ArtsHub will continue to report on findings as they unfold.

The Australian Major Performing Arts Group (AMPAG) Chair, Mary Jo Capps AM said:n‘Australia’s not-for-profit arts organisations are some of the most effective and efficient in the world. However, because of their charitable status, they cannot go to the market or shareholders to raise much needed capital. This package is an important step in addressing this issue…’

‘Recovery will be a slow process. We know that the challenges will continue to unfold, and we remain vulnerable to further impacts as long as COVID remains a threat,’ Capps continued. ‘Importantly the Coalition government has sent a clear message that the performing arts, as part of the creative industries has a very real and valuable role to play in rebuilding our national economy.’

Independent arts and culture think tank A New Approach (ANA) Program Director Kate Fielding said of the announcement: ‘We welcome the Prime Minister’s commitment to lead National Cabinet discussions about the next steps to get events, tours and venues operating around the country again,’ describing the package as ‘encouraging’.

Feilding added: ‘With the recent and unsurprising news that Australia is in recession for the first time in 29 years, this package and the associated announcements creates an important opportunity for investment in the creative and cultural sector to stimulate activity and drive employment as well as build community confidence.

In contrast the Media, Entertainment & Arts Alliance has said the so-called ‘JobMaker’ package announced today by the Federal Government ignores the thousands of arts workers who have been without work for months and need immediate income support.

While the $250 million in grants and low-interest loans is welcome after months of inaction, it could be some months before money flows and productions can recommence. In the interim, JobKeeper needs to be extended to the many thousands of creative workers currently excluded from it.

MEAA Chief Executive Paul Murphy said the package was the result of lobbying and advocacy by arts organisations. ‘While any form of assistance is welcome, this package is another slap in the face for the thousands of arts and entertainment workers who are not eligible for the JobKeeper income subsidy scheme,’ Murphy said.

‘The grants and loans will help arts organisations begin to recover from the coronavirus shutdown, but there is absolutely no relief for freelance and casual workers who have lost their jobs and suffered significant reductions in income,’ he added.

Finally the Govt puts some money to the struggling Arts & Entertainment industry.
But to be honest, it falls well short of what is needed to save jobs.

Morrison found $700m for his home Home Reno scheme, but Arts, the industry hardest hit gets less than half of that. What the?!

Greens spokesperson for the Arts, Senator Sarah Hanson-Young, said of the Morrison Government’s package: ‘At this point, any money will be welcomed by an industry on its knees. But $250million, including loans, falls well short of what is needed to save jobs and generate economic stimulus. The industry itself was calling for a package of close to a billion dollars.

‘The Government found $700m for their home HomeBuilder scheme. There’s no excuse for giving the arts and entertainment sector, that has been hit hardest by the COVID19 anything less…It seems giving granite benchtops to wealthy homeowners is more important to the PM than saving a generation of Australia’s artists and creatives.’

The Australian Writers’ Guild (AWG) acknowledges, however voiced concerns, noting that  ‘despite months of advocating by arts organisations, the package fails to address the needs of thousands of freelance and casual writers, directors, producers, cast and crew impacted by production shutdowns, many of whom do not qualify for JobKeeper income support.’

The AWG and fellow arts organisations have lobbied since March for adequate income support for the Australian screen and stage industries, with a strong focus on extending JobKeeper to include the many freelance and casual arts workers who have been out of jobs since March and need urgent income support to see them through the shutdown.

AWG President Shane Brennan said, ‘Our industry employs thousands of skilled people across different crafts and trades…It is imperative that the Federal Government not allow these individuals to be lost to our industry at a time when Australians are enjoying more content than ever before.’