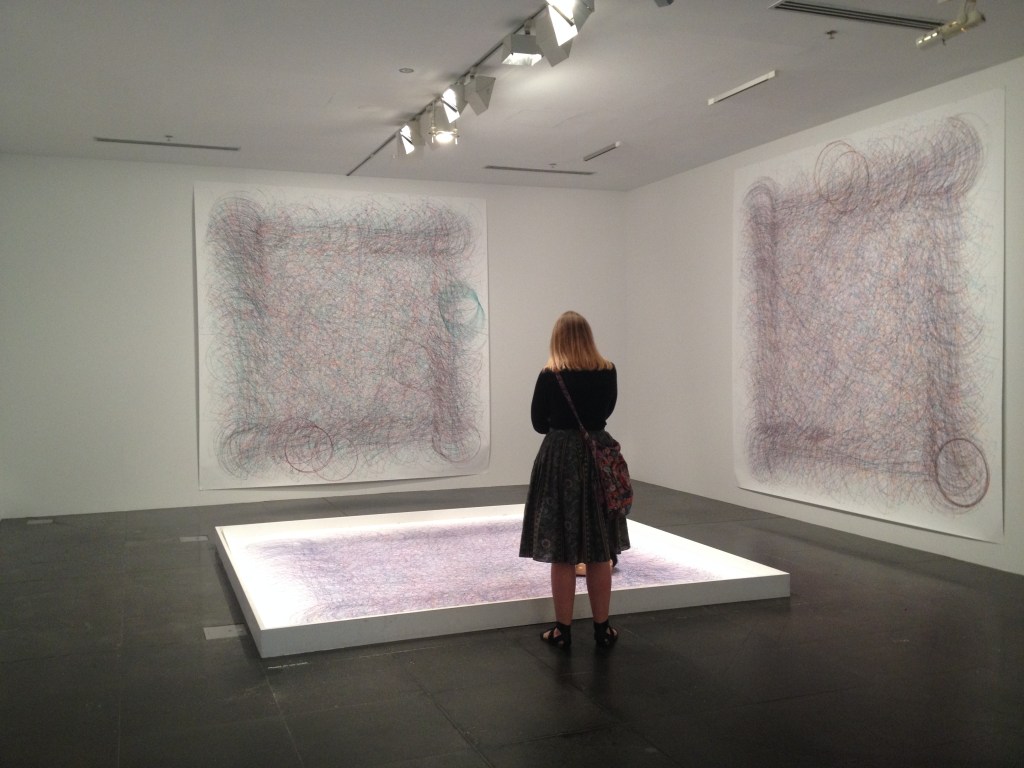 The Morrison Government has announced $1 million to support the development and touring of Australian and international exhibitions to 24 institutions across the country.

The funding supports touring in 2022 through the National Collecting Institutions Touring and Outreach program.

But while the funding is welcomed, closer analysis reveals that the visual arts sector is receiving considerably less relief compared to multi-arts festivals and the performing arts.

In total, 17 new and existing exhibitions will tour to national (even international) audiences thanks to the latest funding round. They are:

Federal Minister for the Arts, the Hon Paul Fletcher MP, said: ‘Locals and visitors can look forward to visiting these exhibitions as the vaccine rollout progresses and lockdown restrictions are lifted.’

An additional $220,000 has also been provided to two cultural institutions under the International Cultural Diplomacy Arts Fund (ICDAF). They are:

This week’s announcement has welcomed by a sector previously described as ‘precarious’ by the national peak body NAVA.

THE BALANCE IS OUT OF WHACK

Today’s announcement from Minister Fletcher’s office proudly states: ‘The Morrison Government is investing more than $1 billion into the arts and creative sector in 2021-22.’

While there are a number of different schemes on the table, we turn to the allocation of RISE funding – the Federal Government’s Restart Investment to Sustain and Expand Fund – to demonstrate just how out of balance the picture of ‘valued recovery’ is.

Based on these official batch lists, 324 arts and culture organisations have received RISE grants to date, totalling some $140 million, figures which the Minister’s office confirmed with ArtsHub.

Of those 324, a mere 38 (12%) have been visual arts organisation, while 44% of recipients have been performing arts companies, and 35% are multi-arts festivals (which are often largely performance-based).

ArtsHub asked the Minister whether small visual arts organisations and individual artists might expect future support from the Federal Government, e.g. artists who have worked on making new artworks over the past 18 months in the pandemic, only to have their work sit on the walls of a gallery whose doors have remained closed.

Such artists are desperately falling between the cracks.

A mere 12% Visual Arts orgs have been funded through RISE, while performing arts companies take the lion share at 44%, followed by festivals with 35% of the RISE pie.

A spokesperson for the Minister told ArtsHub: ‘In this fourth batch of projects, small to medium organisations account for 62% of successful recipients; approximately 33% of the funding will go to organisations in the not-for-profit sector and 58% to the commercial sector.’

Such figures relate to the total body of recipients and skirt the visual arts question posed.

The Minister’s spokesperson further confirmed: ‘The Morrison Government’s $475 million of COVID support for the creative economy has been especially important during such a difficult period for the sector’, and added: ‘the centrepiece has been the $200 million RISE (Restart Investment to Sustain and Expand) Fund.’

Earlier this month, the National Association for the Visual Arts (NAVA) voiced its concerns about the imbalance and called on Federal, State and Territory governments for greater support and recognition of Australia’s visual arts, craft and design industry.

Mimi Crowe, Co-Director of NAVA said in a formal statement: ‘It is time to talk about how artists, arts workers and visual arts organisations are valued in Australia.’

According to the I Lost My Gig survey, 823 visual arts events or shows have been cancelled since July 2021, equating to $1.65 million in lost income.

The survey also found that just 33% of respondents were eligible for Federal COVID relief packages and only 16% for State packages.

823 visual arts events or shows have been cancelled since July 2021, equating to $1.65 million in lost income.

I Lost My Gig

Penelope Benton, Co-Director of NAVA, said that while they welcoming the funding today, ‘However, many artists and arts workers will still be ineligible for existing schemes.’

The peak body has felt the pressure of this through their Artists’ Benevolent Fund, which was relaunched at the start of 2020 and raised $300,000 for crisis payments to artists. It has now been totally depleted.

NAVA is calling on the Australian Government to provide crisis funding for the visual arts in the same way it recently allocated $10 million to music charity Support Act.

Minister Fletcher’s office has confirmed that $40 million in relief funding (to date) was directed towards Support Act, $20 million to the SCREEN Fund, $5 million for Playing Australia Regional Recovery Investment and $90 million to the Show Starter Loan Scheme.

‘It is time for a different discussion,’ Crowe concluded.