Taxpayer funding of orchestras should be dependent on Australian content.
Michael Kieran Harvey 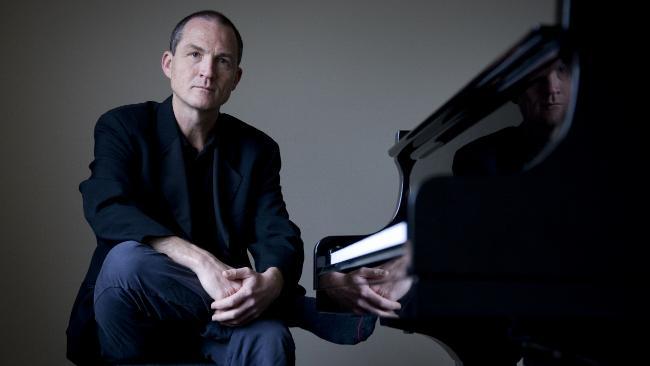 What would composer Peggy Glanville-Hicks think of the state of classical music in Australia today? Allow me to summarise:

What rehabilitation would Peggy recommend? I can’t be certain, of course, but I am fairly sure she would endorse most of the following points:

1. Only Australians should be appointed Conductor Laureates of Australian orchestras, with the responsibility of deciding repertoire. The current arrangement of imported conductors has resulted in an alarming decrease of Australian musical content.

2.  We should have mandatory 50% Australian repertoire on radio, other media and in concerts.

3. There should be core music education in the school curriculum so that everyone has a basic grasp of music fundamentals and so that kids will grow up with greater intelligence due to the indisputable, scientifically-supported beneficial effects of acoustic music-making on the white matter of their brains.

4. Music education, particularly of the disadvantaged, should be a priority for all music aligned bodies – there is a pressing need to expand the musical palate of all audiences.

5. At the moment, the orchestras and opera receive the lion’s share of tax-payer dollars, leaving other artists in desperate straits. The solution is that taxpayer funding to orchestras and the opera needs to be dependent on the percentage of Australian content. As that content is now only 7% that would free up 93% of the current triennial funding for distribution amongst the Australian composers and performers who are not connected with those “august” bodies, and who quite frankly offer far better “bang for the buck” as far as original, exportable content is concerned.

6. The Australian Music Centre is our main dedicated resource of Australian fine musical content and intellectual property. It should not have to go begging to the Australia Council for its funding along with the very artists it represents, but should be directly funded by the Federal Government.

8. We should ban the use of Australian taxpayer’s dollars to fund music and opera beloved of white supremacists and ban Australian tax dollars being used to fund international artist management groups and their conservative artists who peddle such un-egalitarian musical philosophy. Australia no longer has a White Australia Policy in case some opera lovers haven’t noticed.

10. We should  garner from the Australian public enthusiastic support for Australian instrument makers using local reclaimed timbers, such as Stuart and Sons – much as the Finns did with Nokia phones – and public ridicule for the naysayers and snobs.

I have chosen to spend my time encouraging especially Australian composers to continue to create new work for the piano. I do this not because I think that the piano is the cutting-edge technology it was in Liszt’s day. I do this because I cannot see the point in agreeing to management pressure to perform a more and more limited repertoire of antique covers. I don’t think classical music has stopped evolving, even if some older audiences do.

More urgently, I want to limit my carbon footprint as much as possible by working with my local community of struggling artists. The days of travelling the globe to service a music career at the expense of our planet have come to an end.

The creation of original intellectual capital for export (via technological means preferably) and for our self-respect I see as the only way forward for Australian classical music. The one-way, so-called “free” market philosophy pursued by our major Arts Organizations has been a disaster for Australian Music. I site the case of the Australian Music Centre and its current tenuous position. All that this free-market profiteering has achieved is to increase the global circuit (or should I say circus) of classical music snobbery and cultural imperialism to exploit Australian arts resources, but at the same time to exclude Australian performers and composers, (or in the case of one venue ghettoise them in a patronising series called “Local Heroes”). If you doubt this, take a swift survey of our Australian conductor laureates for starters.

We have a new generation used to getting their music free of charge – what prospects are there for our young musicians, hoodwinked into learning orchestral excerpts and opera arias, to say nothing of our hapless pianists and composers?

I try to live up to the impossibly high standards of commitment and vision of Peggy Glanville-Hicks and her ilk and I know I fail miserably. But I cannot think of a greater cause to aspire to for my limited talents. I sincerely hope for the sake of our young people that Australian art music continues to attract our brightest minds and does not turn them off by slavishly promoting competition philosophy and, consequently, importing musicians who do not have any sense of responsibility to young Australian musicians (to say nothing of the planet), and who do not respect Australian music, yet are given the power to dictate to Australian performers and composers how to spend our own tax money.

This article is an edited extract of the Peggy Glanville-Hicks address delivered by Michael Kieran Harvey. You can read the full text at the New Music Network.