Mobilising ideas and talent for the creative economy

Humanities and the creative arts have been identified as foundational for our workforces of the future - so why kill them with fees?
Dr Christina Parolin 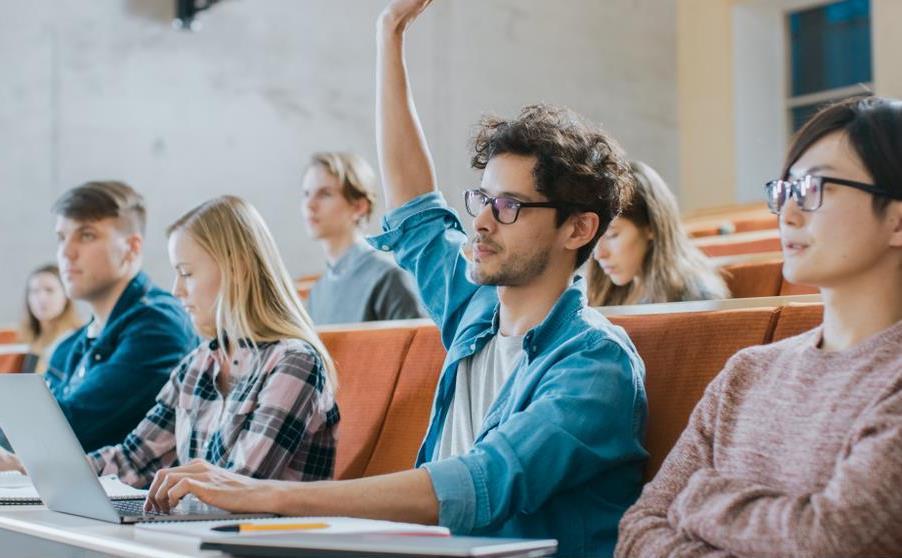 2020 has been a record year for challenges: catastrophic bushfires, a brutal global pandemic, the shutdown of our cultural and creative sectors, unemployment shooting up the charts, and a massive fee hike for those wanting to study humanities, arts and social science courses at university.

It’s nice to have some good news then.

While it went almost unnoticed, the additional $8M announced last Friday by the Minister for Communications, Cyber Safety and the Arts Minister, Paul Fletcher, for the National Library of Australia’s discovery platform ‘Trove’ was a boon during a funding drought. Trove is outstanding example of Australian ingenuity which has transformed Australia’s cultural landscape.

The bigger news, the recent government injection of $250M for the arts and entertainment sector, was generally well received as a step towards assisting a sector on its knees.

The announcement, which included news of the establishment of a Creative Economy Taskforce, sent an important signal that the creative economy is on the government’s radar for Australia’s recovery.

These industries employ over 600,000 people, more than mining and agriculture combined. And, until the pandemic, creative employment was growing at almost twice the rate of the wider workforce while many other industries had been shedding jobs for years because of automation.

But the government risks kicking an own goal in its efforts to mobilise the creative and cultural economy. The higher education reforms announced by Education Minister Dan Tehan not only introduces disincentives for students to take up society and culture subjects, it also restricts incentives for industry-research collaboration to STEM-focussed industries. This risks stifling the skills and capability base needed to power this vital sector of the economy.

The government risks kicking an own goal in its efforts to mobilise the creative and cultural economy.

Under the proposed changes, fees for many humanities subjects have increased by 113% with students undertaking a raft of culture and society subjects now bearing 93% of the cost their degree, up to $14,500 per year. Some creative arts and design subjects fare better – performing arts, visual arts and crafts, graphic and design studies and architecture students face an increase of 16%, up almost $1,000 to $7,700 per year.

Those who want to cross-pollinate and enrich their studies with subjects like media and communications, ethics and philosophy, cultural studies, history, management or commerce will pay dearly. And so too will the creative economy.

A 2019 report from the Government’s own Bureau of Communications and Arts Research (BCAR) Creative skills for the future economy provides a rich analysis of the opportunities for creative skills across the Australian economy, in and beyond the cultural and creative sector.

BCAR notes the ‘common misconception’ that these skills are predominantly found solely in ‘creative’ fields, such as the performing and visual arts. In fact, several of the subjects the government has earmarked for huge fee hikes are the very ones that underpin the creative economy, such as media and communications.

As BCAR’s research shows, media and communications is one of the most likely qualifications to be held by those employed in creative occupations, wherever they are across the economy. Creative skills also contribute to innovation-intensive industries. The most innovation-active sector (Information, Media and Telecommunications) has the highest portion of employees holding creative qualifications of any industry.

Of the six industries identified by BCAR as the fastest growing industries in 2016-17, three have leading shares of workers with creative qualifications – professional, scientific and technical services; rental, hiring and real estate services; and information, media and telecommunications.

Of the six industries least susceptible to automation, five are traditional humanities graduate destinations. These statistics, and others like it, make the rationale behind the Government’s university fee proposal even more unfathomable.

Hasan Bakhshi, one of the key architects of Britain’s highly successful Creative Industries approach, recently observed that disparaging the arts and humanities in discussions on higher education funding had become ‘a political bloodsport’ despite a growing body of research suggests that they will become even more important for work and industry in the future.

The skills and capabilities associated with an education in the humanities and creative arts – creativity and originality, ethical decision-making, analytical thinking and problem solving, the ability to grapple with and communicate complex, multifaceted ideas, and cultural agility – have been identified as foundational for our workforces of the future, and particularly for occupations that will resist automation.

The skills and capabilities associated with an education in the humanities and creative arts … have been identified as foundational for our workforces of the future, and particularly for occupations that will resist automation.

As BCAR notes, creativity is also intrinsically linked to cultural impacts and outcomes. Any move to create silos between the disciplines that have the human experience at their heart will restrict the crossflow of ideas and talent to the detriment of our students and our society.

The Australian Academy of the Humanities has long advocated for the need to incorporate creative, cultural and digital sectors in industry development programs, and for an approach to national cultural policy which connects and integrates with a broad range of government agendas, including education, research, industry, trade, health, defence, tourism, and diplomacy. Research undertaken by think tank, A New Approach, demonstrates the benefits that flow to all areas of our society through creative and cultural activities.

Given the magnitude of our challenges, governments should be mobilising all our expertise and talent, including diverse disciplinary perspectives that fuel innovative thinking, to come together for Australia’s economic and social recovery.

Historians have shown us how recovery from past crises required creative and critical thinkers, people with imagination, and people who could function brilliantly in rapidly changing societies. These were the people who inspired that necessary break from tradition to create a new normal that shook off the shock and horror of wars and pandemics.

Our current circumstances now demand that we embrace new thinking, and social, artistic and cultural dynamism. The humanities and creative arts in Australia must be front and centre to enable this to happen.

Dr Christina (Tina) Parolin is the Executive Director of the Australian Academy of the Humanities.  Tina has worked at the Academy since 2008, and was appointed Executive Director in March 2010. Tina has worked in a variety of policy and administrative roles across the higher education sector, including at IDP Education Australia and as National Manager, Education at the Royal Australian Institute of Architects. She is a member of the Australian Council of Learned Academies’ Audit and Risk Committee. Tina gained her PhD in history from the Australian National University. In 2009, she was awarded the J. G. Crawford Prize for her study, Radical Spaces, which explores the connection between architecture and space and popular radical culture in early 19th century London. During 2010–11 she held a Visiting Fellowship with the Humanities Research Centre at the Australian National University.  She is co-editor, along with Iain McCalman and Michael Davis, of Newgate in Revolution: an anthology of radical Prison Literature in the Age of Revolution.  Her book, Radical spaces: Venues of popular politics in London 1790–c.1845, was published in 2010 by ANU E Press.