Creating a character in confinement

Acting classes have had to evolve because of COVID-19, resulting in some remarkably liberated performers.
Claire Pasvolsky 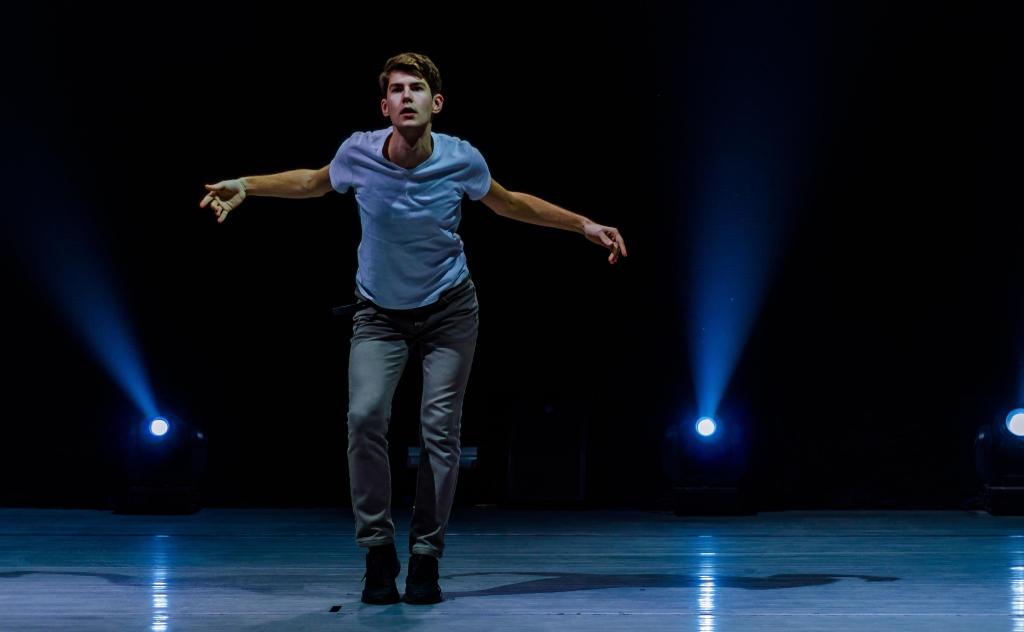 Photo by Vadim Fomenok on Unsplash.

An acting class, for a first timer can be terrifying. Students ask themselves, ‘What will others think at me?’ or ‘Will I make an absolute fool out of myself?’ or worse, have a panic attack in the car and never enter the space. But what if, you didn’t have to do that? What if you could dip a toe in the water without even leaving your home? You could even keep your ugg boots on!

These are questions I’ve been asking myself in the recent weeks, as a practitioner of film and theatre, but also as an educator. I teach up to 25 students at a time at The University of Newcastle, mostly in Media and Communications. Watching up to 25 students at a time and trying to engage with them via Zoom, without the usual tools we have in person, such as reading social cues, was, I have to say intriguing, hilarious, exhausting and sometimes, bizarre. For example- pyjama etiquette, students Zooming in from bed, making their breakfasts or rolling a cigarette. There was, in this fascinating new paradigm, an element of voyeurism as well as humour.

Due to the fact I had to learn the techniques of Zoom fast, and that you could send students into breakout rooms, only to sneak up on them, as if by magic, instantly appearing and startling them (I felt a little like Endora in Bewitched), I started to think about teaching an Acting course via Zoom.

I am now several weeks into the six-week course, ‘Creating & Sustaining A Character’. The participants, during this time, stay with one character.

Classes need to be kept small in order to balance the connection and dynamics between the group. I have included the exercises we conducted in Week One, where the characters were ‘born’, in case anybody wants to try this at home.

The next part of the process, would then be to record or video your writing, listen to it and reflect, after which we would focus on how to redraft and craft your monologue – workshops which can also be helpful to writers and directors who want to understand the mechanisms of creating and sustaining a character, not just actors.

A sense of liberation

It’s been fascinating to watch this process unfold over the past few weeks, and the students recently reflected how much they were enjoying the experience. Generally, they are feeling liberated by the process, perhaps due to the fact that their performances are contained, but also because they feel a sense of safety in their own creativity.

Now, all of the students feel an emotional attachment to their creations, who, generally speaking are very different to roles they would normally gravitate towards, something which is unique to this process.

Students have found that there is a great deal that they can do with their limited spaces – we have actors creating costumes, sets and soundtracks within their miniature ‘stages’. Sometimes they connect with each other in scenes; at other times they are standing alone in their own worlds. The actors push their boundaries each week with how far they take their characters and to where, and use their own restrictions of time, space and sound to perform in their own homes to a captive audience: our class.

I cannot wait to see what happens with the characters next week where they will do scene work in Zoom breakout rooms and then come back to the whole class to perform.

What is especially fascinating to observe is the performers’ freedom, to varying degrees, in their confinement. Not only are they performing in their bedrooms or home offices, with family or flat mates in other rooms, but they are also minimising their physicality in order to perform to their webcams and do scenes with fellow actors in other suburbs or cities.

The actors generally are experimenting more with their characters, taking greater risks and perhaps feeling supported by their own environments, but also feeling occasional frustration with the high level of concentration needed, interruptions from family pets or husbands (a bird flew into view the other night and landed on an actor’s shoulder!) or technical issues.

There appears to be a great deal of creative liberation in this time of self-reflection and isolation. Those of us who are artists have often already experienced overwhelming feelings of isolation and dark nights of the soul. It was during these times we have turned to our creative practice to see the light of the morning, to realize we had forgotten about our problems for a few hours because we were so ensconced with our own artistry.

Claire Pasvolsky is a writer/director and an acting coach and lecturer at The University of Newcastle, where she is also a PhD Candidate in Screenwriting.