Australians at Venice Biennale – what does the history say?

A new book maps out the cultural aspirations and artistic accents of Australian representation at Venice Biennale, once Anglo-derived, now definitely cosmopolitan and Indigenous.
Juliana Engberg 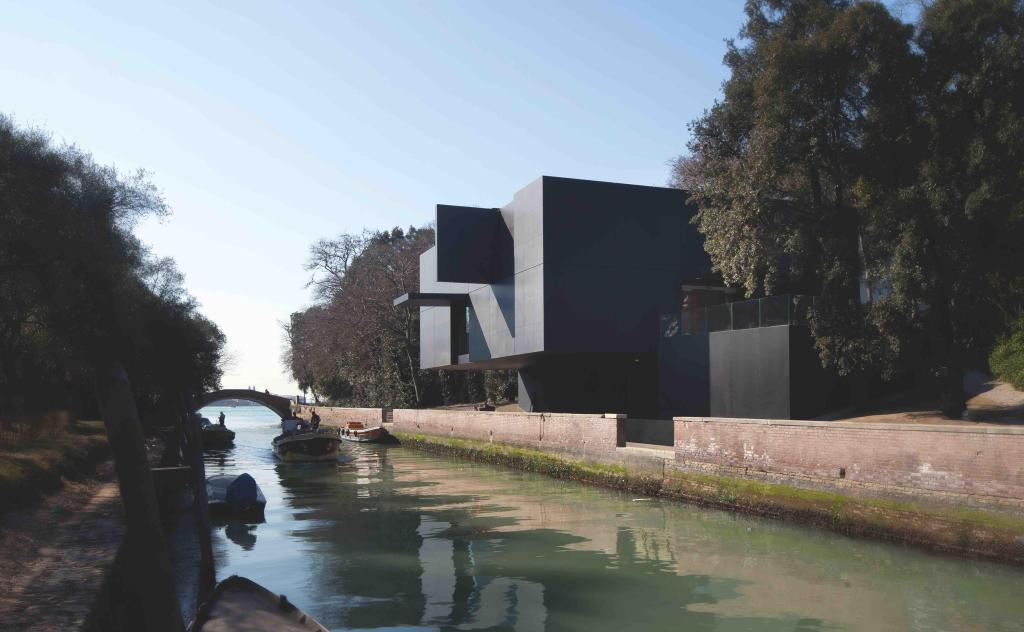 Every time I hear the worn-thin description of the Venice Biennale as the ‘Olympics of the Art World’ it makes me want to run full tilt into a brick pavilion. Where this idea was hatched, I am not certain. But I only ever hear it in Australia, where sport reigns above all else, so I’m pretty confident we are the progenitor of this wrong analogy. Just to be perfectly clear, it’s not a race, nor a competition. It’s a participation.

To participate in the Venice Biennale is to have the opportunity to enter into a milieu of experimentation, contest of ideas, dialogue of forms and discovery of shared and divergent aesthetics – each pursuing a way to express the sentiments, contexts and issues of our time.

The Biennale’s particular concentration on ‘contemporary’, meaning ‘with the times’, is a guide to this understanding.

Since the Biennale’s inception, in 1895, Australia has participated in many editions of Venice. But not all. Between 1897 and 1988 Australia made quixotic appearances as an exhibitor. High moments include 1954 when opportunistically (the works were already in London) the parched-land, red-earth pictures of Sidney Nolan, Russell Drysdale and William Dobell hit a postwar, apocalyptic note, coinciding with a receptive mood in Europe.

In 1956 Albert Tucker (who was in Rome) showed his works reflecting upon Christian agonies and Australian rural relicism. And, in 1978, the materialist, alchemical and earthed works of Robert Owen, John Davis and Ken Unsworth found a simpatico reception in the arte povera moment.

Other occasions triggered high emotion: incredulity at the retrograde inclusion in 1958 of Arthur Streeton in the Robert Menzies–led era; bemusement and outrage at Tony Coleing’s Vegemite sandwiches and antinuclear yellow cake in 1980.

In many ways 1978 can be seen as an ideological and cultural shift in respect of Venice. The formation of the Australia Council and its charter to ‘promote the knowledge and appreciation of Australian arts … to persons in other countries’ provided a confident directive.

The appointment of a selection committee consisting of art professional peers, chaired by the well-informed, well-connected and curatorial-minded Elwyn Lynn, ensured that the Australian participation that year was aligned with international trends and fitted assuredly into the theme of the Biennale – From Nature to Art, from Art to Nature.

Australia’s participation is a history of politics articulated through art. Its ups, downs and sidesteps reflect waves of conservatism, growing national identity, policy shifts and prioritisations and, of course, the ‘Tyranny of Distance’ and economics.

Until the late 1970s it was also burdened by feelings of inferiority, with many efforts being financially assisted by Britain maternalistically.

From 1988, after a long campaign commenced in 1907 by Antonio Dattilo-Rubbo, continued by Nolan in 1954 and later ignited by our Bicentennial celebrations, Australia finally committed to erecting a pavilion which was to compel and guarantee our continued presence in all Biennale editions.

The original (temporary) Philip Cox–designed building is now gone. In its place is the commodious, confident black box designed by Denton Corker Marshall, nicely nestled in foliage and seemingly there to stay. That’s a very potted history and in other pages you will no doubt learn about the fits and starts of this long campaign.

So what does it mean to be a participant in such an exposition of world art?

If you ask an artist they will tell you that it is about being part of the aforementioned environment of showing with peers and exploring ideas through their practice. Naturally they hope for opportunities to accrue from the exposure to the largest gathering of international curators worldwide who attend the event. They dream that their work will find responses in the minds and ideas forming in curatorial plans globally. They also hope that showing in Venice will generate a new phase in their career that will enable them to be in the world with their art and not just visiting it on this one tremendous occasion.

Evoking the ‘Tyranny of Distance’ clause, it is still difficult for Australian artists to establish international careers if they are based in Australia.

Artists will also admit it is a heavy responsibility to ‘represent’ one’s country, which is inevitably the burden they are given when showing in a national pavilion. A pavilion is, after all, a form of embassy and, supported by government, it carries the impression of authority and political sentiment.

Given the swings of political ideologies, those sentiments might be in total misalignment with the ideas an artist wishes to pursue. So it is a delicate balance between being ‘presented’ by your country and ‘representing’ your country—a distinction often lost on senates, committees and patriots.

That is not to say that Australian artists come without ideas and aesthetics formed as part of their own culture. All artists who come to show in Venice do. There will always be national nuances, even in the sometimes generic contemporary. That’s what makes it interesting, from the point of view of curator and audience alike.

For instance, Susan Norrie, in 2007, wanted the international audience to realise that Australia was a part of the Asian region and that multinational mining industries were exploiting the environments of Indonesia, with catastrophic outcomes, such as causing murderous mudslides.

She couched this inside the well-recognised antipodean apocalyptic aesthetic relayed through video. In her off-site pavilion there were diverse curatorial conversations about a region still mysterious to many.

Callum Morton, also in 2007, delivered another apocalyptic vision, this time of ruined modernity: his Valhalla no longer a place of European architecture gods but an antipodean Hades of endgame, postmodern uncertainty and diminution.

In 2013, Simryn Gill allowed the rot to seep in as a final farewell to all that was solid – both the Cox-designed pavilion and the state of the global environment. Another apocalypse. Shaun Gladwell, in 2009, carried roadkill in an homage to Mad Max and the wastelands of Nolan’s and Tucker’s dead-earth school – ‘very Australian’, one British critic remarked to me. ‘Deliberately,’ I said.

As befits our traditions, where there was terror there was also beauty. Rover Thomas in 1990 revealed deep Indigenous land-knowledge in paintings of earthly splendour, a celebration of Country still incomprehensible to many. Howard Arkley, in 1999, delivered joyousness in the patterns and shapes of an Australian suburbia formed through European design dialects. And in one of our most recent presentations, Angelica Mesiti orchestrated the aspirations of newly forming democracies developing from the ground up in communities of youth, and indigenous and displaced peoples globally, exemplifying a contemporary Australia, open to the Other and working in cooperation to make change for the better.

Australia’s participation in Venice can be read as the development of a set of cultural aspirations and artistic accents, once Anglo-derived, now definitely cosmopolitan and Indigenous.

It can also be seen as a set of urgent ideas seeking a dialogue. It makes for a fascinating conversation and a thrilling participation.

This is an extract from Juliana Engberg’s Foreword from Australia at the Venice Biennale, a new book by Kerry Gardner (Miegunyah Press) launched 1 June.

Kerry Gardner is chair of Australia at the Venice Biennale and a documentary film maker. She was Deputy Chair of Heide Museum of Modern Art, and a Director of the Museum of Contemporary Art Australia. She was awarded an Order of Australia in 2018 for contributions to the culture, environment and equality sectors.

Juliana Engberg is an internationally recognised curator, cultural producer and writer. Most recently she was the program director for European Capital of Culture Aarhus 2017 in Denmark. She has previously held the position of Artistic Director of ACCA (Australian Centre for Contemporary Art) from 2002 – 2015, Artistic Director 19th Biennale of Sydney in 2014, and curated the Australian Pavilion for the Venice Biennale in 2019. She was also on the Venice Selection Panel for 2021. Engberg is a professorial fellow at Monash University in the Faculty of Art, Design and Architecture, and an adjunct professor at RMIT in the Faculty of Architecture and Design.