Vale Kate Daw, who lead a generation of creatives at VCA

Known for her generous spirit and her rigorous desire to interrogate contemporary art, VCA's former head of school will be deeply missed by artists, curators and academics alike.
Gina Fairley 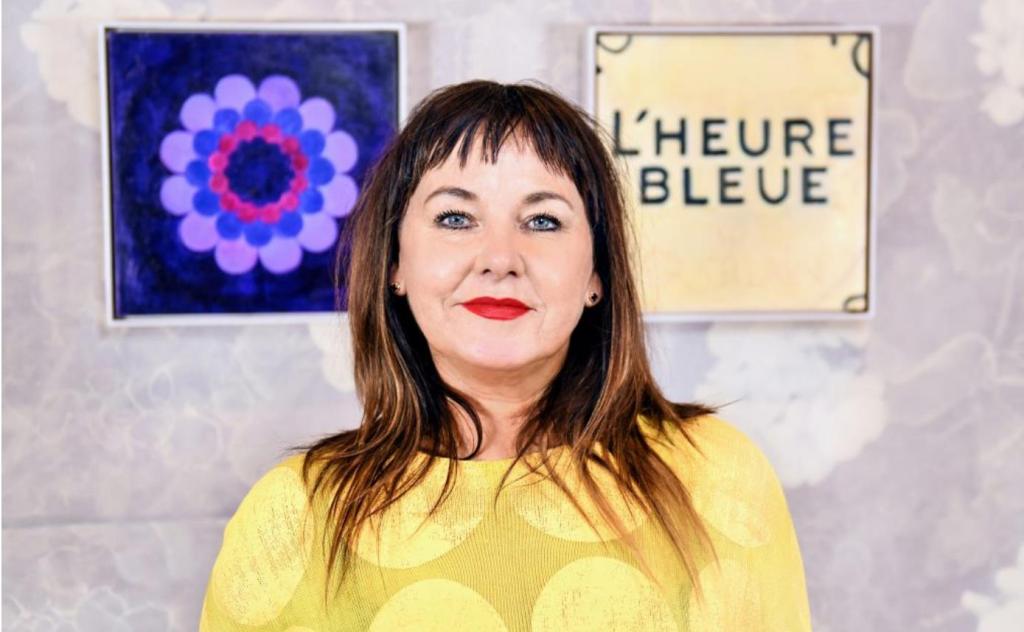 With the Melbourne art world already low from a suite of COVID-belly punches, the news this week of the passing of artist and mentor, Dr Kate Daw (1965-2020) was especially hard felt.

Esperance-born Daw was a seminal arts figure in Melbourne for many decades, as an artist, educator and advocate, most recently holding the position of Head of VCA Art at the University of Melbourne’s Southbank campus.

She contributed to a contemporary art dialogue with great vigour, and mentored and collaborated with many artists across her broad career, showcasing her huge heart and sensitivity.

Gertrude Contemporary described Daw as ‘a friend to all who made her acquaintance,’ while Max Delany, Director, Australian Centre for Contemporary Art (ACCA) said, ‘Her art, life and friendship enriched us immeasurably’.

Daw’s practice was primarily conceptually focused, inspired by ideas found in literature, design and culture and their intersection with the domestic sphere and notions of authorship and feminist history.

‘One of the things I’m really interested in is memory and fragmented narratives. Proust, who I’ve used often in my work, is a great example of that – the idea of a single memory spanning out to fill 12 volumes of work is fascinating to me,’ she said in a 2018 interview.

Dr Kate Daw prepares an installation for All the better to see you with: Fairy tales transformed exhibition at the Ian Potter Museum of Art, 2018. Photo Drew Echberg.

After dropping out of arts school in Perth aged 18, it was moving to Melbourne that helped Daw’s career take root. She completed her undergraduate at the Victorian College of the Arts (VCA), then started her MFA at the Glasgow School of Art, after being awarded the 1995 Anne and Gordon Samstag International Visual Arts Scholarship, completing it at RMIT on her return to Australia in 1997

Daw returned to the VCA as a sessional staff member in Painting in 2000, eventually taking on the role as Head of Painting for five years, before moving into the head of school position in 2018. She was also appointed Associate Director for Partnerships and Projects for the school at that time, and was responsible for nurturing philanthropy.

She was dedicated to creating an environment that was ‘dynamic and agile’.

‘My vision as Head of VCA Art involves seeing – and believing in – culture as a force for positive change in the world. In practice, this will mean active promotion and lobbying for the impact and reach of culture and creativity as catalysts for positive societal change,’ she said in an interview, when appointed in June 2018.

Fellow artist and colleague Professor Jon Cattapan writes of Daw: ‘Kate was a true all-round influencer. She knew how to connect ideas and people and this special skill was instrumental in her work developing and mentoring the next generation of artists. She taught them to think deeply about how and why art can engage socially and politically and still be a personal and aesthetic undertaking. She allowed them to have fun with their ideas.’

However, it was her words to Paul Dalgarno that same year that showed her true empathy for her students: ‘I always get nervous, and not just about showing my own work. As Head of Painting at the VCA I get nervous every Graduation Show on behalf of my students, especially around that moment when all the work is revealed and its success or failure is judged on how it looks. That’s quite a stressful thing. You’re very invested emotionally when you’re exhibiting. In my case, if I wasn’t feeling nervous or on edge, it would probably mean something was wrong.’

Daw loved collaborating, and often involved drew on a community of artists, writers, designers and arts institutions in her art practice.

‘I’ve always been really interested in art’s ability to communicate social and political issues in a way that can empower people, and Glasgow was all about that. I felt like I’d arrived home. My mother is Scottish and the man I married is from Glasgow, so I’ve just got this affinity,’ she told Dalgarno.

truly shocked and saddened to hear about Kate Daw’s passing today. what an incredible artist, human, teacher and…

Continuing a connection with all things Scottish, Daw found herself working with Scottish artist Stewart Russell, a long term collaboration that started in 2007. Their permanent public artwork Civil Twilight End (2011) at Melbourne Docklands, is a bell tower that tolls every evening at sunset.

‘Our collaborations tend to be socially focussed, with a strong narrative,’ Daw once described.

She also found great inspiration and connection with India, where she was the recipient of an Asialink Residency.

Daw presented her work at Sarai Institute in Delhi (2012) and took part in a conference with 10 Australian and 10 Indian artists in Jaipur in 2013 with the Australia India Institute. That same year she had a solo booth at the India Art Fair (2013), and in 2014 initiated and led a group of VCA art students in a series of meetings with key artist in Delhi.

She exhibited nationally and internationally since 1992, and was represented by Sarah Scout Presents. In 2006, Daw held a major solo exhibition at the Art Gallery of Western Australia; she also presented major exhibitions at ACCA, Ian Potter Museum of Art, Melbourne Town Hall, the 2014 Biennale of Sydney, Melbourne Now at the NGV, and various art fairs.

Most recently, her work was included in the two important group exhibitions, Unfinished Business: Perspectives on art and feminism (2018) at ACCA and All the better to see you with: Fairy tales transformed (2018) at the Ian Potter Museum.

Tributes to Daw have flooded social media this week.

Gertrude Contemporary wrote: ‘Kate’s contribution to Gertrude and the cultural life in Melbourne has been significant and longstanding. As an artist committed to exploring narratives of intimacy, nostalgia, vulnerability and care, she evolved a practice attuned to and in symphony with the verve with which she lived her fulsome life. As an educator, Kate has influenced, inspired, and supported generations of artists through her extraordinary commitment to and tenure at the Victorian College of the Arts.

‘Most recently, Kate served on the Gertrude board during a period of dramatic transformation for the organisation, but her involvement as an artist traces back to the early 1990s. Her intelligence, warmth, emotional insight, creative sensitivity and tireless advocacy will be sorely missed, but never forgotten.’

Among her other achievements, Daw was Chair of the Creation panel (New Work) at Arts Victoria and a Board Member of the Australia Council Visual Arts Board (2011-2013). She was a recipient of a 2008 State Library of Victoria Creative Fellowship and completed the inaugural Basil Sellers Fellowship residency at MCG.

Daw died on 7 September 2020. She is survived by partner Robert Hassan, and children Theo and Camille.