With a career spanning over a quarter of a century, poet Jordie Albiston's words flowed to the end.
Thuy On 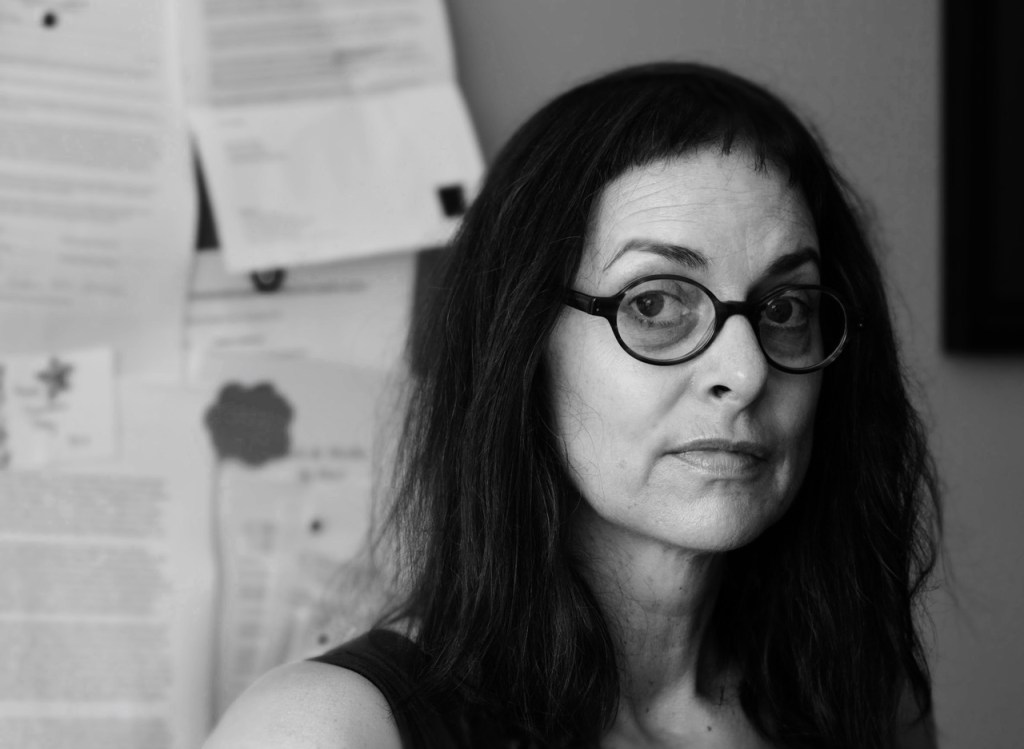 ‘Without a doubt, one of the great Australian poets.’ Photo supplied.

‘Bout after bout I fight my body
over who will rule us, me or
her, and round after round sees
me thrown down, knocked out’

The poetry community has been devastated to learn that the life force of Australian poet Jordie Albiston has indeed been ‘knocked out’. Albiston, 60, died on Tuesday 1 March 2022.

A colossus in the poetry world, Albiston was one of the finalists in the Melbourne Prize for Literature 2021, an award that honours an artist’s collective body of work.

Albiston made an outstanding contribution to Australian literature and to cultural and intellectual life. With a career spanning over 25 years, she was prolific in her craft and skipped nimbly across forms. Her first book was released in 1995 and her literary legacy includes 17 books of poetry for adults (with two more forthcoming titles slated for publication later this year) and three volumes of poetry for children. She also edited two books of poetry.

Who was Jordie Albiston?

Born and raised in Melbourne, Victoria, Albiston studied music (flute) at the Victorian College of the Arts before completing a Doctorate in English at La Trobe University and then turning to writing. Her poetry has been widely published nationally and internationally.

In recognition of her work, the poet was granted several fellowships and garlanded by many organisations, winning accolades from the Mary Gilmore Award, NSW Premier’s Prize, Patrick White Award, and Wesley Michael Wright Prize as well as been shortlisted for a raft of others.

Two of her books have been turned into music theatre performed at the Sydney Opera House. Botany Bay was reconfigured as a performance work called Dreaming Transportation with The Hanging of Jean Lee also transformed into an operatic libretto. Her work has been set to music by many other composers.

Albiston’s most recent publication, Fifteeners, was released in 2021 and spoke to her enduring fascination for the sonnet form. Not content to remain within its traditional 14-line  parameters, Albiston’s forever questioning sense of play led her to craft her own 15-line version – hence the title.

She was a disciplinarian in her craft, an elegant classicist who nonetheless knew how to bend and break the many constricting rules of rhyme, metre and line space for resonance and impact. Throughout her entire oeuvre, the reader bears witness to Albiston’s nuance and sensitivity and sees how her musical background reveals itself in cadenced lyrics. Her flair for experimentation meant that no new book resembled the previous effort.

Through her biographical narrative pieces, Albiston touched upon historical events, re-imagining the stories of the last woman hanged in Victoria, the women settlers of Port Jackson and Botany Bay, WWI soldiers in Victoria and an Antarctic adventurer. But Albiston also looked inwardly and reflected upon perennial, evergreen themes of domesticity, desire, and loss set in contemporary times.

Her febrile interest in mathematics and chemistry meant that her poetry was often exacting in its form. As for their contents – it’s impossible to pin down her interests. How can one do that for a poet who roamed so freely? Who else but Albiston could harness the periodic table as a trope to explore the fundamentals of love?

Aside from her plying her writing skills, Albiston was also a manuscript assessor, proof-reader, editor and mentor. There’s been a chorus from fellow poets on social media lauding her work and from others whose careers she has nurtured over the years.

Andy Jackson, who first met Albiston at the launch of her 2003 book The Fall, told ArtsHub: ‘Meeting her was to come close to such gentle warmth, modesty, and fierce, unpretentious intelligence. I remember asking her to launch a book of mine in 2015, which she said was a privilege she would have to decline, as it was just something she didn’t do.

Jordie had integrity. She seemed to me to be someone who wasn’t interested in the manoeuverings and politics of the scene, but with poetry itself.

‘She leaves behind an incredible body of work – disciplined, ambitious, radical, hypnotic – poetry your body immediately recognises as true. An incredible loss, which I think as the years go on will only feel more profound,’ Jackson said.

Associate Professor Jessica Wilkinson and Editor-in-Chief of a journal for non-fiction poetry, Rabbit, was similarly affected by Albiston’s kindness: ‘Jordie was unparalleled in terms of craft as an Australian poet – I have always been in awe of her ability to reinvent her approach from book to book, to seduce the ear as much as the mind, and to demonstrate such attention to every mark on the page.’

Wilkinson also noted her power and influence on her style, telling ArtsHub, ‘Her quiet dignity as a poet, not to mention her generous support and mentorship of other poets in our community, is something we could all aspire to uphold. She has been the single greatest influence and inspiration for my own poetry writing. I will miss her greatly.’

For Alicia Sometimes too, the impact of Albiston’s legacy will reverberate forever more. Sometimes told ArtsHub: ‘It’s not an overstatement to say the loss will be felt fiercely in the Australian community for many years to come. Not only was she a brilliant, incandescent poet and writer who could slice and stitch words by masterly means, she was also a mentor and a guiding light for so many.

‘I loved her approach to writing, the music and the mathematics of her words. I relished in the topics she chose to focus on. She was meticulous in her research and detail to form. Her constellation of work was so often ground breaking. Jordie was kind, inspiring, daring and she was so loved. I can only hope she knew how much she meant to so many of us,’ Sometimes said.

Amanda Anastasi followed suit, posting on Facebook: ‘Poets like Jordie redefine what can be done poetically. They show what being master of the craft actually is. Without a doubt, one of the great Australian poets.’

Poetry has much to answer for as we rant our
raves and weave our mandalas of sand: it leaves
overnight like a circus from town, treads over
its tracks, the whole thing, come morning, gone.’

‘Apostrophe’ from The Fall

Thankfully, Albiston’s words are more steadfast and will not be washed away by a capricious tide but will continue to provoke and inspire new generations of poets.