An injection of $300,000 in donations has kept CAM’s doors open for a little longer, but staffing remains uncertain for the Victorian gallery.
Gina Fairley 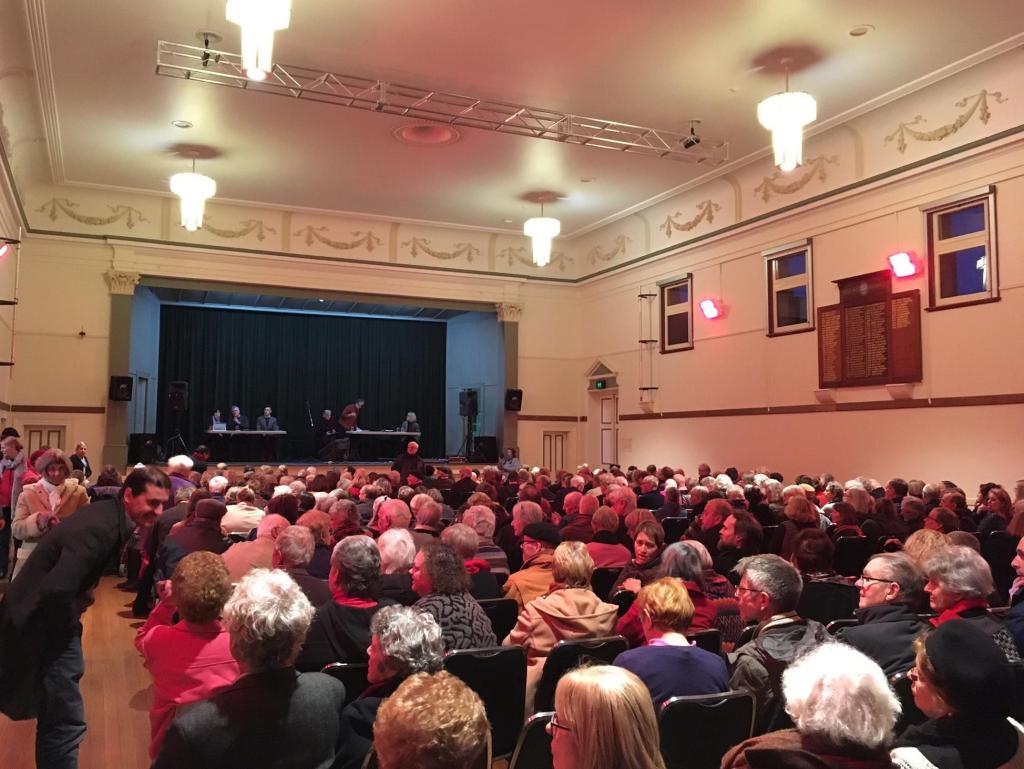 The tweets were rolling out from journalist Mark Kearney of the Bendigo Advertiser, who attended a Town Hall Meeting last night in Castlemaine (2 August). The topic was the imminent closure of Castlemaine Art Museum announced last week. The breaking news was that two significant donations have ensured that the gallery will stay open.

An anonymous donation of $250,000 was announced to keep the gallery functioning for two more years at a basic level. The announcement was made by CAM Chair Jan Savage.

The donor said in a ment released on their behalf by Sotheby’s auction house: ‘We see this as an opportunity to secure the museum’s long-term future and develop it as a one of the premium provincial museums in Australia.’

Kearney reported: ‘All that is known about the anonymous donors is that they are a couple from central Victoria with family ties to the district and who were regular visitors to the gallery.’

Shortly after the announcement, another $50,000 from the McFarland Foundation was offered.

Near 400 members of the central Victorian gallery met in support of the gallery. The gallery had been slated to close on 11 August.

Kearney reports that opinions leaving the meeting were divided, with some CAM members calling for the board’s resignation.

The Board was criticised for not being more transparent and speaking out about the closure. Savage said the board had chosen not to go public to protect staff uncertainty.

It remains unclear what Wednesday’s bailout will mean for the six staff, who had been notified of their termination effective 11 August.

Creative Victoria announced at the meeting that it would underwrite a full review of the past five years’ finances, to assist the board’s ongoing efforts to find a sustainable funding source and governance model.

Museum Trustee George Milford told the assembly that ‘the gallery had become increasingly dependent on the trust to cover operational expenses. Almost $1 million of trust money was directed to the gallery the last three years, with about $160,000 of that sum spent last month alone.’

It is believed that without last night’s donations, CAM would have fallen up to $400,000 short of the figure needed to keep the gallery afloat in 2017-18.

Board director Chris McAuliffe told the assembly gathered: ‘There’s no sitting back and loving CAM’, they must be involved to realise CAMs future.

He told that meeting that CAM needs to find its distinct identity as part of the future survival.

CAM is a non-government organisation independent of Council. Less than 10 per cent of its funding currently comes from the Mount Alexander shire. In July 2015 CAM became incorporated, distancing it from the Stoneman Foundation, which had been its primary funding source.

While the change opened CAM to philanthropic donations, the timing was criticised by Sue Roff, President Public Art Gallery of Victoria, as ‘irresponsible’ for not securing alternative funding first.

In the wake of recent events, the gallery will open fewer days. Savage said the hours mooted were from Thursday to Sunday, from noon until 5pm.