The importance of ‘selves-care’ on the road 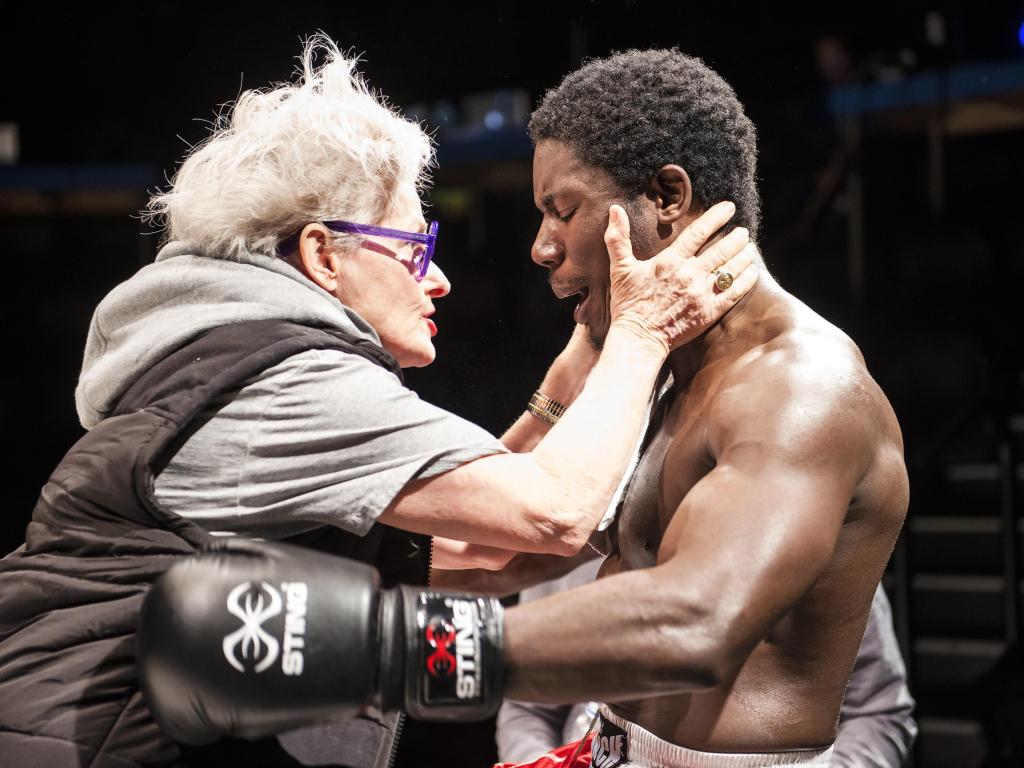 ‘Prize Fighter is, in every respect, theatre that matters’ (ABC Arts)

‘Prize Fighter stares into the darkest corners of the heart and finds a nimble, muscular drama that weaves between two worlds-and two faces of violence-with visceral precision’ (The Age Arts)

‘This is a powerhouse production. Performances are committed, forceful, moving, true’ (Daily Review)

‘Taking up the role of Isa, Pacharo Mzembe’s expert acting left the audience with goose bumps, and his storytelling was immersive and powerful. Joined by a cast who played an array of characters, the performance was moving and forceful. It was no surprise that at the end of the show almost every person in the room broke into a standing ovation’ (TheAuReview.com)

We often had post-show Q and A’s (which our legendary Tour Manager Daniel Sinclair liked to call ‘qanda’) and a popular question asked by audience members was ‘How do you prepare for such a gruelling performance?’

We, as a physical acting ensemble, realised the importance of ‘selves-care’, particularly due to the play’s subject matter. We called it ‘selves-care’ because it was always in relationship to each other. We were trying, as an ensemble, to break down the isolation that actors often feel when on tour and to ensure healthy practices so that our last performance was as powerful as our first.

Our play was violent, dangerous and exhausting.  In each new venue we had to reinvent the staging: sometimes we played to an audience on two sides of the set, sometimes three, sometimes four, and our final shows in Wollongong (with the delightful Merrigong Theatre Company) were played proscenium on a raised stage and a raised set, quite a distance from our audience. The show was originally directed for the round with audience members on all four sides of the boxing ring which enabled strong audience interaction, stymied in proscenium.  These constant changes in staging were exciting challenges, something we embraced with energy and curiosity, and not a little bit of difficulty.

In order to perform at our best, and embrace these continuous changes, we had a rigorous wellness program, sometimes working together, other times alone but always with our ensemble and our performance in mind.

Our wellness program embraced the body, the mind and the spirit.

Like most touring ensembles, we engaged in substantial aerobic activity each day: weights, running, shadow boxing, walking or swimming. It helped that we had actors dedicated to physical fitness. Pacharo Mzembe played Isa, the central character who boxed throughout the play. Pach consistently trained each day, running, shadow boxing and engaging in gym sessions with Gideon Mzembe, his brother (both on and off the stage), a professional fitness and lifestyle coach and a former Broncos footballer.

Marcus D. Johnson, a professional boxer from Los Angeles, played Isa’s father and Ratidzo Mambo, normally based in Los Angeles, played his sister.  New NIDA graduate, Mandela Mathia, played Kadogo (Isa’s friend) while I played Isa’s manager. As an ensemble, we took daily physical exercise very seriously.  We explored the parks and walking paths around each town, informing each other through WhatsApp about the best places to train.

We were very mindful of what we ate and drank, no different to most touring ensembles. Plenty of salads, vegetables and protein. Smoothies and fresh juices were popular, and in each town, we found a restaurant to call ‘home’. In Melbourne we loved Dead Man Espresso (really fine beetroot shots!) with a generous chef called Allan who catered to our diets. In Geelong it was the little café next to Organic Larder and in Wollongong there was a delightful Mediterranean and Lebanese restaurant, Samara’s. We regularly ate together as a team, knowing the importance of connectedness. On the final night of performance in each town we shared our leftover food or found a place to eat together before moving on.

But to stay healthy, we knew we needed more than just physical fitness and nutritious food. And this is where I think we were unique. We decided that we needed to embrace a protective process to ensure we finished the tour emotionally and spiritually enriched. I tentatively offered a yoga practice that I had been engaging in throughout my yoga teacher training. The Prize Fighter team agreed to commit to group meditation each evening before beginning our more general warm up and game playing.

Our process was simple. At 6pm (for an 8pm show) we lay down our mats or towels, turned down the lights and meditated together.  Most times we placed our backs on the floor and our lower legs on a chair, a modified yoga pose called Viparita Karani or Legs up the Wall, while we chose our intention for the session.   We then lay fully on the floor and engaged in a Yoga Nidra session.  I cannot remember a time, in 40 years of acting, where a whole cast voluntarily lay together, day after day, month after month, focusing on awareness, our senses and different parts of the body. We discovered ways of resting the body fully, and at the same time resting the mind while increasing our awareness. We explored our intentions without judgment. This was an opportunity to put any personal difficulties aside, those slight niggles that sometimes arose on a day to day basis. They seemed to dissolve. This was a process that impacted our idea of ensemble. It gave us space and at the same time it gave us a sense of belonging.

Last week, I chatted with some of the cast who engaged in this daily ritual and their responses included the following:

‘Yoga Nidra centred me, heightened my senses, slowed me down. I felt like Yoga Nidra was the bridge giving me clear vision. It opened a door to see potential and safety. A perfect equilibrium of who I was and what I could be’ – Rati Mambo

‘Before I do anything I like to be calm, centred and focused. Yoga Nidra allowed me to do this. It allowed me to understand where I was at. What I was about to do.  I centred my breathing. I noticed my thoughts. 50% of my voice preparation came from Yoga Nidra.’ – Pach Mzembe

‘Peace of mind…whenever I was about to start the show I found myself rushing, panicking, my mind all over the place. When I came to Yoga Nidra, after five minutes I dropped in, calmed down, relaxed mentally and my body fell onto the floor without me trying to relax. It was a mental thing. Not trying to relax but just relaxing; “being in it”. When I first started out it was hard to bring my attention back to the present. The more we did it, the easier it became.’ – Mandela Mathia

‘For me Yoga Nidra was very important because it allowed me to tap into my spiritual self, the higher version of myself, something that I have difficulty with sometimes.  It reminded me of who I was. And in so doing, it gave me freedom to then become my character to tell the story.’ – Gideon Mzembe

As a participant, I too found that Yoga Nidra was a powerful centering tool. We came together as a group to engage in an important performance ritual. After we shared our quiet space together we seemed to be more open to offers, more appreciative of each other, more able to listen, to respond and to grow the space between us. To have a conscious intention for each performance meant that every time we performed, we moved closer to the best version of ourselves.

Future D. Fidel’s Prize Fighter has been pure joy for all involved. We left it richer, with more hope for our world. I hope that we get to tour Prize Fighter internationally, because it has a huge message that is relevant to the entire world. I think the message is simple: ‘Let’s not judge each other before we have an understanding of each other’s story’.

Simple yes, but profound.  Difficult to do. But not impossible.

Dr Margi Brown Ash is a theatre maker based in Brisbane and Sydney. She is also a lecturer, playwright and psychotherapist for artists. Her research focuses on healthy living for artists. www.margibrownash.com and www.4change.com.au