Lightbulb moments vs slow dawning: learning to love the arts

Artists and arts workers discuss falling in love with the arts – for some a flash of insight, for others a gradual realisation.
Richard Watts 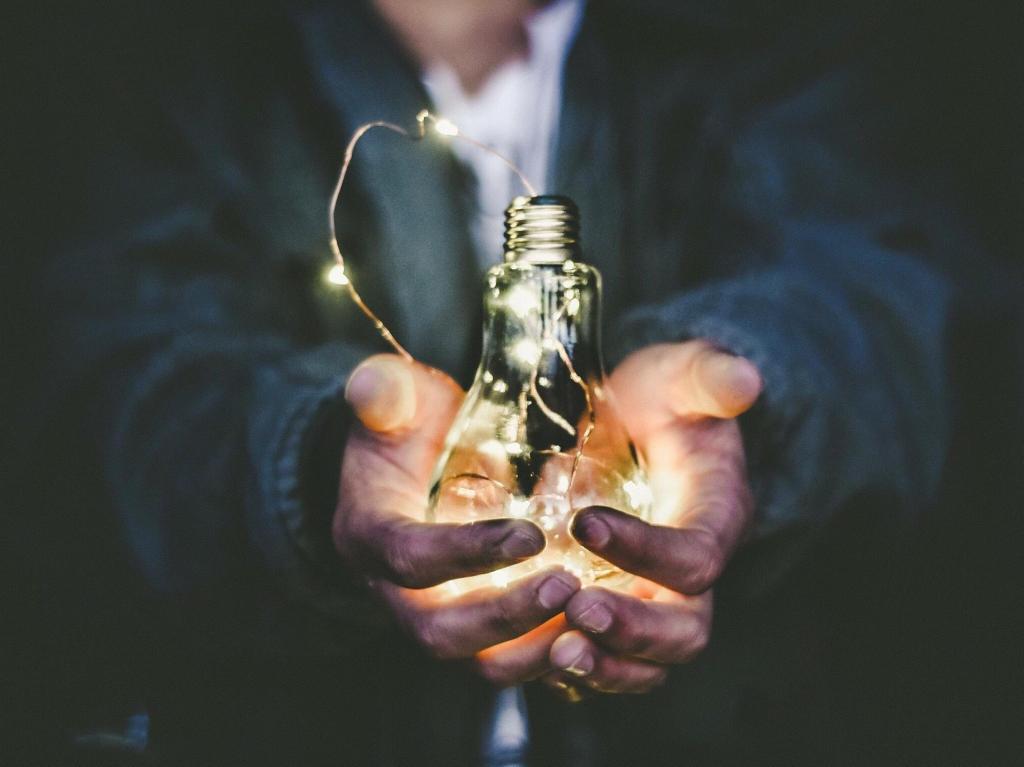 Image by Riccardo Annandale via unsplash.com

When French Canadian theatremaker Robert Lepage visited Melbourne Festival last year with 887, a richly imaginative work drawn from his childhood memories, he described (during an interview with this writer) a pivotal experience which, decades later, remains one of his formative theatrical experiences.

‘The first theatre experience I remember was playing around in the bunk bed with my sisters – or my neighbours, who also had bunk beds – and we would play with sheets and … flashlights or candles. Candles were more dangerous but we did use candles at times,’ he laughed.

‘It was our first theatrical experience and later on it became something else, and we started to put makeup and costumes on and things like that, but I kind of preferred the shadow-play period of my theatrical discovery … That was my favourite part of learning or exploring theatre.’

Read: Theatre can only survive if it’s eventful

Such pivotal moments are common among those of us working in the arts and cultural sector. For some, falling in love with the arts comes as a lightbulb moment when inspiration strikes like lightning. For others, it’s more a slow dawning; an accumulation of experiences and ideas that set us onto the path we now tread.

Here, artists and arts workers from across the country discuss transformative memories and key realisations when they discovered the arts were more than just entertainment – they were a vocation.

‘I don’t think I had one lightbulb moment – I probably had a series of them over the years. It’s hilarious considering the kind of work I make now, but the first show I ever saw was a production of Me and My Girl with my mum on Broadway. We grew up in New York and we went when I was really young and I think I remember feeling a strong sense of great excitement about that. And then I directed a production of Medea when I was 16 in the high school gym, so that was probably the next one. It’s really been an accumulation of moments over the years – and I still can’t believe that it’s a profession. I still kick myself and go “I can’t believe this is actually something a person can do.” So for me it was a series of events when I was young rather than a one off. I wish I had a great story for you.’

Jacobs’ latest work, The Book of Exodus Part One, is currently playing at Theatre Works.

‘Justin Kurzel is an inspirational set and costume designer and now director. He went to my school and then studied the design course at NIDA about five years ahead of me. His equally-inspirational mother Judy was my high school visual art teacher. My lightbulb moment came when she described Justin’s experience at NIDA and I realised that I could combine my passion for visual art with my love of play reading. The IB English syllabus, with its emphasis on play analysis, fuelled this passion and I saw that I could marry it with my visual, artistic brain. With this realisation came the conviction that I would get into NIDA and become a set and costume designer for theatre. So I did. I live to work, to create 3D visual worlds inhabited by characters who dance through my dreams every night; my work consumes me, and I couldn’t imagine doing anything else.’

‘I think my involvement in the arts was actually a gradual discovery rather than a defining moment, at least from what I can remember. I started learning saxophone when I was 10 because I thought it was easy, it got me out of class and I was privileged enough to have parents who were supportive and could afford lessons. Moving from Sydney to Perth as a teenager, hiding in the music department was a good way to avoid the fact I had no friends. There, I met people that weren’t concerned with age, gender or race – they just enjoyed music and hanging out. It was a nice world with cool people and I wanted to stay there. The long and short of it is that my feelings haven’t changed. It was no “ah-hah” moment, but my first music purchase was Savage Garden’s first record.’

‘I didn’t come from an arts family, but my father had a bunch of old 78s of tenors Enrico Caruso and Mario Lanza. It was a sound that captured me – those robust, ringing voices so full of sensation, so not of the suburbs. This ten-year-old went off to singing lessons, setting me on a path to opera and theatre visits to the Sydney Opera House. When I emerged as a baritone – the tenor dream dying quietly inside – and discovered Shakespeare, the theatre finally caught me, the voice of Derek Jacobi and the hauntings of Hamlet taking residence and fuelling a rollercoaster of reading, reading, reading, doing, doing, doing.’

‘I don’t remember one singular moment, however when I was around 19, I started attending dance performances. I was a kid from the country who was studying Social Work at UNSW so I had no idea what drove me see dance in the first place. It was 1981 and Sydney Dance Company under the directorship of Graeme Murphy was really hitting its stride. He was creating epic work that hadn’t been seen in Australia before. I found it jaw dropping. The dancers seemed like gods to me. Mythical beings.

‘Until then I had been more interested in music. I played trumpet and also used to improvise for hours on piano as a teenager. However I do recall that I used to close my eyes and imagine bodies flying through space when I’d attend classical music concerts. I think that desire to see bodies in flight was something integral to my imagination that would emerge years later in my work as a choreographer. But when I started seeing dance performances it really struck me powerfully and immediately. I found it totally gripping.  When I told one of my friends about my obsession with dance she said “Well you can do this (Social Work) any time, but if you want to be a dancer you have to start now. You’re already 19.”

‘So I quit Social Work studies and the next week I was enrolled full time at the Bodenwieser Dance Centre on City Road, Chippendale.’

ADT’s Be Your Self, choreographed by Stewart, tours to VIC, NSW and QLD in August-September.

‘I was 16 and I was in the chorus of Carmina Burana at the Sydney Opera House as part of an international choral festival – choir singing has been part of my life since I was little, whether it be in church or school or at the Conservatorium; I love singing with other people. I actually wish I did it way more to be honest. Obviously I sang a lot with my brother in [our band] George, but group singing, choir singing, I miss.

‘Anyway, I remember the magic of being in a large scale production and being swept up in this idea, this collective of souls but all focused on the music and bringing it out into something bigger than all of us. So that might have been the moment. Sumi Jo, this incredible soprano was singing; there was a full symphony orchestra and I was one of 300 or 400 in the chorus, and it was just a truly breathtaking thing to be a part of. So I think that was one of the lightbulb moments, certainly. But it’s hard – there’s so many lightbulb moments!’

The Queensland Music Festival runs from 7-30 July. See the full program at https://qmf.org.au.

‘I don’t know whether there has been a single lightbulb moment that changed the way I thought about the arts. Rather, I would say it’s been a series of small victories and inspirations, as well as forging connections with like-minded peers, that have spurred me on my path.

‘Working in the arts has not always been easy for me, but sometimes all it takes is me reading a good text, visiting a great show, or having an inspired conversation with an artist, that puts me back on track again.

‘Working directly with contemporary artists, and realising projects and exhibitions together, has been pivotal for me in realising “yes this is worthwhile, this is what I want to do”.’

‘I hadn’t considered myself an artist. I saw limits to pursuing gymnastics as a career. However, transferring those skills and adding to them in the performing arts seemed a viable vocation. To enjoy what I did and get paid? Win. Two years in, I discovered my purpose, a passion and vision to tell transforming stories though the talents I had been given.

‘While working at The House of Dancing Water, I was impressed by the story it told and the emotions created by the movement and musical qualities. Then in 2014 I saw choreographer Benjamin Curé’s work, The Scarlet Trace. I was brought to tears of pain and joy and astounded by his ability to tell story through movement. It opened my imagination to the possibilities in my own work.

‘Now I am reading Erwin McManus’ book The Artisan Soul and realising that everyone is an artist and that our lives can be works of art.’

‘In the early 90’s I was two years into my traineeship with Spare Parts Puppet Theatre and performing a solo that toured theatres, children’s festivals, classrooms and all points in between. Somewhere in the run I woke up to audience being the real reason I was there, not my own enjoyment of performing the show. Discovering it was work that included play (even if it sometimes feels the other way around) was the great formative experience of 350 odd performances of A Sausage Went for a Walk.’

Spare Parts Puppet Theatre’s The Arrival (based on the Shaun Tan book of the same name) runs from 1-15 July 2017 at The Dolphin Theatre, University of Western Australia.

‘My lightbulb moment was a clearly defined moment of time for me! I was playing in a secondary school collaboration with the Melbourne Symphony Orchestra. I had the opportunity to sit next to one of my greatest idols – Geoff Payne. We were playing Liszt’s Les Preludes, and during a brass fanfare, I came to realise that there was nothing more that I wanted to do than perform in orchestras full time. The moment was a confirmation of the love that had developed over my years of practice and performance. I realised that a life in the performing arts could be possible, and it is a constant source of motivation!’