Icon of visual theatre moves to the next stage

Kim Carpenter, the founder of beloved visual theatre company Theatre of Image, is closing his company after 30 years.
Alison Croggon
[This is archived content and may not display in the originally intended format.] 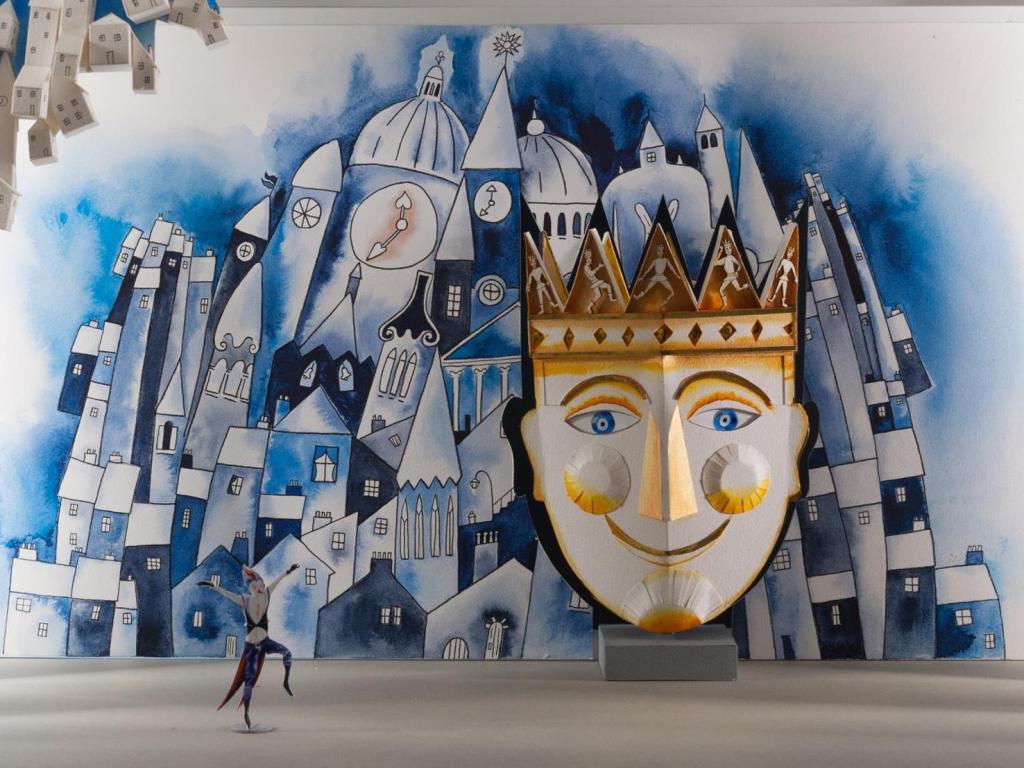 ‘Retirement?’ said Kim Carpenter indignantly. ‘Absolutely don’t use that word. It’s not retirement. It’s the end of a particular era of my life.’

Carpenter, the restless talent behind beloved visual theatre company Theatre of Image, is moving on after more than three decades of innovation on the Australian stage. To celebrate, a book documenting his  work, Toi Toi: Kim Carpenter’s Theatre of Image, will be launched early next month.

‘Thirty years is a nice, neat number,’ he said. ‘It’s time do other things. No other reason. Nothing drastic has happened to the company, we haven’t been forced to close. I’m doing it on my own terms.’

You get the feeling that Carpenter has, in fact, always done things on his own terms.

He formed Theatre of Image in 1989, but its seed was a visit to the US in the early ’80s, where he was inspired by working with theatrical auteur Robert Wilson.

‘He was making a version of Medea, with music by Gavin Bryars, which had a development at the Kennedy Centre in Washington,’ said Carpenter. ‘It was at first a version, and then it was going to be an opera that was to happen at the Venice Opera House. But it never went on. He just ran out of money.’

There just wasn’t the opportunity in Australia to do what Robert Wilson did, in terms of funding, in terms of an audience

Carpenter returned home, wanting to do what Robert Wilson did. ‘I remember Antony Steele [Artistic Director of the Adelaide Festival] saying to me, “Kim, that’s one man in the world”. I knew what he meant, but I wouldn’t swallow it.’

‘Visual theatre is so expensive, it’s labour intensive and time consuming. You spend so much time bringing all the elements together. There just wasn’t the opportunity in Australia to do what Robert Wilson did, in terms of funding, in terms of an audience.’

Not that this stopped Carpenter, who found a niche in making theatre for children with shows such as Lulie the Iceberg (2007), a co-production with the famous Kagebouishi Theatre Company, Tales from the Arabian Nights (2004) and the award-winning The Book of Everything, which toured nationally and internationally and was named by the New York Post as one of the top plays on Broadway in 2012.

A litany of firsts

Carpenter’s career is a litany of firsts. When he founded Theatre of Image in 1989, he was the first to create a main stage theatre company for children. He was the first person in Australia to integrate film into theatre, with his ground breaking early 90s show at the Nimrod, Slice, and an adaptation of David Malouf’s novel An Imaginary Life at Belvoir in 1986.

Later, he was the first to integrate digital animation with action (Jake and Pete…A Roadstory for Cats!) in 1989. ‘There was this opportunity, because I was affiliated with Macquarie University, and we could explore their facilities,’ he said.

‘That show was adapted from a quirky little book buy Gillian Rubinstein. I thought it needed a certain kind of physicality, so we used the Umbilical Brothers, and all the other characters were virtual – the Fridge, which of course the cats loved, and the Broom, which was their enemy…’

Carpenter has been one of the most formally inventive people in the business. Theatre of Image has created work in the form of opera, puppetry, drama, music theatre, dance, ballet and circus.

Drawing for Lulie the Iceberg. Image by Kim Carpenter.

Returning to The Happy Prince

Carpenter says he’s not the kind of person who looks back – he’s always moving on to the next thing. For now, the next thing is a production of Oscar Wilde’s The Happy Prince that he’s designing for the Australian Ballet.

Premiering at the Queensland Performing Arts Centre (QPAC) in February next year, The Happy Prince will tour nationally. There’ll also be exhibition of his art work. And he’s working on a ‘small project’ with his long-term collaborator Richard Tulloch that he won’t talk about, because it ‘hasn’t got legs yet’.

It’s not the first time Carpenter has tackled Wilde’s story: a production of The Happy Prince was one of the Theatre of Image’s most popular shows.

‘When the opportunity came to pitch to the Australian Ballet, that was number 10 on the list,’ he said. ‘We’d done it before. But then we had five actors and the crowds were miniature dolls that we moved around on a revolve. This time we have 50 dancers!’

Returning to The Happy Prince has, Carpenter says, been a joy. ‘You keep finding different interpretations of the story,’ he said. ‘It has the emotional core that fairy tales need. It has heart.’

Toi Toi: Kim Carpenter’s Theatre of Image, will be launched at 2pm on Sunday 8 September 2019 at NIDA Theatre.