The uptake in craft and design is not reflected in revised policy.
Gina Fairley 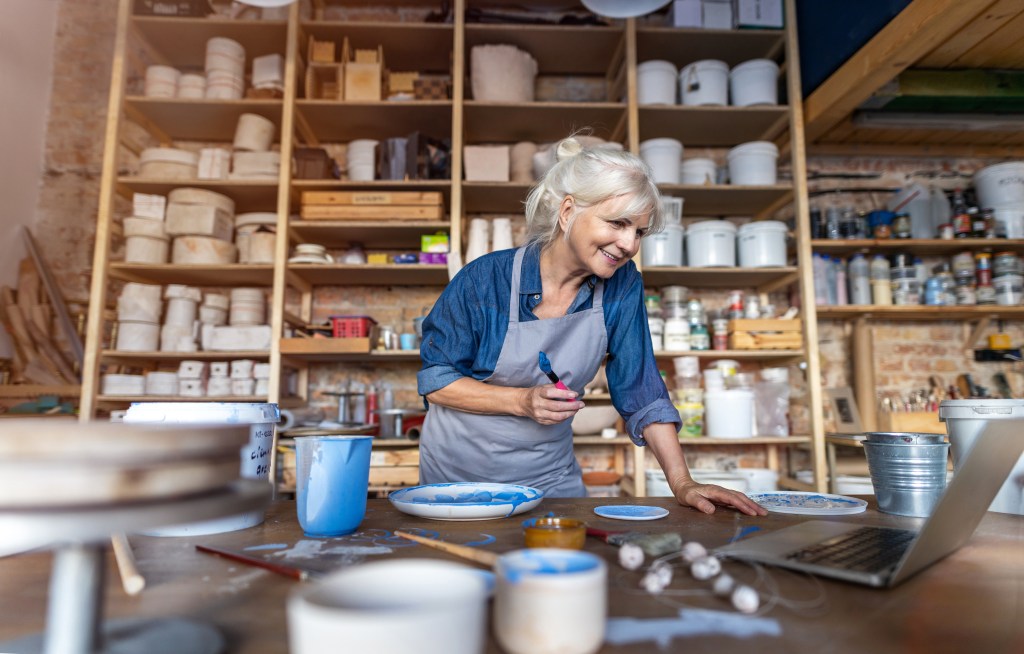 Craft and Design are central to our times. Image shutterstock.

Today is International Craft Day, so it is not surprising that nation-wide craft, design and the micro  businesses of makers are being celebrated. But it is also a marker to rethink – or better, to update – how we value craft and design practice within the broader visual arts ecosystem.

Over the subsequent 12-months, this swung from a trend of new ‘home-makers’ to online shopping, with boom in sales felt across the Australian design and craft sector as people chose to support makers through purchasing their work.

The most recent wave, has seen a further spike in bespoke crafting tutorials and in-home crafting kits, largely rolled out across social media platforms and Tik Tok, which places craft up there alongside and fitness apps as the new normal.

While this is great, unless that visibility and momentum is harnessed – and formalised – the sector will quickly fall back to ‘forgotten sibling’ status where it has dwelt for so long. This is where the need for policy comes in.

The success, momentum and recognition of the craft sector experienced in the 1960s – 1980s has been incrementally reduced by a number of changes to craft and design policy and funding. The decision to defund the national craft peak organisation, Craft Australia in 2011, had a huge impact, diluting craft’s presence in the national conversation.

Since then, the strategy and policy foundation the sector has been working from remains largely outdated, even before the COVID-stimulated craft impact is taken into account. There have been attempts.

Among the findings of the day, it reported that the definition of craft continues to change and challenge; that changes to education and training require new approaches (this has more recently been exacerbated with a wave of reduced courses at many University art colleges in the past 18 months); and that new models of sustainability are needed both in terms of ecology and economics.

It recognised, then, that ‘the rise of the digital practitioner is especially significant as is the use of the online environment in all aspects of the design, making and manufacturing, delivery, promotion, exhibition, sale and critical discussion of craft and design.’

But a lot changes in the digital sphere in a seven year period, not to mention the past rapid shift with digital deliveries under COVID.

Back in 2014, NCI reported that, the ‘current low infrastructure funding does not mirror the number of Australians engaged in craft.’ That has only further escalated.

There was a fear back then, when this report was tabled, that ‘further reductions to dedicated public funding will jeopardise the significant foundation and achievements of the past fifty years since the Australian crafts movement began.’ Tha fear has become a reality.

While the writing was ‘on the wall’, there has not been a government-led policy / national strategy since 2014 to track how those findings have played out, how the sector has changed, funding levels have shifted, and audience value has escalated.

Closest to it, and leading the way in laying down some future planning and policy is South Australia. In May last year, Guildhouse published the paper, South Australia craft sector strategy 2020.

It says: ‘Interest and participation in craft is on the rise, but unnecessary (and solvable) gaps and barriers mean this potential is not fully realised.’

It continued: ‘The sector makes a vital contribution to South Australia’s identity and helps differentiate the state’s brand as a cultural and creative place to live, work, visit or engage. There are, however, significant concerns that this reputation and impact are at risk.’

And in February 2019, the School of Creative Industries (UniSA) partnered with Matchstudio (UniSA) to present the discussion paper, Crafting self: promoting the making self in the creative micro-economy.

The primary aim of the four year, national project was to determine how online distribution is changing the environment for operating a creative micro-enterprise, and with it, the larger relationship between public and private spheres. Not surprisingly, the results were pretty much in line.

Given the broader push around innovation, entrepreneurship and creative industries, that has seeped into policy and funding rhetoric, this paper focused on the contemporary craft and designer-maker micro-economy – one which has experienced, ‘unprecedented growth as part of the larger upsurge of interest in making as a cultural and economic practice.’

It also recognised, however, that ‘not all handmade micro-entrepreneurs are at the same stage of their career or have the same origin story,’ again reiterating strategy, funding and policy frameworks.

Arising out of this research, a number of policy recommendations clearly emerged:

The tone is clearly different and future-forward looking.

Sitting alongside this research, and the most recent paper adding to the policy discussion, takes a more narrow and specific view within the sector, driven by the Productivity Commission (September 2021): Aboriginal and Torres Strait Islander visual arts and crafts: issues paper.

It considers problems in visual arts and crafts markets, such as the proliferation of inauthentic crafts, as well as examining the value, nature and structure of this market for First Nations makers.

WE ARE SMALL BUSINESSES TOO

Overall, the message is one of a shift in rhetoric and semantics.

In February this year, Award-winning Australian craftsman, Damien Wright, delivered a keynote at the recent Making it Craft Symposium, hosted by Craft VIC. He has run his Northcote studio for 25 years.

Wright said: ‘Neo liberalism divides production globally, where everyone is a procurer; COVID has showed the insecurity of that [model], and it has provided an opportunity for the micro business.’

What Wright describes – on a very practical, active business perspective – is that the craft and design sector is in need for a head-shift from the top. It seemingly straddles this space between entrepreneurship and small business, and the broader visual arts sector. From within it, that is a very natural straddle; from outside it – particularly when it comes to funding – there is a perception disjuncture.

‘The idea of a craft business (that is very much in inverted commas) is both obvious, in that it has to be a [viable] business, but it is also this model of a working life that doesn’t fit well into a business model,’ explains Wright. He was talking about recognising the difference between what you think is important, and what clients think is important and sells.

IT TAKES A VILLAGE

In February (2020), the Australian Craft and Design Centres Network (ACDC) revamped itself. Like so many good ideas that burnt bright, it had petered out over the years, but it also recognised that the recent traction around makers and markets signalled a time for a rethink.

Coupled with the reality that many of Australia’s centres were facing waiting lists for their workshops and over-subscribed makers market – while on the other hand, many had had their funding cut – the network also recognised that it was time again to band together for effective visibility and advocacy.

In an early interview, co-chair of the ACDC network, Lisa Cahill, Director of Australian Design Centre in Sydney said: ‘At the beginning of 2017 many of us were reeling about our lack of funding, and it became even more important to reconnect through that new leadership, and to think about how we could help each other more.’

‘Strengthening the network will mean that we, as a group, can work as an entity alongside others such as the Regional Public Galleries Association. That national profile is important, and we want it to be recognised,’ Cahill continued.

Everything adds up: audience engagement, sector impact, wellness and value, and sales. There is no better time than now to continue that momentum.

HOW TO SUPPORT INTERNATIONAL CRAFT DAY

WA: IOTA21 Festival – the inaugural Indian Ocean Craft Triennial – is in full swing. Festival organisers say: ‘Creative adaptability is the key to successful practice.’  Check out their program of exhibitions and events.

SA: Celebrating makers for Tarnanthi, JamFactory in Adelaide is celebrating First Nations craft and design with a number of exhibitions – all just opened this week. Learn more.

ACT: Craft ACT remains closed with lockdowns until 29 October, but in the meantime, they have a program of online engagements to support artists.