Charting a region impacted by COVID, we look at the 10th Asia Pacific Triennial

QAGOMAs Head of Asian and Pacific Art reflects on a trajectory of change – and more recent COVID impacts – upon the gallery’s signature exhibition, the Asia Pacific Triennial, which approaches its tenth edition.
Gina Fairley 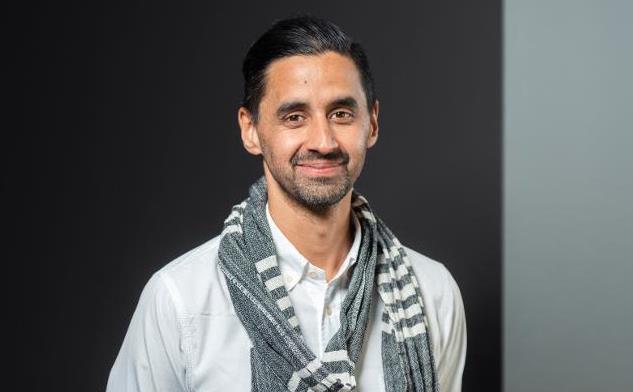 In March, it was announced that Tarun Nagesh would take up the leadership position of Queensland Art Gallery | Gallery of Modern Art’s (QAGOMA) Head of Asian and Pacific Art.

It culminates nearly a decade of curatorial contribution by Nagesh to the gallery’s Asian and Pacific Art team, most notably charged with the gallery’s signature exhibition the Asia Pacific Triennial (APT), which will present its tenth edition this coming December.

Nagesh is in a unique position to both reflect upon, and pivot forward, in a conversation about how APT10 has navigated COVID, put community and diversity central to its vision, and is looking to a more sustainable future.

ArtsHub caught up with Nagesh on what we can expect for the anniversary edition.

There is no doubt that Australian gallery-going audiences have grown since APT emerged in 1993, witness to a more consultative and collaborative approach to curating and diverse regional voices. But what more needs to be done to keep steering that development moving forward, rather than just build on the laurels of legacy?

Nagesh told ArtsHub: ‘Those conversations around diversity have changed a lot in Australia, I acknowledge that. One of the things we have tried to think a lot more about is how we work with communities, which is really tangible in this APT’.

He said that the default thinking is to work on building audiences locally through community outreach, adding that ‘communities are also important in how we the develop exhibition, in the way we articulate the exhibition, and ways we activate our archives. But it is also looking at how artists work with communities and embedding that from the beginning – not just programming for the opening weekend’.

Nagesh said they have observed a big change in the region, adding that there is a lot of ‘de-centering’ going on in the way artists are working.

What to expect to see in this APT10

Faced with curating a milestone anniversary event, our question to Nagesh was whether to take a historical lens or face the exhibition anew?

‘I think looking back wasn’t something we wanted to have a primary focus on, and early on we decided this as an opportunity to look forward and think about the future’, he told ArtsHub.

‘As the exhibition has developed, and all the changes we are facing in the world, I keep thinking it is more a re-imagining. Artists have always given us that chance to think through things differently – our value systems, to look back at histories – but then really translate them into present social conditions,’ Nagesh continued.

I think the difference now is that we have gone through enormous change in the world, so those re-imaginings are more important than ever.

‘There are a number of artists, for example, looking at theories and practices of Indigenous Futurism, that is imagining the future of work and materials, and questioning how our world operates and the value system we place on objects and commodities’, he added.

Nagesh explained that APT10 was well into development before the pandemic changed our world. He said that while it had affected certain projects, and many of the artists faced enormous challenges, ‘overall, I don’t think APT10 is an exhibition about COVID at all, but a chance to look at the region through different lenses.

‘I think the way audiences and the way us as curators think and write about it has definitely changed’, he told ArtsHub.

Nagesh said the tenth edition of the signature exhibition will be similar in scale and scope (in terms of footprint) as the past couple of APTs.

‘As in the past there is a very strong focus on contexts – that has been there form the start. An example of that is the Pacific looking towards the Northern Oceania region, a place we haven’t looked at in the past. There will also be some great projects from Tonga, Fiji and Hawaii’, he added.

‘The way Australian artists are included in this APT has also come together slightly differently than past APTs and will have a different resonance’, said Nagesh, remaining a little guarded still ahead of programme announcements later this month.

What he did reveal is that this APT will have a number of focus projects, co-curated with colleagues on the ground in the region, and will each include multiple artists. ‘We have had these in the past, but a number of them this time will take a focused look into specific areas of practice of a region’.

Nagesh confirmed that children’s projects will continue a big part of the show, and that three cinema programs will run alongside APT10.

He concluded: ‘Like all APTs, it’s always a reflection what is happening in the region now, socially and politically’.

Sustainability is more than a buzzword

With regard to the topic of sustainability in practice, Nagesh believes there are ‘strong emerging visions towards the future, and sustainability is really fundamental to that. Sometimes it manifests in the way artists are working with their own communities and material practices, ensuring that they are sustainable, but for many artists it’s just being really informed’.

He continued: ‘Many artists’ works are about environmental sustainability, but of course it is the nature of the area we work in – the Pacific – you can’t ignore those challenges. It is also thinking about Australia’s relations with the Pacific, that is also an enormous consideration for the APT’.

Environmental sustainability is a major theme rolling out across many biennales this year, notably the Helsinki Biennale that opened this week, and the Biennale of Sydney, which recently announced it’s theme and first suite of artists.

Read: First 59 participants announced for the 2022 Biennale of Sydney

Nagesh said that a key part of their work in the Pacific has been about engaging locally and creating things that are developed and sustainable in those places before taking them out, ensuring there is a sustained relationship maintained over time.

‘When we become custodian of objects that is very important, and the cultural protocols that we acquire also when we exhibit works’, Nagesh said.

The role of community when curating in COVID

Nagesh told ArtsHub: ‘We rely on networks and research and understanding, and usually activate that when we travel, but this past year a lot of that was turning to those networks and activating them online’.

He continued: ‘It is a sign that you still need to have those very close working relationships that only a sustained engagement has enabled – which is more important than ever now’.

For those focus projects, each one has a co-curator/s attached to it. They are not involved in the exhibition as a whole, but bring a level of expertise with that deeper dive into a context or an idea. Nagesh said this pool of colleagues is diverse, from academics to artists living and working on the ground.

APT10 has also engaged ten interlocutors from the region who will bring rigour and cultural understanding to the conversations and programming around the exhibition. ‘We have had the chance to speak really regularly to all of them, where in the past we would have just bought them over for a couple day and sent them home. It is a very different engagement’, Nagesh said.

‘We are very conscious of the fact we work differently to a lot of other biennales in the world. The APT is something we are always doing, we are thinking about – you are always building cultural understandings and research bases’, Nagesh added.

While he admitted that it can be exhausting by the time you reach your fifth zoom of the day, and speaking with people who are in really different circumstances than Australia – many of them dire – the energy for delivering APT10 remains incredibly buoyed.

Who is Tarun Nagesh?

He also led the Gallery’s Asian Art Provenance Research Project, was the State Representative for The Asian Arts Society of Australia and Curatorial Fellow of the Dhaka Art Summit,  and established an international reputation for his expertise in historical and contemporary Asian art.

Before joining QAGOMA, Nagesh worked in the commercial arts sector in Melbourne.

The 10th Asia Pacific Triennial of Contemporary Art (APT10), which opens across both Gallery sites – Queensland Art Gallery and Gallery of Modern Art – from 4 December until 25 April 2022.

The first wave of artists and programme details for APT10 will be announced in the coming month.