Four substantial new digital works from Australia, the UK and Korea are freely available to stream. Chris Boyd applauds the season, with some reservations.
Chris Boyd 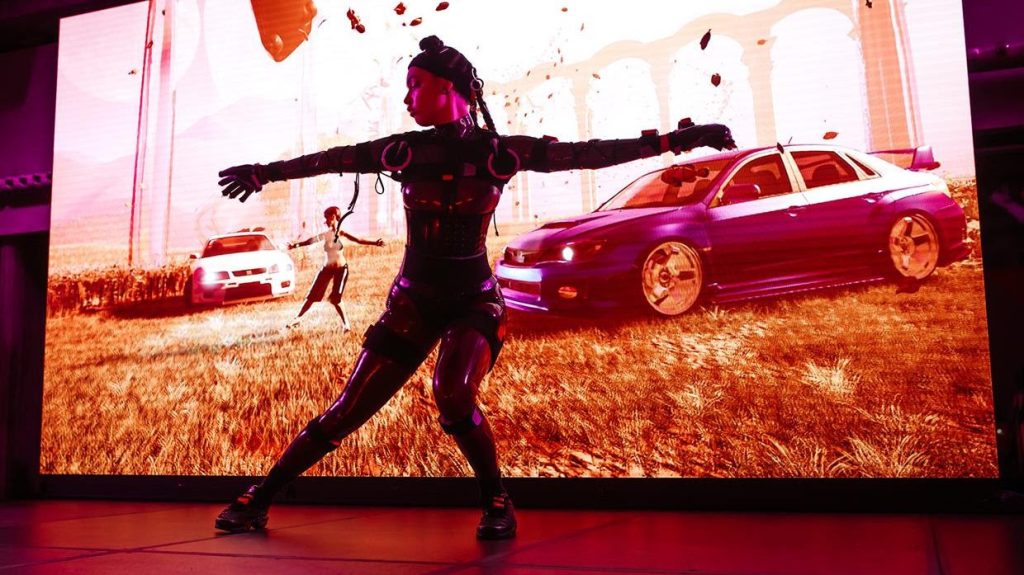 There’s an interlude half way through Beyond Black (Korea National Contemporary Dance Company, 2020) in which the camera turns from the narrator to reveal a vast and deserted auditorium. It reminded me vividly of the first days of the COVID shutdown in March, last year, when the Melbourne Symphony live streamed a concert, free of charge. Between symphonic works, the camera panned across the 2500 empty seats of Hamer Hall.

With swathes of the country again in lockdown, the Sydney Opera House’s inaugural digital performance season Outlines could hardly be better timed. It’s also something of a gift, with the four substantial new works free to stream: the two Australian commissions are available until the end of 2021, KNCDC’s Beyond Black until 7 August, and the Royal Shakespeare Company’s Dream until 30 September. (When Beyond Black was released internationally, last year, it was only available for 48 hours!)

All four works are technological experiments of one kind or another.

All four works are technological experiments of one kind or another. Serwah Attafuah and Soft Centre’s Apotheosis explores the intersection of live motion-captured performance and a virtual world in a brilliant, clubby, life-affirming ensemble piece for solo dancer, her several avatars, a DJ and a roving camera.

The RSC’s Dream attempts something broadly similar using interactive gaming technology, actors and an orchestra. Another dance-based work, Omelia’s R+J RMX, uses software to ‘remix’ Romeo and Juliet. And, most ambitious of all, KNCDC’s Beyond Black is a piece for eight dancers ostensibly choreographed by an AI engine created by SLITSCOPE.

I say ostensibly choreographed because some of the claims made about MADI (MDN-based Artificial Dancing Intelligence) in Beyond Black are fanciful, to put it mildly … a mix of phrenology-like pseudo-science and European folk tale. (Think: the Stone Soup parable.) In addition to learning its chops from parsing hundreds of hours of 2D video, which is credible enough, MADI is said to have observed the micro-expressions of audiences to gauge the reception of the choreography… to which I call ‘bullshit’.

This is the comprehensively and repeatedly debunked ‘technology’ that results in the profiling of women and blacks as more angry and aggressive than white men in the US. (Though, to be fair, both women and blacks have plenty to be angry about!) Beyond Black also contains some (possibly poorly translated) bilge about machines not being able to dance like humans before 2045, giving us time to become post-human. Whatever that might entail.

MADI, incidentally, is a play on the Korean word for joint. (Presumably, the junction between body parts is intended, though the first two syllables of Korean word for marijuana 마리화나 sounds suspiciously like madi!) In parsing dance videos, MADI reduces the human body to dots and lines. Lines for the limbs and dots for the joints. It looks for ‘expressed shapes’ and ‘harmony between energy and speed.’

The choreography MADI outputs is also in two dimensions – just the skeleton of movement – which must be fleshed out by a choreographer (Shin Changho) and the dancers.

Whatever the ultimate source of the choreography, the dance in Beyond Black is impressive – ballistic, tumbling, breakneck – at first stiff, then flowing. Aside from a brief clumping of the dancers – they explode and briefly recombine – there is no touch until the final minutes. The military-style costumes play with the idea of human uniformity and interchangeability. Perhaps replaceability and thus obsolescence.

Though not originally developed for a digital platform, Beyond Black exploits the medium brilliantly. It is an outstanding piece of filmed dance; it’s beautifully shot, scored and edited. Lighting and exposure are miraculously well-judged, perfectly capturing flesh-tones in the gloom. The soundtrack, too, subtly reinforces the humanity of the performance with sampled breaths and the squeaky slide of feet on tarquette. The editing is busy, but we’re never left disoriented or unmoored by the rapid-fire cuts … always a risk when dance is recorded.

Tackling the challenges of life in isolation most directly of the four works, and most effectively, is Apotheosis by 3D animation artist Serwah Attafuah and Soft Centre, with movement artist Lydia Kivela and DJ/composer/mixer PTWIGGS. According to Attafuah, the protagonist – ‘not really an adult … not really a child’ – is realising that she has to embrace darker things and darker thoughts, and that the whole world is a metaphor for her psyche. But there’s a feedback loop, here, since the world is one she is projecting. So, the metaphor is more subtle. She’s exercising control over her identity. It’s a powerful and empowering example.

Kivela, herself, is a definition of self-possession. Instead of wearing standard motion capture gear, with its bubbles and bumps, she’s decked out in cyborg chic, with GPS bracelets, thigh belts and rings. She looks like a prototype, scarce half made up, from Alex Garland’s Ex Machina.

She straddles the IRL world and the virtual. Kivela moves, and is shot, in real time: on a stage in front of a screen. This is a live performance, and it feels authentic and charged. Attafuah shows Kivela controlling, and interacting with, her avatar/alter ego. Intriguingly, the avatar (which moves through grasslands, an outer urban railway station and a burning city as night falls) is not an exaggeration of its creator, as so many are in the on-line world. She’s no warrior superhero. The avatar is less grand than her creator, and has a smaller footprint as if she were reluctant to draw attention to herself. This is the very opposite of an apotheosis. This is a god playing human. Unless, of course, Kivela is our apotheosis, our representative in this Brave New World.

The world Kivela’s avatar moves through is hyperreal, in negative colours. Lighting forks upwards. Cars float in the air, encircling a point on the ground like a crown. A trail of liquid diamonds flows across the sky like one-way air traffic. Fish (and VLC witch’s hats!) circle in a slow-moving twister of air. Kivela turns her arms into wings, flapping elegantly, then wades through the space.

I found the piece extraordinarily brave and life-affirming. It is the creation of an artist, or rather a team of artists, who have dared to renounce the nihilism of the times.

If there is an apotheosis here, it is in the music. Train rhythms are transformed and accelerated to a heart-racing 400 beats-per-minute. The melody, when it appears, is a glorification of the three-tone railway announcement chime. The music – reminiscent of Kris Menace, and Tangerine Dream before him – is anxious, biomorphic, and utterly hypnotic.

I found the piece extraordinarily brave and life-affirming. It is the creation of an artist, or rather a team of artists, who have dared to renounce the nihilism of the times. It’s a piece for all ages, as long as you’re not too jaded, but it will strike a resounding chord with the young and more vulnerable. Do not miss it.

After Apotheosis, the Royal Shakespeare Company’s Dream looks jejune and naive, its use of motion-capture and VR seem amateurish, as if the creators were too impressed by the possibilities presented by the technologies to actually harness and direct them in a meaningful way. The text of Dream is a jumble of quotations from A Midsummer Night’s Dream, starting with a line from the fifth act, then jumping to the third. Puck (EM Williams) is our guide through a forest on a stormy night. But the lines she speaks come from Titania, the Fairy, Pyramus, any old character. Most are repurposed, some are entirely made up. It all sounds lovely, but there’s nothing of substance, nothing remotely illuminating.

In the virtual space, Williams’s Puck is a constellation of rocks, boulders for her trunk and hips, a smaller one for her head, stones for her fingers. Peaseblossom (Jamie Morgan) is a walking, talking bush. They’re both remarkably realistic creations. But Maggie Bain’s Cobweb is no more than an eyeball in a cheap-arse web of straps. It’s like a creature from the first generation of Doctor Who. Maybe the RSC blew their budget on Puck and friend.

Perhaps the worst part of Dream is that it actually heightened my sense of isolation instead of providing a distraction or diversion. It made me aware of just how much I miss the body in space, so essential for theatre and, especially, for dance. Great animation and excellent orchestral music (by Esa-Pekka Salonen, no less) are insufficient consolation – or compensation – for a piece that is both trivial and long winded.

But the grand prize for being less than the sum of its parts goes to the second Opera House commission, R+J RMX by Omelia. On paper, you’d be hard pressed to find a better team. Former Australian Dance Theatre superstar-commando Larissa McGowan is a mighty choreographer. Her dancers, here, include James Vu Ahn Pham who is, arguably, the best contemporary dancer in the hemisphere.

The project redefines the word hokey. R+J RMX uses software to remix the basic plot of Romeo and Juliet. But the software, as represented in this film of a performance (in a theatre with an audience) of a choose-your-own adventure, is about as sophisticated as a slot machine. It might change the verb between Romeo and Paris from ‘pursues’ to ‘spurns’. Exciting stuff.

The video shows the original unremixed dance drama (which, brilliant as it is, is compressed to the point of caricature) followed by a couple of remixes. In the first of the remixes neither of the lovers die. Everyone dies in the second remix. Instead of giving us a new way of modeling stories, as promised, or new insights into an old play, tragedy degenerates into farce. Not the funny kind, alas.

Chris Boyd is an arts writer and critic, mostly of performing arts. He is currently Melbourne theatre critic for the Australian and has had long spells with the Financial Review, the Herald Sun (reviewing theatre and ballet), the Big Issue (as arts and literary editor) and the Melbourne Times. He has also worked for the Age as contemporary dance writer and as their first ‘fringe’ critic. He tweets as @MelbourneArts. 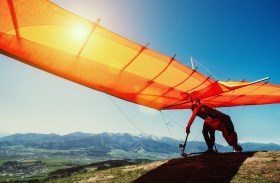