A litany of losses: a new project maps our abandoned arts events of 2020

A group of artists have put together a map of the abandoned artistic projects for 2020. It's a time capsule of what we missed out on this year due to the pandemic.
The Conversation 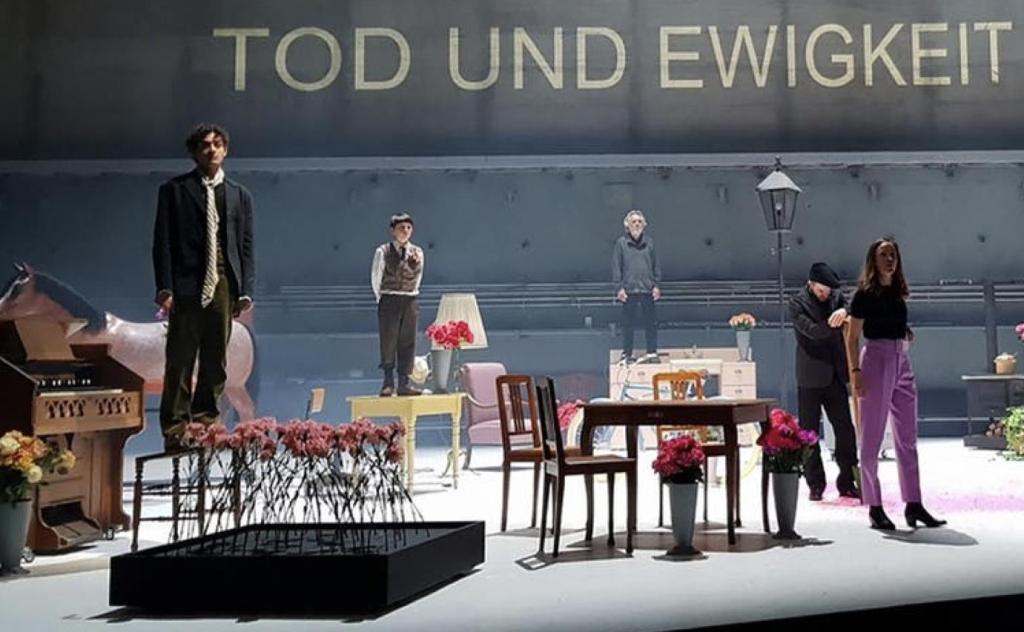 There was a time when artists imagined and planned work for 2020. For some, years had gone into the planning. But, as we know, everything scheduled from the middle of March had to be cancelled. Some events may be scheduled again at another time; many will no longer happen.

A group of artists have put together a map of the abandoned artistic projects for 2020. Conceived by artist Anna Tregloan and named The Impossible Project, it is a treasury of lost work and a time capsule of what we missed out on this year due to the pandemic.

There are already over 150 shows and events listed. More projects are being added all the time.

The Impossible Project captures the enormous range of work by Australian artists that could have happened in every Australian city, in regional areas and overseas.

We see the breadth and depth of artistic activity across the country; the loss for audiences, artists, and communities. Select a title, and you see the artists involved, the venue, the dates, the expected audience numbers.

It is a sobering experience.

Those that will never be…

There is a re-imagined production of Thornton Wilder’s Our Town (projected audience: 5,000+), to be directed by Australian theatremaker Anne-Louise Sarks in Basel, Switzerland. In planning since 2018, involving performers from countries across the world, the play was cancelled five days before its March premiere.

Patricia Cornelius’s Do Not Go Gentle… (projected audience: 8,000) was to be directed by Susie Dee in July at the Malthouse in Melbourne.

The play focuses on the experience of people in an aged care home; Shane Bourne was cast in the lead role. Given the experience of this year, the setting could not be more relevant. The play was presented in one sell-out season in 2009 – this 2020 production was more than 10 years in the making.

The River Crossing (projected audience: 4,000) was to be a large-scale outdoor performance where professional high-wire walkers and Bundjalung community members would cross the Wilsons River in Lismore in August. SeedArts Australia has been planning the project since 2018.

The all-female Belloo Creative was the resident theatre company at Queensland Theatre for 2019-20. To premiere in 2020, Katherine Lyall-Watson wrote a re-imagined Phaedra (projected audience: 7,140). The play was set in the future, with war taking place between a seceded Queensland and the rest of the country – another strangely pertinent theme.

Matt Whittet’s new play Kindness (projected audience: 3,500) was to be directed by Lee Lewis at the Griffin Theatre. This loss feels particularly poignant, as the play looked at the experiences of community kindness – kindness we have all witnessed in 2020.

Whittet says he hopes it is only on hold:

Nothing is certain in the world at the moment, which means there’s no promises but always hope.

… and those that found a new life

Sydney performance and visual artist Rakini Devi had planned a project with Melbourne video artist Karl Ockelford. With border closures, they were unable to work together.

Instead, Devi developed a solo project examining the position of women from the Indian diaspora who experience violence, being “lockdowned” and various forms of misogyny.

Melbourne musical theatre company Watch This specialises in the work of Stephen Sondheim. It had planned an exhibition of design and creative work for shows spanning seven years of the company’s productions.

Scheduled to start in March at Northcote Town Hall, the exhibition was cancelled six days before opening. But the company was able to re-mount it as a digital documentary series, The Art of Making Art. Through this, Watch This has been able to expand its audience, with the series selected for Canada’s Social Distancing Festival.

The Impossible Project documents shows that were meant to appear at the Sydney Opera House, Griffin Theatre, the Riverside Theatre and the Ensemble in Sydney; at Malthouse, the Recital Centre, the Arts Centre and Arts House in Melbourne; at La Boite, QPAC and Queensland Theatre in Brisbane.

There are touring shows scheduled for cities and regional centres. There are festivals – all now cancelled.

We have lost the audiences who haven’t been able to see work in a live venue; the time artists spent developing a new work, only to see it cancelled with no commitment to return; we will, inevitably, lose artists who will give up on the increasingly precarious dream of a creative life.

When we talk about the impact of this year on the arts sector, we often focus on the economic losses. In April, the Grattan Institute estimated up to 75% of people employed in the creative and performing arts could lose their jobs. By May, I Lost My Gig had recorded the loss of income for Australian artists of more than A$340 million.

Shows began being cancelled in March. The Federal Government didn’t announce a support package until June. Last week it was revealed none of the $250 million package has been allocated (bar $48 million allowing Screen Australia to underwrite the insurance of films in production, which does not represent money spent).

Without support, more work will be lost.

It is a mystery why the government does not take the cultural sector seriously, or value the arts, or see how it contributes to our society.

We are seeing the arts and humanities removed from our universities, artists left out in the cold during this terrible time, and no indication of a way forward.

This is a loss to Australia on a grand scale. The list of cancelled work in The Impossible Project is not one we want to see continue — but it is inevitable the list will grow.

Correction: an earlier version of this story misstated the artists involved in The River Crossing. The crossing was to be performed by professional high wire walkers and Bundjalung community members.