What I do as a sensitivity reader

Whether I’m a sensitivity reader, a dramaturge, or a plain old editor, I’m looking at how your text might be read.
[This is archived content and may not display in the originally intended format.] 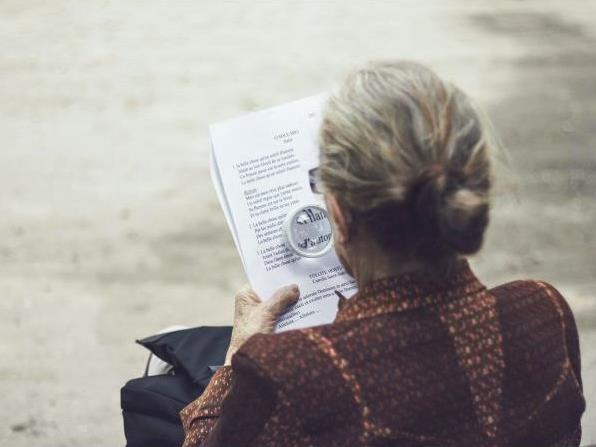 ‘Sensitivity reader’ is a relatively new title for something that many of us have been doing for a while under other names.

I’m often asked to read something and offer feedback from my ‘insider’ perspective – whether that’s as a queer migrant of colour, a gender-fluid journo in China, or an Australian. Writers ask me to do this in the hope that I’ll pick up things they might miss, such as mistakes, anachronisms or unintended stereotypes.

I might notice that the portrayal of a cultural activity is off: Australians talk about going ‘to the footy’ but not ‘to the ball game’.

For example, I might explain that putting a space in ‘Chinese Australian’ and ‘trans man’ helps affirm those identities as part, not whole, of someone’s character, compared to ‘Chinese-Australian’ and ‘transman’. I might notice that the portrayal of a cultural activity is off: Australians talk about going ‘to the footy’ but not ‘to the ball game’. Or it could be a bigger conversation about whether something that’s supposed to be satirical succeeds in its intentions.

Sometimes I’m just reading over something as a favour to a friend. On other occasions, I’ve been a paid dramaturge or consultant. In fandom, it’s common to use ‘beta readers’. Most often, I’ve been a plain old editor.

Whether it’s for fiction or non-fiction, stage or page, all of these roles involve the same task: reading closely, and reflecting on how a text might be read or received.

As Alison Croggon wrote in ArtsHub last week, employing sensitivity readers or cultural consultants is a question of craft as well as ethics: ‘The most important thing to remember is that their job – as with any other kind of editor in the writing process – is to make your work better.’

But as with any kind of editing, the role is often misunderstood. People often think that editing is primarily about smoothing out sentences – checking spelling, grammar and style.

But editors do much more than that, whether they’re book editors at a publishing house or copyeditors at a newspaper: as New York Times copyeditors said in a biting letter to their bosses in 2017, copyeditors are ‘the immune system of this newspaper, the group that protects the institution from profoundly embarrassing errors, not to mention potentially actionable ones.’

Editors work with writers to make stories sharper and deeper. We check facts and look for liabilities, such as defamation risks. We make sure claims are backed up by evidence (yes, even in arts reviews). We keep up to date with best practice, both stylistic and strategic, on a broad swathe of issues.

You may have spotted, for example, that ‘email’ is now written without a hyphen, but did you notice that news coverage of suicide nowadays tends to be less graphic than in the past? That’s based on a body of research which finds that minimising details such as method and location in media reports can help reduce the risk of imitation – and that’s the sort of thing an editor needs to know.

Much of journalistic ethics is about sensitivity, care, and accountability, both to your audience and your sources. Often people draw a false opposition between lived experience and professional expertise, but whether I’m an editor, consultant or a sensitivity reader, I offer feedback based on a combination of research, analysis, and personal and professional experience.

Thorough research is always worthwhile, even when you’re writing about a community that you’re part of. Hiring a sensitivity reader doesn’t excuse you of the obligation to do your research, nor is it insurance against criticism.

What a sensitivity reader provides is a sounding board that might help you look at your work from new angles. For example, mainstream discourse on race and culture centres on what white people are talking about – when people of colour are heard, they’re usually addressing a white audience. So if you want to write a home scene in which a mainland Chinese and Hong Kong couple are arguing about Australian politics, you need to shift the centre.

No matter how fantastical the setting or experimental the form, good writing is truthful and thoughtful. Sensitivity readers help you look for accuracy, authenticity and impact in any kind of story.

When it’s done well, a sensitivity reader isn’t taking the danger from your work. They’re working with you to ensure that the risks you take are deliberate.