A beginner’s guide to the foggy wilderness of ambient music

Brian Eno’s 'Music For Airports' celebrates its 40th anniversary this month. To celebrate, we explore the ambient genre.
Lawrence English
[This is archived content and may not display in the originally intended format.] 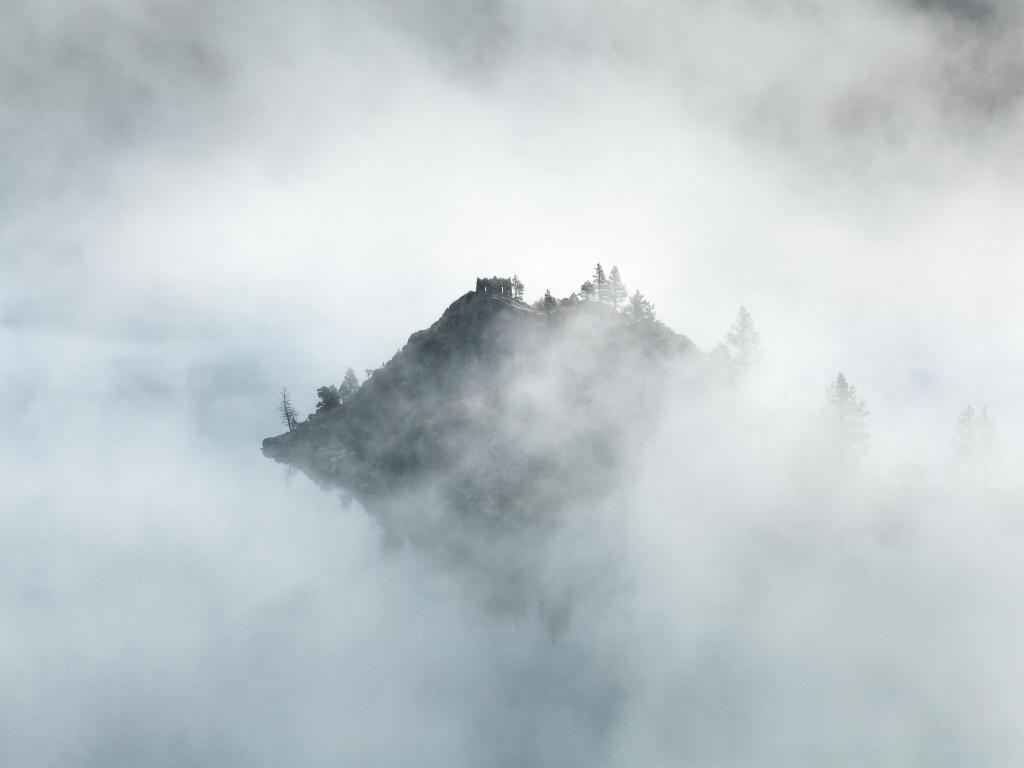 Photo by Etienne Desclides on Unsplash

Brian Eno’s Music For Airports celebrates its 40th anniversary this month. This record is widely regarded as formalising ambient music as we know it today.

To those of us used to the repetitious rhythms and hooks of pop music, ambient music may sound a little sparse. Often devoid of lyrics, a hummable melody and pop song structures, it is about the creation of an environment around the listener. Ambient music floats in the air like a fog, creating a kind of acoustic tint that can be truly affective.

Music For Airports proposed a new way of approaching music, not as something to whistle or sing along to, but to be gently consumed by. Attached to the record was a short essay by Eno that laid out the groundwork for this approach:

Ambient music must be able to accommodate many levels of listening attention without enforcing one in particular; it must be as ignorable as it is interesting.

While ignorable music might seem a touch redundant in the age of effortless distraction, Eno’s initial notes on ambient music still hold weight. Specifically, his ideas on accommodating the varied listening states we each bring to our musical encounters have flourished and allowed ambient to become a music of lived moments.

Each time you encounter a piece of ambient music, it shifts and alters ever so subtly as the sounds around you merge with it. Similarly, our capacities to listen and focus (or not focus) greatly affect our encounters with it.

To mark this anniversary, here’s a chronological selection of ambient recordings that have helped map out its sonic geography. It is by no means exhaustive: plenty of other records have been equally influential, genre-expanding and commercially successful. Consider this a way to wade into the foggy wilderness that is ambient music.

Harold Budd’s Ambient 2: The Plateaux of Mirror is second in Brian Eno’s Ambient series. This record, along with The Pearl, came to epitomise the open musical structures that form the basic building blocks of ambient. Budd’s fingers navigate perpetual cycles across the piano keys, the tones reflecting some imagined walk in a place you might never have been.

Pauline Oliveros remains one of the most important composers of the 20th century. Accordion and Voice captures her creating vast spaces from the simplest of inputs: voice and a single instrument.

While not as celebrated as his ambient music debut, Brian Eno’s Ambient 4: On Land is the first record to significantly explore the influences of land and place in ambient composition. It’s also a record that captured a distinct sense of the “eerie”, as cultural theorist Mark Fisher recently observed.

Best remembered for their publicity stunt involving the burning of a million pounds, The KLF’s Chillout typified ambient’s rising popularity and shift into the mainstream early in the 1990s. Indeed at that time, the term was overused to the point where its meaning became opaque at best. Chillout spaces dotted most raves and other underground dance parties, providing music that expressly shunned hard rhythms and fast beats per minutes.

Thomas Köner’s Permafrost spearheaded a new, so-called isolationist thread of ambient music, one concerned with icy sound fields and harrowing, low-frequency explosions, which felt like the listener was tapping into the songs of tectonic plates.

If there’s one record that solidified ambient’s continued relevance into the 1990s, it was Aphex Twin’s Selected Ambient Works Volume II. It remains a touchstone for the more accessible end of the genre, a gently sweeping collection of warm harmonic phrases washing over pulsing bass lines and filtered downtempo grooves.

With the simple introduction of a pulsing kick drum, Wolfgang Voight (under the moniker Gas, perhaps a reference to ambient’s nebulous musical form) marked out a new territory for the music with a series of recordings including Königsforst. In this fresh terrain, a low-frequency heartbeat could pump energy through uneasy clouds of sound and melody.

William Basinski’s extended work Disintegration Loops stands as one of the most quietly powerful executions of ambient music this century. With the literal sound of magnetic materials falling off decaying tape loops, the singular simplicity of this work never fails to astound.

Whilst her work exists in excess of what some might consider ambient music, Éliane Radigue’s L’île re-sonante crystallises so much about the capacity of the genre to be deeply affecting without becoming didactic in any way. Radigue’s pieces, which often drew from her interest in Buddhist philosophy, were largely made with the legendary Arp 2500 synthesizer, which was adept at creating wavering electronic tones.

Grouper’s Dragging A Dead Dear Up A Hill is another record that recontoured the boundaries of ambient. Its use of blurry, cavernous spaces, within which Grouper buries her songs, creates a unique realm of indistinct beauty.

Félicia Atkinson’s Hand In Hand is one of many recent examples that further extend the possibilities of this music, by recognising the subjectivity of listening. Atkinson is part of a generation of artists whose work is set to push ambient forward into its next 40 years.

Lawrence English is composer, artist and curator based in Brisbane. Working across an array of aesthetic investigations, English’s work explores the politics of perception and prompts questions of field, perception and memory. English utilises a variety of approaches including visceral live performance and installation to create works that ask audiences to consider the relationship to space, place and experiential embodiment. He writes on issues relating to sonic affect and the changing face of sound and listening in the 21st century.