Why you need courage – not talent – as a creative

Forget talent, luck or even confidence – it may be courage that determines your aptitude for success in the creative industries.
[This is archived content and may not display in the originally intended format.] 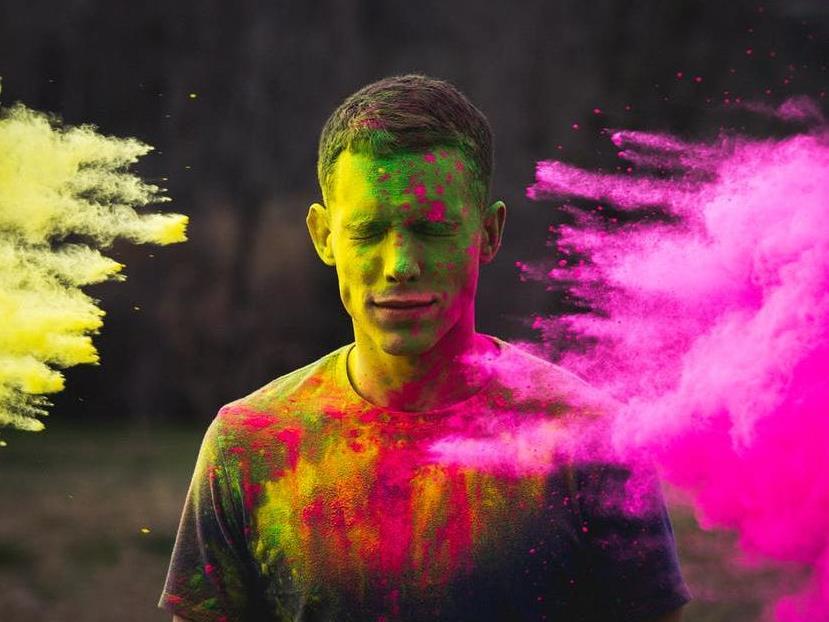 ‘Courage is the most important of all the virtues because without courage, you can’t practice any other virtue consistently.’
– Maya Angelou

There is an assumption that those who have experienced success in a creative discipline must be in possession of extraordinary talent – or luck, or connections, or even supreme confidence.

But there’s another attribute that is frequently overlooked when it comes to creating exceptional work: courage. With unclear career trajectories, critics and audiences ready to place their judgement, precarious opportunities and often irregular remuneration, and even just a blank page – artists, perhaps more than any other profession, are required to face constant uncertainty through their careers.

‘You have to keep choosing something that is useful and propelling you forward and that comes with unavoidable grief – saying goodbye to one thing to say yes to another,’ she said.

It doesn’t get easier

Having the courage to make tough choices and take a step towards potential failure or rejection is key for an artist. Courage isn’t the same as being fearless – it’s being able to move forward in spite of your fear, worry or self-doubt, and being able to do that again and again.

But this doesn’t mean making difficult decisions about our careers or that pursuing new ideas becomes any easier. Bowditch has taken many courageous steps in her career evident in her many hats as a musician, actor, radio presenter, and entrepreneur. The most recent was the difficult decision to leave her job hosting Afternoons on ABC Radio to return to her own music and projects.

‘It’s never an easy decision,’ said Bowditch. ‘A quiet voice was saying, “this is a dream job, you get to speak to extraordinary people, thousands of them every year, who do you think you are saying no to a job like this leaving a job like this on behalf of what, music? You’re a 40-year-old woman in a country where they don’t play songs by 40-year-old women on commercial radio. Like really, you really want to do this?’

While any courageous decision can be messy and peppered with self-doubt, it’s helpful to recognise the discomfort as part of the process. ‘For me, it’s never an easy decision,’ says Bowditch. ‘It looks a hell of a lot of self doubt and then that’s where the courage element comes into it, that’s where I ask myself what kind of life do I want to live?’

How to counterbalance the self-doubt with courage will be the theme of the inaugural Tea with Jam and Clare, where Bowditch will be joined by creative powerhouses Jamila Rizvi and Zoe Foster Blake to discuss on what to takes to pursue a creative career. It’s these kinds of conversations help us all be braver and create environments that foster courage, explains Bowditch.

‘Environments that foster courage are environments where we are allowed to speak our minds and there is room for diverse thinking and differences of opinion.’

In the arts community more broadly, there is greater possibility to foster creativity and courage. ‘There needs to be involvement in the decision making process of those making the actual work. There needs to be freedom to allow the creative person or courageous act to be what it is. People need to be supported when they make mistakes not punished,’ she said.

When the fear of not doing something becomes greater

Like many performers, comedian Michael Shafar had to overcome a lot of fear to get up on stage for the first time.

‘I had – and still have to some degree – a deep fear of failure, so accepting that it would take me a long time to be able to perform comedy well took some courage,’ he said.

Eventually, it was the pain of not trying that pushed his career in a creative direction. ‘Honestly, what overcame my fear of going on stage was the fear of not going on stage. I was very anxious about how my life would turn out if I didn’t give comedy a go and how I might live with that regret forever.

‘I was at a crossroads between pursuing a legal career, or one in comedy. I was terrified that if I didn’t give it a try now, I would find myself with a “normal” desk job and a steady income with bills to pay, and by then I’d feel just comfortable enough to not give comedy a chance. It kind of felt like a “now or never” situation when I first gave it a go,’ he said.

Taking the step has also come with surprising lessons on the roles of success and failure in a creative career and how they debunk the role of ‘talent’.

‘I never really understood how failure and success were linked. I used to think that if I were good enough and I worked hard enough, that I would never experience failure and only have success. Over time I’ve realised that I have to fail on stage to get better as a comedian. If I try something new and it doesn’t work, I don’t see that as failure anymore because at least I learned something. Whereas, if I go on stage and perform the same safe material that I’ve been doing for a while and it goes well, I still feel a bit hollow because I feel like I didn’t actually learn anything new from that gig. So long as I’m learning something new about my comedy, I feel like I’m succeeding,’ Shafar added.

A question of confidence

It is the act of doing something that is most critical to success because it both builds momentum and gives you the confidence to do the next brave thing. In this way, courage builds our confidence because it’s a byproduct of previous performance – we did something challenging, and we can do it again knowing it can be done.

For costume designer on Abigail’s Party, Eugyeene Teh, the courage to make his work comes largely from confidence and trust.

‘I find that a keen awareness of and integration with the theatre community, its conventions and conversations gives me a hard-earned voice. The trust comes from a sense of self, intuition and the invaluable collaborators that I have grown and developed with through the years, who offer support and trust in return,’ he said.

It’s an essential ingredient to success in any creative field, Teh added.

‘Courage is definitely important in creative careers because making theatre comes from taking big risks. In order to engage with the audience and the community, a creative has to challenge ideas, create new conversations and have the audacity to make change.

As well as exploring new work, it’s important to ‘top up’ by engaging with the creative community to refuel, he explained.

‘In order to create new works, I always feel the need to maintain an awareness of and engage with the rapidly shifting landscape of discourse within the theatre community. There is no guarantee that the boost of courage and confidence gained from each engagement will sustain me for very long. I watch a lot of theatre, keep abreast with contemporary art, have frequent discussions with my contemporaries about new works and am engrossed with the fashion world, which is always reflective of society’s interests on an international scale. This gives me the courage to make work that is important,’ he said.

‘If you don’t believe in it, no one else will either.’

For Bangarra Dance Theatre Set Designer Jacob Nash, courage comes from several sources: ‘My culture and the stories I have been involved in telling, the people I work with, the characters within these stories and the artists who are telling these stories.’

Courage is a particularly important ingredient when it comes to creative careers as you need it to ‘embark on an idea, see it through, champion it, stand up for it, and believe in it,’ added Nash.

‘When I was studying, the Head of Design said to me. “If you don’t believe in it, no one else will either”,’ he said.

‘I always have to remind myself not be afraid. Afraid of what lies ahead, in the unknown. That could be failure, the ability to get the job done or just starting. But once I get past this initial period, which I think for me is really about understanding what I am doing, anything is possible in a project – if I observe and respond. It’s also important to believe in my own process, my way of creating is the right way for me,’ he said.

While belief in your own projects, process and ideas is critical, so is the external environment, explained Nash.

‘It’s very hard to be creatively courageous if there is no trust between people and you feel unsure about the pathway forward. In these situations, I think you become courageous in others ways. Your courageous energy moves towards dealing with the production itself, rather than the ideas, and ideas should always drive a project. If you have the right people around you, who are open to possibility and strong leadership, courage has no boundaries,’ he added.

When embarking on a new project or taking a leap into a new career or artform, we can get so caught up in our heads that we forget to look towards the people around us for support, or can input or inspiration from others.

For musician Emily Wurramara who is performing as part of WOW at Festival 2018, courage comes from people around her and the most important ingredient to courage is ‘to always listen first.’

‘It takes a lot of courage to get up there on stage and speak about subjects that are close to your heart, you’re pretty much an open book and to be able to share those stories and dreams with people is definitely courageous,’ she said.

‘I draw on the thought that I’m doing this for my people, my culture, my daughter and for the environment; that gives me courage.’

Taking care of yourself

There will always be a swing of internal voices – one that speaks to your self-doubt, and the other that urges you on to give something a crack.

Simultaneously working on a album, a book manuscript and the new event series Tea with Jam and Clare, Bowditch has to remind herself she will continue to experience this swing.

‘I constantly have to accept that I will probably sit on the edge of panic and problem not sleep terribly well until those three projects are done. That is my particular temperament – whenever I try anything that is worth something, I will feel the full swing of self-doubt and I will have to take care of myself through that.’

For Bowditch, this means going back to back to the basics – friends, family, books, therapy, eating well and ‘keeping alcohol to a minimum,’ she concluded.