Telling our story: how BlakDance are supporting artists and growing audiences

From professional development and residency programs to producing artist developments On Country, BlakDance has had a busy 2018 and shows no sign of slowing down next year.
Anthony Morris 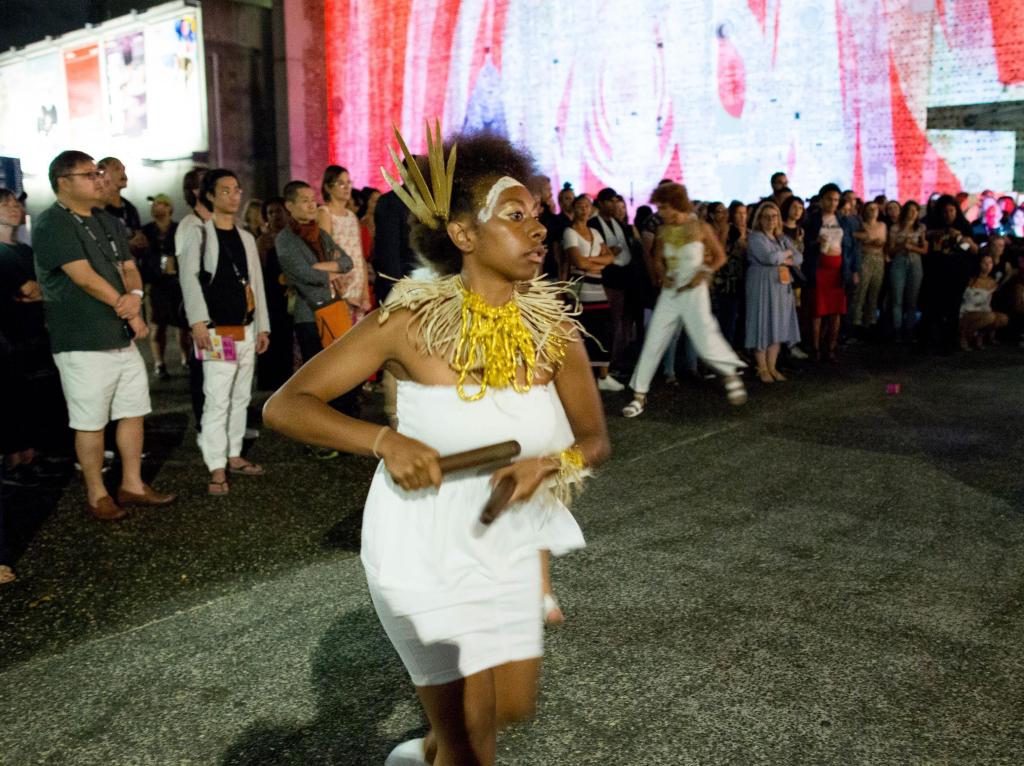 A Call To TOPP’ for The Original Peoples’ Party for APAM 2018. Image credit Rob Maccoll

It’s been a big year for BlakDance, and it’s not over yet.

For over a decade the Queensland-based national peak body for Indigenous dance in Australia has been working to support the development of independent artists and emerging small to medium companies.

‘We’re undertaking critical, innovative, boundary-pushing contemporary practise as a First Nation organisation that prioritises small to medium independent practitioners, but we’re not constrained by Western definitions of artform or what we should or shouldn’t be doing – we go where our sector needs support.’

By way of example, Donnelly points to the company’s work with First Nations artists from Queensland.

‘We’ve invested a lot in our board and our community,’ said Donnelly. ‘We’ve been working to really foreground and prioritise our cultural governance over the year.’

There’s also been a number of significant developments on a programming level in 2018.

‘This year we’ve had our Producer Development Program continue, where we train up young and emerging dance producers. And one of the really exciting projects that we’re just about to start in November is the BlakDance Residency Program.’

The successful residents are intracultural dance company eXcelsior, whose members are Queensland Murris; Wakka Wakka and Kombumerri contemporary dance artist Katina Olsen, who is working with Polish-born Aleksandra Bory on a cross-cultural project exploring the relationship between astrology and the human body; and Karul Projects (founded by Yugambeh, Bundjalung and Wiradjuri choreographer Thomas E. S. Kelly), who are currently creating a new work, SILENCE, which will see the development of career pathways and opportunities for dancers in Queensland as one of its outcomes.

Providing the participating artists with collaborators has been a key aspect of designing the BlakDance Residency Program, of which BlakDance Emerging Producer, Hannah Scanlon is leading.

‘We asked [the artists]: what were the things they needed most?’ Scanlon said. ‘Tom Kelly wanted Jhindu Lawrie from The Medics to come in and work with him on a live percussion sound design and Alethea Beetson from Digi Youth Arts to work on dramaturgy, and Katina was really looking for a mentor, so Victoria Hunt is mentoring her on the protocols and processes for developing work about your Country and family stories.’

In addition to supporting artists, BlakDance is also in the business of building audiences.

‘We are working on a Queensland co-commissioning, co-investment model, we recognise the importance of the development of audiences. So when we get presenters to co-invest in our work, part of the commitment and negotiation is very much around the engagement between that presenter, their performing arts centre, and their community. We hear all the time that more independent First Nations contemporary dance is not programmed because the audience isn’t there. So we say, “we’ll work with you to build audiences”,’ explained Donnelly.

This model in development, will directly benefit Queensland artists, many of whom are, for the first time ever, able to return home and make work on country. BlakDance are training their Emerging Producers Hannah Scanlon and Emily Wells in the development of this program.

‘It’s basically prioritising cultural protocol, making work with your community involved and finding a model that actually transforms that into a successful presentation of the work.’ Donnelly said.

While impressive, such programs barely scratch the surface of BlakDance’s activities in 2018. The organisation are also lead producers on an upcoming international cultural event with Native Americans and First Nations Canadians, First Nations Dialogues New York, extensive lobbying for multi-year funding for any of the 6 First Nations performing arts organisations in Queensland and pushing for a serious re-think of the current arts-free approach to Closing the Gap.

‘All of that is being done by a part-time team of six, three of which are emerging and or trainee producers,’ said Donnelly.

‘We’ve been very humble and behind the scenes, but now we’re working with Karilyn Brown on our strategic planning, Tandi Williams from Patternmakers and we’re being advised by our Board and the elders on our Cultural Council. They’ve all said that we need to start telling our story.’