The Creative Partnerships Awards 2020 celebrate the magic that occurs when the arts, philanthropy and the business community come together. Nominations for the 2020 awards are now open.
Richard Watts 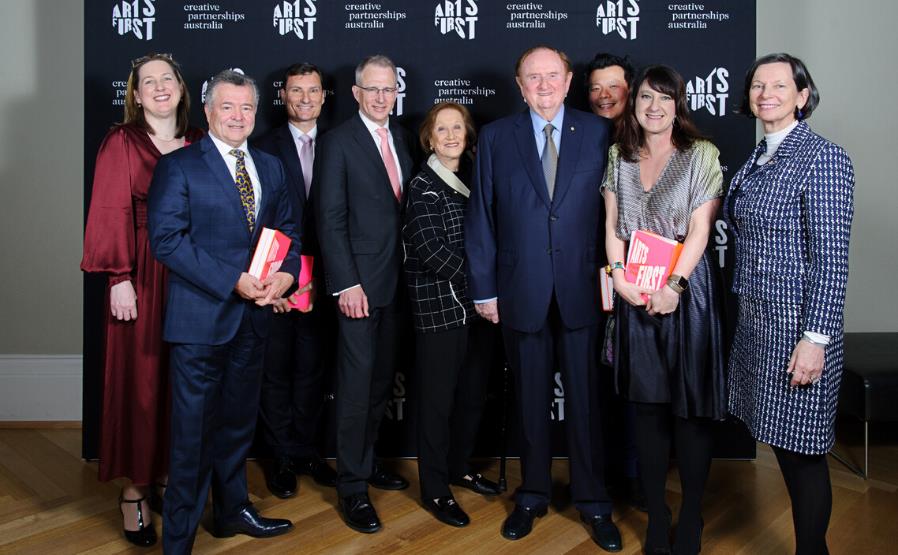 Philanthropic donations and private giving are a cornerstone of the Australian arts industry, but all too often – save for those making the largest and most generous gifts – those responsible for shoring up the sector go unnoticed and unthanked.

‘It’s really important to recognise the contribution of the private sector to the arts, both in terms of business partnerships and philanthropic contributions, whether it be from trusts and foundations or individuals,’ said Fiona Menzies, CEO of Creative Partnerships Australia.

‘And the reason for that is partly to recognise and celebrate those particular people or organisations and what they’re doing, but also because I think it serves as an example and encourages other people to do the same,’ she explained.

Nominations are now open across the four main award categories. A fifth award, the Arts Visionary Award, was bestowed for the first time in 2019, and is conceived of as an occasional award to be bestowed only on truly special occasions, Menzies said.

‘I’m sure there will be occasions in the future when that award is made but it’s not intended to be something that is given every year,’ she told ArtsHub.

‘There’s no time like the present to get your nominations in. We don’t mind if they all come in at the last minute, but it’s a pretty simple form, so don’t delay. What we want is to have a really great bunch of nominations so that we can really have some hard decisions for our board to make,’ she said.

Previous recipients of this award (which recognises an individual working in the arts and cultural sector who has made an exceptional contribution to promoting private sector investment in Australia’s cultural life) include Mary Jo Capps, who for almost 20 years served as the CEO of Musica Viva; the much loved and much missed music educator and conductor Richard Gill AO; and most recently, David McAllister AM, Artistic Director of The Australian Ballet.

Honouring an individual working in the business sector whose leadership, advocacy, practice and example has fostered increased investment and engagement between business and the arts, this award has previously been presented to people like Ian Narev (former managing director and Chief Executive Officer of the Commonwealth Bank Group and Chair of the Sydney Theatre Company) and last year to joint winners, Ian Kew (Chief Executive Officer for Airport Development Group Pty Ltd, which has interests in Darwin International, Alice Springs and Tennant Creek Airports, and a long-term supporter of the arts in the Northern Territory) and Helen Carroll (Curator of the Wesfarmers Collection of Australian Art and manager of Wesfarmers Arts, a program that provides $4 million annually to the performing and visual arts nationally).

‘Awarding this category has been a bit harder as the years have gone on,’ Menzies said.

‘Some years back I think business leaders were a bit more open about their support for the arts, whereas I think in the current climate, business leaders tend to be a little bit more circumspect about these things …  We are looking for somebody who really can see the value of their organisation supporting the arts, and who really champions that within business communities and the broader community.’

Awarded last year to Dr Terry Wu, a specialist plastic surgeon and a passionate supporter of the arts, this award recognises an individual who is new to the philanthropic sector and whose leadership and contribution to the arts is shaping the future of philanthropy and private giving in Australia’s cultural sector.

The Emerging Philanthropist Award reflects the fact that philanthropy can begin at a relatively modest level but grow significantly over time, and also highlights the changing nature of philanthropy over time, Menzies explained.

‘We know that with generational wealth transfer, subsequent generations don’t necessarily have the same interests – in terms of their giving – as their grandparents and parents had. So it’s really important for us to be able to identify those emerging donors particularly, in order to set an example for their peers and to help us articulate the value of the arts, because we want to make sure philanthropy to the arts continues over time,’ she said.

Recognising an individual, family, group or foundation or other entity whose leadership, advocacy, practice and example has contributed significantly to the arts and encouraged philanthropic giving to the arts, the Philanthropy Leadership Award has previously been presented to stalwarts Naomi Milgrom AO (whose Naomi Milgrom Foundation, founded in 2014, aims to enrich Australian cultural life by engaging new audiences with exceptional art, design and architecture) and most recently to John Gandel AC & Pauline Gandel AC (who have jointly distributed more than $100 million dollars to arts organisations and programs across Australia).

‘What we find is that the people who are being nominated for the Philanthropy Leadership Award are people who generally have quite a long-standing relationship with the arts,’ Menzies said.

‘They’re people who have a deep understanding of the arts through the relationships they’ve developed because of their giving. And that’s one of the most enjoyable parts, I think, about talking to some of these people who are nominated – their love of the arts is as great as ours. And they’re so knowledgeable! They know a lot about the arts because they are really so very deeply engaged with it.

‘We absolutely get such an impressive group of nominees for this category every year. It’s quite overwhelming in terms of realising how much support there is, and how genuine that support is for our sector,’ Menzies concluded.