Filmmakers of all ages and levels of experience create with rare collection items when they enter the State Library of NSW’s 2020 Shortstacks competition.
Richard Watts 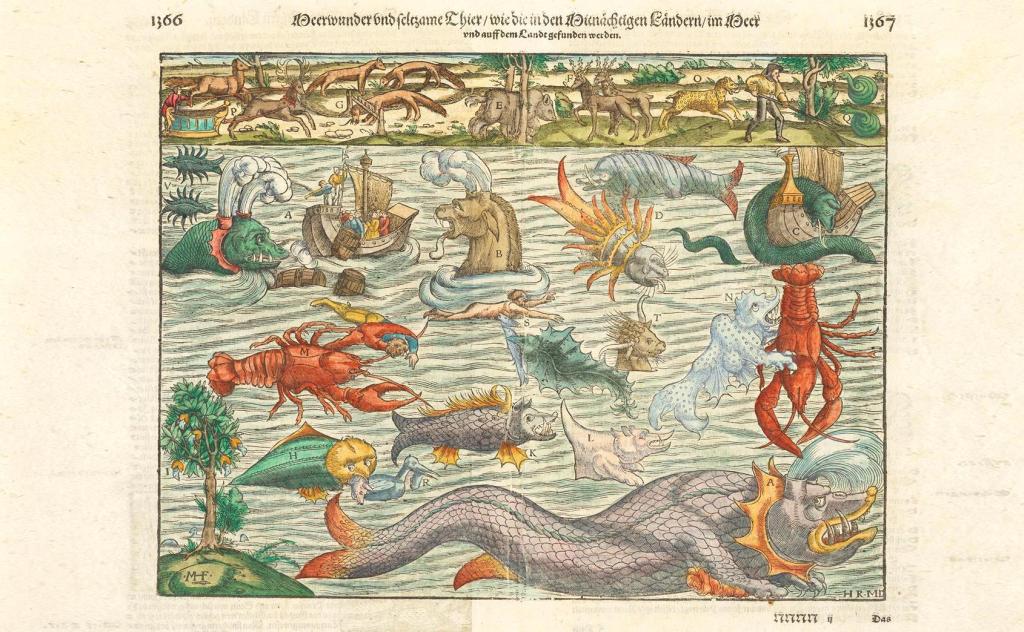 A hand-coloured medieval woodcut depicting terrifying sea monsters; a collection of over 7,000 Aboriginal words from across Australia compiled during the 1870s; and a message in a bottle dropped into the ocean by the first Australians to fly from England to Australia in 1919 – these are just some of the fascinating objects held in the collections of the State Library of NSW.

Filmmakers of any age and level of experience are invited to draw inspiration from these and other specially selected objects as part of the Library’s 2020 Shortstacks short film prize. Prizes totalling $20,000 are offered across two categories – general entry and films by under-18s.

Films can be made in any style and genre, including documentary, fiction, animation and experimental, and shot on any equipment, from drones to smart phones. The two main restrictions are length (films cannot exceed six minutes) and content: every film entered must reference at least one of the objects selected by the team from the State Library.

‘As Australians we need to tell our own stories, and what better place to go for inspiration than the State Library of New South Wales, which holds so many of our most memorable stories?’ said film critic Margaret Pomeranz, who will be one of the judges of the Shortstacks competition.

Samantha Hagan, Manager of Public Programmes at the State Library of NSW, explained that the prize is an important way of helping shift public perceptions about the Library and its collection.

‘We are aware that many people have a clearly defined idea of what a library is. We want people to understand that we have more than just books; we have maps, paintings and objects too – we’re one of the first collecting institutions in Australia,’ Hagan said.

‘Libraries are a free and democratic place to get access to all of these amazing things, and I think people don’t necessarily understand that. So this competition is another attempt to get people to see us in a new light.’

Ensuring that people of all ages, regardless of their film-making experience can enter the competition is another way of reflecting the accessible nature of libraries.

‘Anyone can make a film on a phone. You’ve still got to edit it of course, but this is another way of being equitable. You don’t have to have fancy equipment and you can be any age – all of these things still revolve around access to the collection,’ said Hagan.

Narrowing down the choices of inspirational objects from the State Library’s collection which filmmakers are asked to respond to was tough, according to Hagan.

‘It’s almost like you’re championing your object; you’re cheering for the object that you think should really be there, because all of the pieces have such a great history behind them. They have their own amazing stories that we love, and now we’re just asking people to create new stories inspired by them.’

Hagan’s advice to filmmakers who are considering entering the Shortstacks short film prize is to think outside the square.

‘Try and think of a unique way of referring to or presenting the object. When you have a defined object in front of you, it can be quite difficult to break out of its existing narrative, so let your imagination run wild.’

Entries to the State Library of NSW’s 2020 Shortstacks short film prize close at 5pm AEDT on 5 April 2020. Visit the Library’s website for entry guidelines and conditions.