How using the pandemic to expand has paid off

Fox Galleries used last year’s shutdown to rethink the commercial gallery model, expanding its space, taking on new artists and working in a cross-dimensional way – turning the new normal into a boon for growth.
Gina Fairley 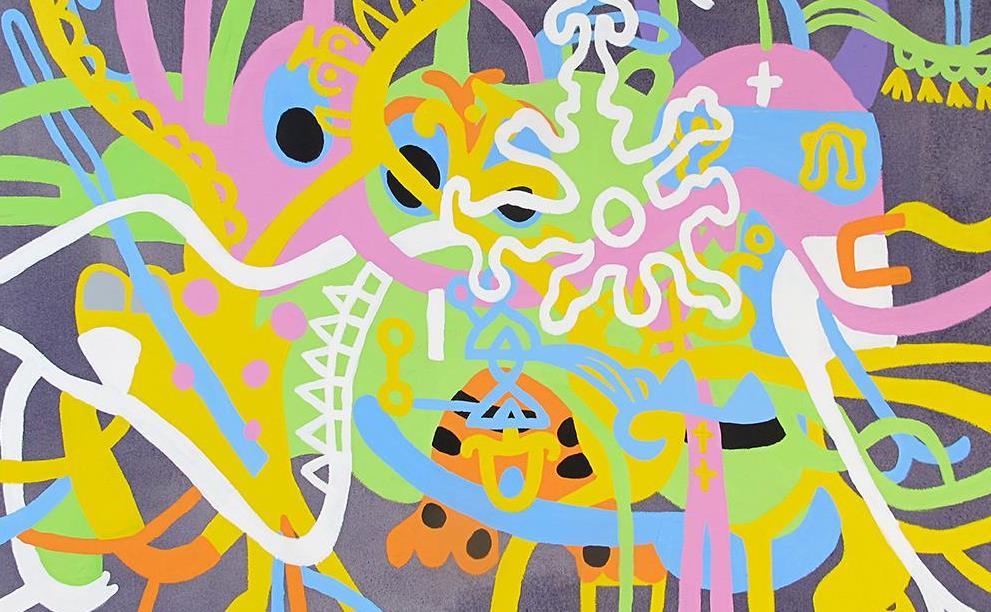 When many galleries were bunkering down in 2020, reserving energies and narrowing their program, Gallery Director Michael Fox made the bold decision to expand.

Fox took advantage of two vacant neighbouring shops in the inner Melbourne suburb of Collingwood to create a real destination, and expand his temporary exhibition space to include a stock gallery and new event venue.

Fox told ArtsHub: ‘We had a challenge when COVID hit, and asked ourselves how do we keep engaged. We made the tough decision to suspend our program, as we felt it was unfair to put on exhibitions in uncertain times, when people could not physically see the shows.’

Fox and his team spent most of last year producing a publication series on a seasonal basis.

‘When we finally re-opened in November, the feedback was like going to the hairdresser – people literally wandered in saying, “Thank God you are open!”’

Fox reported that following the initial shutdown, they had one of their best quarters ever. ‘People really wanted to buy and support artists.’

‘What has happened, and is continuing to happen, is that people can’t travel so they are going back to that traditional way of living and making a home – and one way of doing that is to collect, and live with, artworks. I feel that is happening again now.’

Jason Moad, Pioneer, 2020, Oil on board. Image courtesy the artist and Fox Galleries.

Fox has been a gallerist since the late 90s. However, after a shift to the art auction market and completing a Masters in Tax, Fox returned to the gallery sector in 2016, reopening his space in the Collingwood art precinct.

But it was the recent pandemic that was a final trigger to re-thinking the role of commercial galleries and how they can better engage with audiences, and be more holistic.

‘I started to think how to cross-pollinate the professions and art itself, and about getting that balance right between magic and money,’ Fox told ArtsHub.

Launching in February, as part of the new gallery refit, will be a multi-purpose, event-come-boardroom space. Fox described it as a ‘space where people can just hang out. It’s a bit difficult to just hang out at a gallery, and intimidating to walk in to.’

The space will be used for live music, readings, talks, wine tastings – a mosh of ways to engage people in the arts and usher them into appreciating the importance of art in their lives, explained Fox.

Fox says that his operating model pushes beyond the standard commercial gallery, and that he is prepared to look at the edges to find fresh talent, and outside of the trends.

‘I don’t think there’s a lot of similarities with what I do, and what everyone else does,’ said Fox. ‘I think there needs to be a bit more openness across the commercial gallery sector.’

This is also played out with Fox’s new stockroom gallery, which also breaks the traditional model.

‘They are usually stuck behind the gallery in a back room with artist’s works piled up, and some with racks. It’s not conducive to showing … [I suppose] I am a bit of a traditionalist in that I love a beautifully curated exhibition, and want to show my artists all year round.’

Harold David, To Never Leave or Let Them Go, 2020, Mixed media on canvas. Image courtesy the artist and Fox Galleries.

Fox made the point that the Roaring ‘20s followed the 1919 global flu pandemic, with an incredible period of bold expression and creativity.

It was a comment shared by artist Harold David, who told ArtsHub that he was particularly drawn to the abstract expressionism that emerged after World War II.

He believes that it is a great time to be an artist. ‘I think it is all we have as human beings – a way to express, an outlet, an escape from what we are going through.’

David is part of the group exhibition These Days, launching in Fox Galleries new spaces in February, which will shine a light on the gallery’s stable of artists after a difficult year.

The gallery describes it as an ‘exploration of hope, intimacy, tenderness, political harangue and quashed dreams in a gesture of (re)connection.’

David joined the gallery’s stable of artists during the pandemic, and will have a solo exhibition this coming May.

‘They took me on board in the middle of it all, and they sold some work straight away. I remember my first conversation with Michael and him saying, “we are here to support you”. That is all I really need.’

David says he likes having gallery representation. ‘I get asked all the time, because of Instagram, how much I’m selling my work for. That is not my department … Plus being with a stable of artists – and all that shared energy – is great,’ he added.

When making his works, David says there is no plan. ‘I just hit the painting and work out the composition as I go. It is about tapping into that unknown connecting us all.’

He likens it to creating music. It is a fitting analogy as we all embrace a kind of improvisation as we navigate ‘these days’ of our new world.