How playwrights test themselves against the world

Playwright Alana Valentine on the power of theatre, the importance of community and testing yourself creatively.
Richard Watts 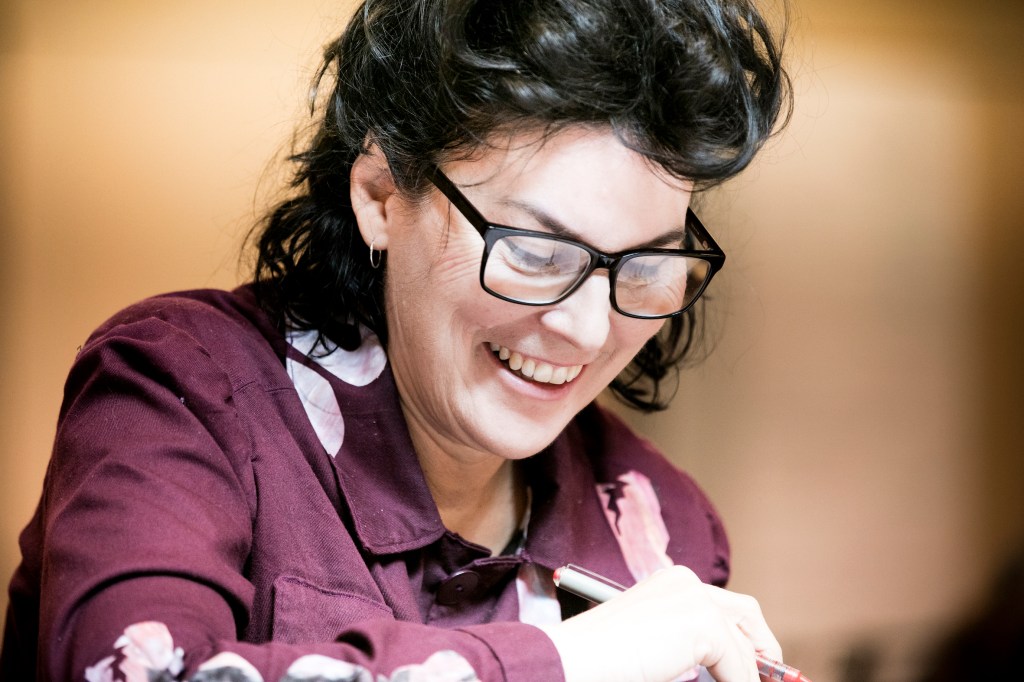 Being a writer is ‘an opportunity to test yourself against your times,’ according to Helpmann Award-winning playwright Alana Valentine.

‘One of the things you start to accept about being an artist is that you sit both outside and inside your times. You have an outsider’s perspective but you also have to be part of your community. And as a  playwright – almost more than any other writer – you have your own individuality, your own vision, your own voice; but you also have to fit in with the times  and  in the society that you find yourself in,’ Valentine explained.

The writer’s challenge is to push back against the world while also learning how to truthfully describe it.

While some writers develop their skills over many years or even decades of practice, enrolling at an educational institution can greatly assist in the development of these critical skills and faculties – while also providing the time to learn and experiment.

‘Any place  where you gather with other creative people teaches you about being part of an industry, of a society,’ explained Valentine, a librettist, playwright and dramaturg whose work includes the critically acclaimed Barbara and the Camp Dogs (with Ursula Yovich), Ladies Day and Letters to Lindy, as well as several television screenplays.

‘It makes you test yourself against the other writers and people who are there. You create connections with some; you also become comfortable with the fact that you don’t get on with everybody – that’s also an important thing to learn to be part of the industry. All of those things are the benefits of going to somewhere like NIDA.’

Valentine is a writing graduate of the National Institute of Dramatic Art (NIDA) (Playwrights, 1989) and is passionate about the power of playwriting as an artform.

‘What a playwright does is tell stories that show you two things. First, what your own life is. It says to the world, “Look at this version of your life condensed down into two hours and learn something and understand something about what you’ve gone through, that you didn’t realise when you were just living it,”’ she told ArtsHub.

‘The second thing playwrights do is make us realise that there are geniuses and extraordinary people right under our noses. When I’m speaking with, I don’t know, the person at the supermarket or the person who lives two doors down from me, in them is the whole world. In them is a story that could knock your socks off, if only somebody found a way to tell it.’

Studying at NIDA also taught Valentine about the importance of connection and collaboration.

‘NIDA encouraged me to find my people. What I saw happening around me was people connecting with designers and actors and I wasn’t necessarily forming those relationships at NIDA but it taught me that that’s what I had to do. I had to go and find  my tribe – people who would believe in my vision, even when other people were saying that’s not the way to do it. It taught me that I had to collaborate; that no playwright – no female playwright particularly – is an island,’ said Valentine.

For someone so passionate about playwriting, it’s surprising to learn that Valentine came to writing for theatre, after early success – while studying at NIDA – as a writer of radio drama.

‘Radio was my first love, but what I loved about it was that really great actors – and I’m talking the best actors of their generation – would come in and do radio plays, because they only had to commit to two or three days. So I could witness the craft and the brilliance of what a great actor can bring to a script and it is an amazing thing. It’s really different working with students on your play than it is working with seasoned artists,’ she explained.

Writing for radio gave Valentine a sense of ‘what actors can do with your meagre little talent,’ she continued, which was why she began following the actors she had met to the theatre, to experience more of their craft.

It was here that Valentine discovered the true power of theatre – the sense of connection and community that only live performance reveals.

‘As human beings we are individuals, but we also have this collective self, this community self that is revealed when we’re in a theatre. And that’s what ultimately draws me to theatre – that when we’re in a room with live performers, we start to react to the words on stage and the performance on stage, both individually but also as a collective, as a group,’ she told ArtsHub.

‘In my writing, in Letters to Lindy for example, I’ve looked at how that can create a mob sensibility, but how it can also create a community sense, a collective sense. And I became passionately taken by this experience of being part of the whole; of sitting in a room in my own body and my own self but ultimately being part of a group.’

Applications to study a Master of Fine Arts (Writing for Performance) at NIDA in 2022 will close soon, on 31 August. Through NIDA’s new Edward Federman Scholarship, an opportunity exists for a female applicant who identifies as Indigenous or Culturally and Linguistically Diverse (CALD) to receive $10,000 in their first year of studies.