Working behind the scenes of a theatre production can be a creative and fulfilling career. The Victorian College of the Arts offers a path into the industry.
Rose Mulready 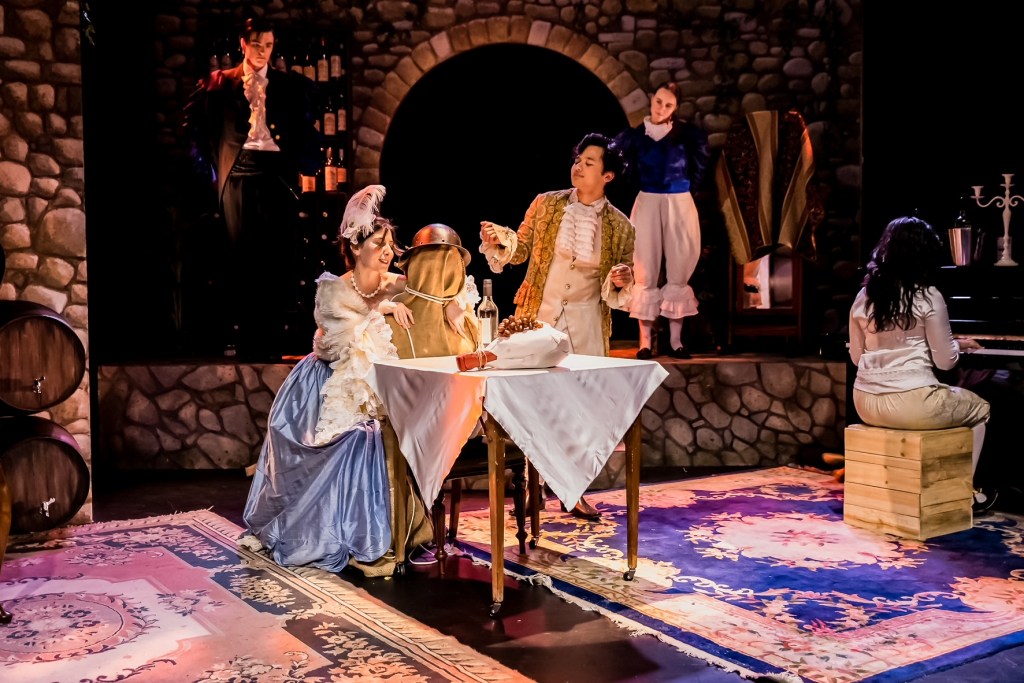 Seen from your theatre seat, a blockbuster musical has such an impact that you often don’t notice its constituent parts.

But even a tiny production has multiple elements – costumes, props, lighting, sound, stage management – that can be the basis of a career. The Bachelor of Fine Arts (Production) at the Victorian College of the Arts, the University of Melbourne offers not only training in your chosen field but valuable mentoring and industry connections.

Aye Zyver Banez, who is in her third and final year of the course, is specialising in costume design and construction. Although in her high-school years she had an interest in making and sewing, she didn’t immediately think about a career in costume design. Her first undergraduate course was in architecture; she worked as a graphic designer and illustrator, but never felt real passion for those fields.

It was Hamilton that showed her that her ‘love of stories and aesthetics and fashion’ could be turned into a vocation.

‘I didn’t even realise that costume design and construction for live performance was a career option until I started to get into musicals. Watching Hamilton’s backstage and behind-the-scenes videos led me to imagine myself as one of the people putting on shows for others to enjoy,’ she said.

‘My mentors and peers have been great references for internships which then led to more connections.’

Banez’s love of drawing, and her experience working with design software like Photoshop and communicating visually, stood her in good stead as she learned the skills of her chosen craft. But one of the most valuable aspects of the course was the opportunity to work on multiple productions. This was possible even in her first year.

‘I’ve been on the costume crew for The Cripple of Inishmaan, I was a costume assistant for The Hello Girls, and I was a costume and set designer and maker for Rats on Cocaine Prefer Jazz. These [opportunities] provide a training ground that prepares us to enter the industry. It’s also through these placements that I found which area I really wanted to specialise in. While I still want to pursue design, I’ve grown more and more interested in costume construction.’

As well as providing practical experience, working so closely with her fellow students gave Banez a sense of community and led her into the wider community of theatre production.

‘Having a small cohort makes this group really intimate: you get to know everyone and make amazing friendships. These connections have not only been a great source of emotional support but also a support when it comes to industry experience. My mentors and peers have been great references for internships which then led to more connections.’ One of these was an internship at Hamilton, bringing Banez back to her inspiration – and pointing to her future.

‘My internship at Hamilton was only a taste, and I would love to learn more about the daily ins and outs of the wardrobe department, learn different techniques for costume making and work my way up to one day becoming a costume designer for a major musical production.’

Find out more about studying the Bachelor of Fine Arts (Production) at the Victorian College of the Arts, University of Melbourne.

Rose Mulready is a freelance writer and editor specialising in the arts.