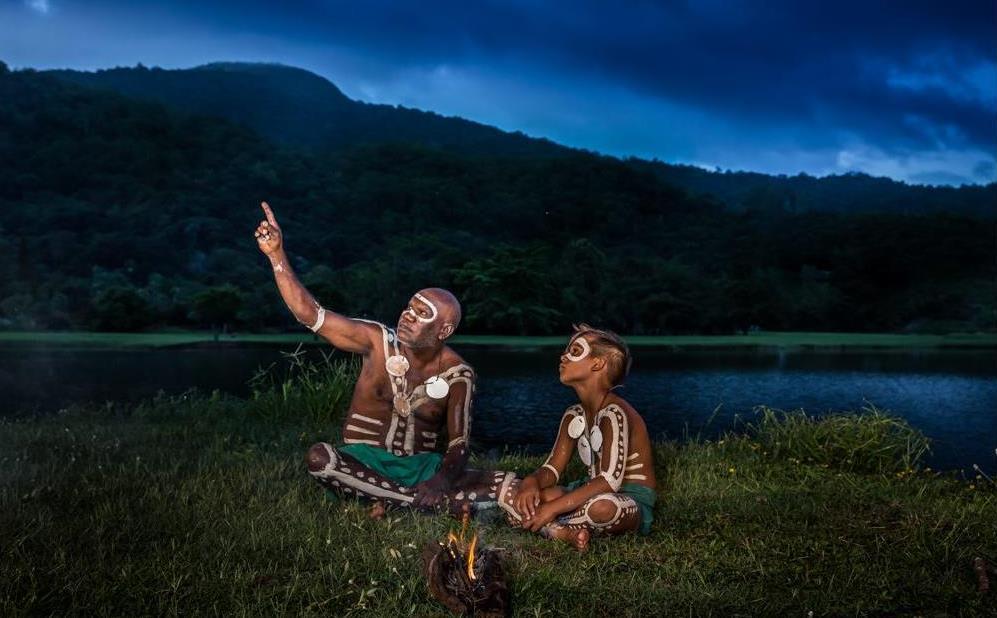 Drawing on the five founding pillars of Aboriginal society – family and ceremony, connection to country, connection to one another, laws and practices, and language – Miriki Performing Arts uses the power of the arts to foster resilience, creativity and pride in children and teenagers aged six to 20.

‘Working with other key stakeholders, such as their families or our cultural leaders who come in and teach song and dance, we’re getting the young people to really tap into their cultural identity and to feel proud about that.’

The holistic approach practiced at Miriki Performing Arts reflects an interconnected tradition stretching back tens of thousands of years.

‘In terms of dance and song, connection to country and to each other, our laws and practices – that was a part of our ceremonies and has been passed on through the ages. Under the Western structure, some of that works in isolation from each other, in silos.’

Working holistically, Lampton said, ‘makes a better person. It helps to complete them and to make them whole. And we understand that with dance and with our productions.’

Another important aspect of the company’s methodology is a trauma-informed practice called, ‘the Gathering of Traditional Owners process,’ Lampton explained.

‘We’ve been working with our Native American families from North America and they have the template of that process. Theirs is called “The Gathering of Native Americans” process and it’s been delivered for the last 30 years quite successfully in their communities.

‘So when we’re working with our young people, we’re teaching them about intergenerational trauma. We’re looking at the history of past policies; we’re looking at how that has affected our communities, the individuals and the families. Once we understand what has happened, and we have an acknowledgement of that, we then look at how we can heal from that using the performing arts. And so all our productions are an expression of what the young people have learned through that process,’ Lampton said.

Connections with First Nations people in the USA have been built up over several visits to California in recent years, where Miriki now has well-established relationships. One important outcome of such visits has been to inspire a vision for the future.

‘When we went to LA, our young people noticed there were a lot of black dance schools for the younger kids, for those who are not yet 16, and that is something that we don’t have here in Australia at that level. That is something that the young people are definitely keen to have, and so now we’re aiming towards developing the school so we can target a lot more young people and start delivering courses for them. So that way, they can get their certificates, not just do the productions; they’ll walk away with some sort of accreditation.’

Works created by the Cairns-based company are performed to audiences of 7,000 to 12,000 in a normal year, ranging from small performances at local schools for NAIDOC Week and regional festivals, through to the annual Murama Festival at Sydney Olympic Park.

Miriki also stages one large-scale production a year, drawing on a range of dance practices including ballet and contemporary dance, but always grounded in the traditional.

‘With a lot of the shows we start off with the pure, traditional dancing that is taught by one of Yidinji’s recognised song men, Uncle David Mundraby, he’s from the clan group Mandingalby of the Yidinji nation. We start off with that strong focus on the traditional because we don’t want to lose that essence, and when we go into the contemporary, the audience will see elements of the traditional dancing coming through,’ said Lampton.

‘When our young people come in on a weekly basis, we also deliver technique. So we have our technical teacher, Rebecca Youdell, who delivers the training and has a background in ballet … We also bring in our cross-cultural connections with other mobs from around the world, and what we find is that there is now a fusion being developed with the young people in their creative work. When they start to create their own choreography with our choreographers, they draw from all of those different techniques.’

As a result of the skills they are taught at Miriki Performing Arts, the young people are learning much more than a fusion of dance techniques.

‘What we have found over the past few years is that 92% of the young people who have come in and worked with us have now gone on to either further education and training, or employment. That means we’re now seeing the benefit of having the young people using the performing arts as a platform not just to understand the past, but to recognise what has happened and move forward, to be able to create a better community – and finding themselves.’