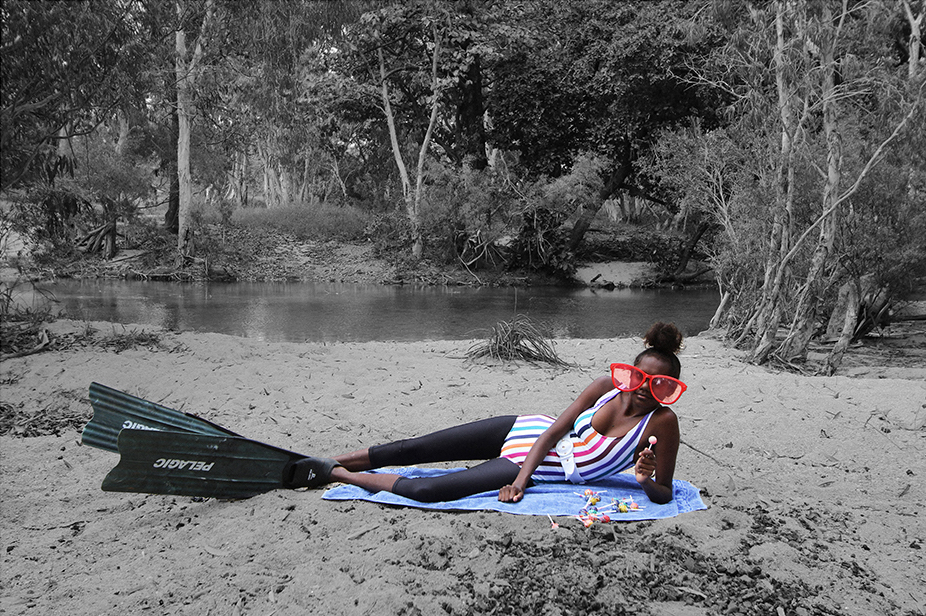 Is being faceless akin to being without identity? It is a question posed by writer Renée Mussai for the catalogue essay for FACELESS: Transforming Identity, a new exhibition at Cairns Art Gallery (QLD).

The exhibition draws together 15 Indigenous artists from Queensland and 10 from Africa and the African diaspora globally, a number of whom are represented with newly commissioned artworks. Collectively, they interpret identity through a revisioning of the face by using devices such as embellishment, erasure, and disguise.

The Gallery explains that for the artists in this exhibition, the physicality of the face, as a marker of identity, operates as a device through which to explore and redefine the self, in different social, cultural, and political frameworks and contexts, and to suggest new meanings and interpretations.

Gallery Director Andrea Churcher told ArtsHub: ‘The premise is about being seen as one wants to be seen, rather than the way other people want to see you. Across history, the few portraits of Indigenous people are how white people have wanted to see them. In this exhibition the artists use facial disguise in order to own their image and to explore ideas around identity.

Several years in the development, the exhibition continues the Gallery’s program forefronting ideas shared by blak/black artists from around the world, starting with Continental Drift: blak/black art from South Africa and North Australia (2018), then Queen’s Land: Blak Portraiture (2019), and RITUAL: the past in the present brought together Australian Indigenous and Asian Pacific artists (2021).

Churcher said the genesis of this exhibition stems back to that earlier Blak Portraiture exhibition. ‘I think the concept of portraiture in the Faceless exhibition is really interesting in the way that the face is being used differently to express identity and engage social, cultural and political conversations,’ she told ArtsHub. ‘It is subverting the traditional notion of portraiture– to extend the boundaries and challenge what we understand it to be.’

This is a different take on portraiture, to rethink the whole idea of imaging the face and what that means. It is not about the gaze; it is about identity.

While many of the artworks in the exhibition use the medium of photography, there are also videos, sculpture, performance-based works, and many object-based works that pick up on the idea of facelessness.

For example, Shirley Macnamara’s mourning caps – which are cultural objects worn on the head and screening the face from view – Fiona Foley’s installation of hoods Atonement Australia? (2022), or Janet Fieldhouse’s multi-media work from her I AM: Because of series (2022).

She concluded: ‘We want to feel that we are making a contribution to scholarship. Research and scholarship are important, and it’s important for regional galleries to be part of that’.