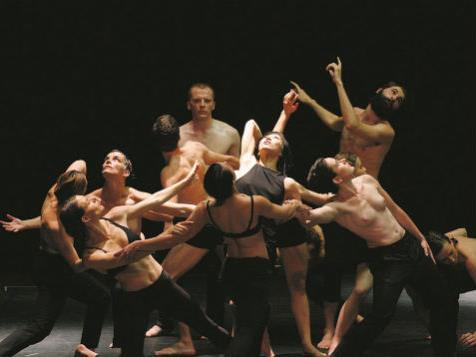 The European group Compagnie Didier Théron will explore sensuality and eroticism in their September production of Shanghai Bolero Triptych, with a rigorous and concentrated approach defining the work.

Originally premiered in a choreographic work by Bronislava Nijinska at the Paris Opera in 1928, the Bolero score by Maurice Ravel has since been subject to many diverse interpretations.

Didier Théron, an experimental choreographer who studied with Dominique Bagouet and Merce Cunningham, as well as in Japan under the Villa Medici scholarship, has used the Bolero as inspiration for a new, durational work of sustained intensity.

Théron has made a name for himself through arduous performance practices exploring geometry and trajectory. He uses the body as a material to create clean form and intense precision via the release and control of energy. In Shanghai Bolero Triptych, Théron uses clarity and repetition to present an intense composition of feminine, masculine and mixed forms.

According to Carriageworks Director Lisa Halivah, ‘The dance is performed three times, it’s a durational work. They’re an amazing international company, so it will be really beautiful.’

Home-grown talent also gets a look in, with Obscura to be showcased in October 2014. This is a new solo dance work by Byron Perry, an multi-award winning Australian choreographer and dancer whose interest in photography, visual art and design have led him to create an unexpected and experimental multi-arts production.

Obscura will deal with the systems and mechanisms of communication, and the subsequent interpretation and meanings that evolve from these processes. Rhythm, repetition, and mutation will rule over Perry’s physicality in the production.

Natural light and an original score of field samples recorded by Perry from the Carriageworks space are to be integrated into the work, and part of the performance will be the use of an immersive installation space.

Obscura has been co-commissioned by Carriageworks, along with Carriageworks Resident Company Force Majeure, of which Perry is Associate Director. By the time of performance Obcura will have been in development on site at Carriageworks for 18 months.

These productions and others outlined in the Carriageworks program promise an engaging and unique 2014 season of dance, with contemporary themes and experimentalism promoting appeal beyond regular dance audiences.

Byron Perry’s Obscura will be performed 14–18 October at 2pm and 4pm at Carriageworks. Tickets are $35.

Melanie Sano is an ArtsHub writer.