Love Marriage in Kabul will offer Sydney Film Festival audiences a thoughtful insight into the tradition of marriage in Afghanistan.
Troy Nankervis
[This is archived content and may not display in the originally intended format.] 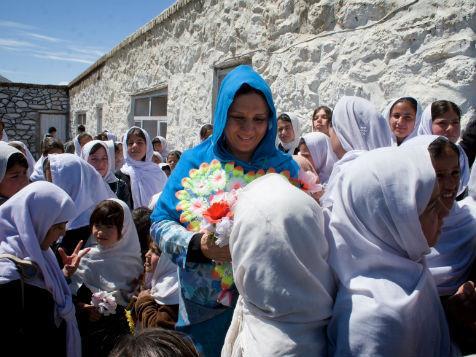 Iranian-Australian filmmaker Amin Palangi has made the shortlist of the Australian Documentary Foundation Prize at this year’s Sydney Film Festival (SFF) with documentary Love Marriage in Kabul.

In his directorial debut, Palangi has been shortlisted as one of the 10 Australian documentary films vying for the  $10,000 Documentary Australia Foundation Award. The winning film will be announced during the Closing Night Gala on Sunday 15 June at the State Theatre.

Palangi said that he was inspired to make the feature length documentary after multiple trips between Australia and Afghanistan, where he documented the life of Afghani-Australian Mahboda Rawi, a Sydneysider who established an orphanage in Kabul following the death of her son.

‘‘The story follows the incredible journey of Mahboba Rawi, the founder of Mahboba’s Promise, as she passionately negotiates and challenges old traditions to make a love marriage happen between one of the first orphans she has rescued, and the girl next door,’ he said.

Palangi hopes that Love Marriage in Kabul will illuminate audiences to the traditions and challenges of marriage from this side of the world.

‘The audience that I had in mind for this story was an audience who are not necessarily Afghani to be honest,’ he said.

‘Through this film I would like to challenge the stereotypes that exist about Afghanistan and Afghani people. Being a love story, I hope that Australian and international audiences will identify with the main characters of the story in a different way and will have a more intimate understanding of the present culture in this war torn country.’

Palangi said he wanted to also challenge the perceived power roles of women in Afghanistan.

‘By following Mahboba as she negotiates her way around Afghanistan, and pushes men around, I want to showcase the
enthusiasm and unstoppable spirit of Mahboba in this film and represent a very different image of women in Afghanistan to what we would normally see,’

‘Those are the misconceptions that I would like to challenge and hopefully change.’

An AFTRS graduate, Palangi has finished his PhD and works as Screen Culture Producer at Parramatta’s Information and Cultural Exchange, where he mentors emerging filmmakers and storytellers.

The 61st Sydney Film Festival runs from 4 to 15 June in venues across the city.