Timeless beauty in contemporary dance.
Charlene Li
[This is archived content and may not display in the originally intended format.] 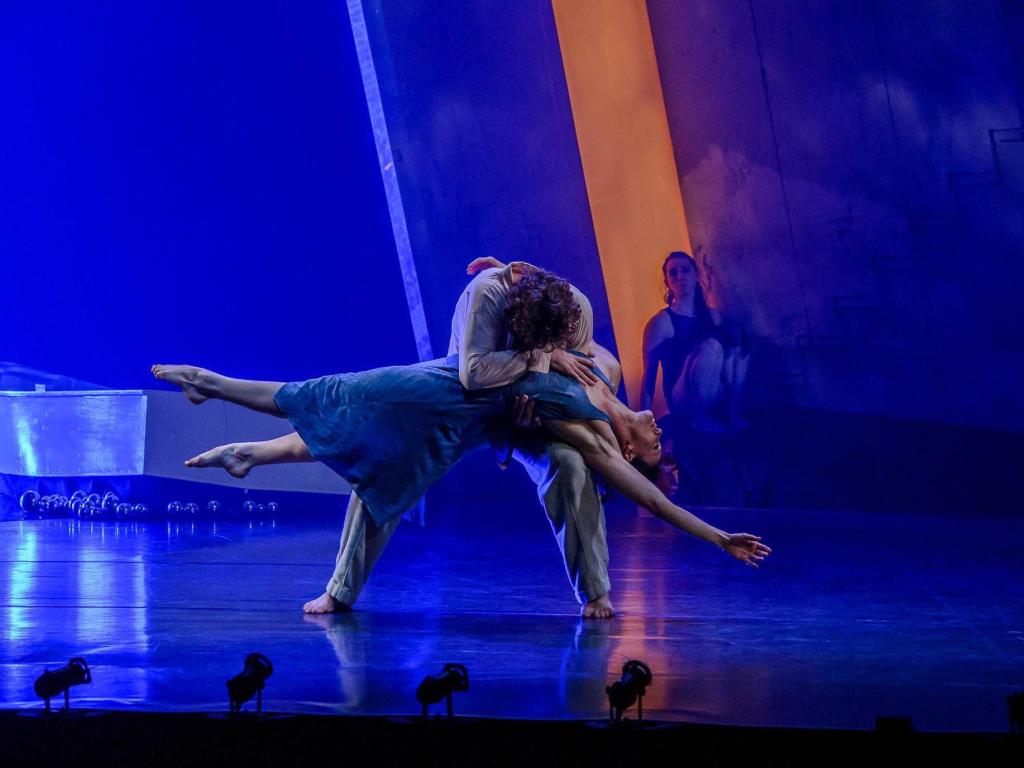 The weighty themes of death, time, and memory with vivid clarity and understated simplicity in Natalie Weir’s When Time Stops. This season is the second iteration of a successful collaboration between Expressions Dance Company and Camerata of St John’s, which had its premiere season in 2013 to critical ​acclaim. The concept is loosely based around a woman’s final moments on the precipice of life and death, as she journeys through her memory across pivotal moments throughout her life – moments ‘when time stops’. However, the concept is just a departure point, and there isn’t an explicit narrative or intended meaning to be imparted from the segments that comprise When Time Stops. Rather, what’s shown is a series of dance vignettes with an invitation for the audience to glean their own personal meaning, as if looking into a mirror.

Music for When Time Stops is more than just accompaniment, and the musicians of Camerata of St John’s share the stage with the dancers as they consummately bring to life Ian Grandage’s lush contemporary classical soundscape. The sets are minimal but evocative, the inclusions carefully curated and rife with symbolism.

Natalie Weir’s choreography is as distinct and dazzling as ever, with fluid technicality and inventive floor work made to look effortless despite its impossible difficulty. Perhaps as a result of the three guest artists, the range of choreography shown is notably diverse, honed to the movement quality of each respective dancer.

Michelle Barnett is elegant and strong as The Woman whose journey we are privy to, and reappears throughout the work like a motif. Thomas Gundry Greenfield is another consistent presence on stage as The Ferryman; he rows in the corner playing on our subconscious throughout almost the entire work. When’s not rowing, his solos have a quality remniscent of ancient Greek gods, befitting the otherworldly nature of his role. Guest artist Xiao Zhiren as the embodiment of Time brings to mind a conjurer, manipulating a silver orb with deftness and zen-like focus. Jake McLarnon in his solo Repercussions dances as if an extension of the music, an image that’s sprung from it; his musicality is rare and entrancing to watch.

Of the lighter segments, First Kiss danced by Rebecca Hall and Benjamin Chapman makes an impression for its sheer exuberance. The audience is transported to a halcyon time, one filled with newness and possibility, a time some may not have experienced but nonetheless yearn for. Rebecca Hall is ethereal and graceful, her dancing complimented by a flowing pink dress that responds to her movement to give off an illusion of weightlessness.

The evening is one of viscerally arresting moments and timeless beauty. It’s a showcase of Queensland artists and guests, and a testament to teamwork and collaboration, with the talent on stage and off each being critical to the whole of the work.