The title tells you everything you need to know.
Glen Falkenstein
[This is archived content and may not display in the originally intended format.] 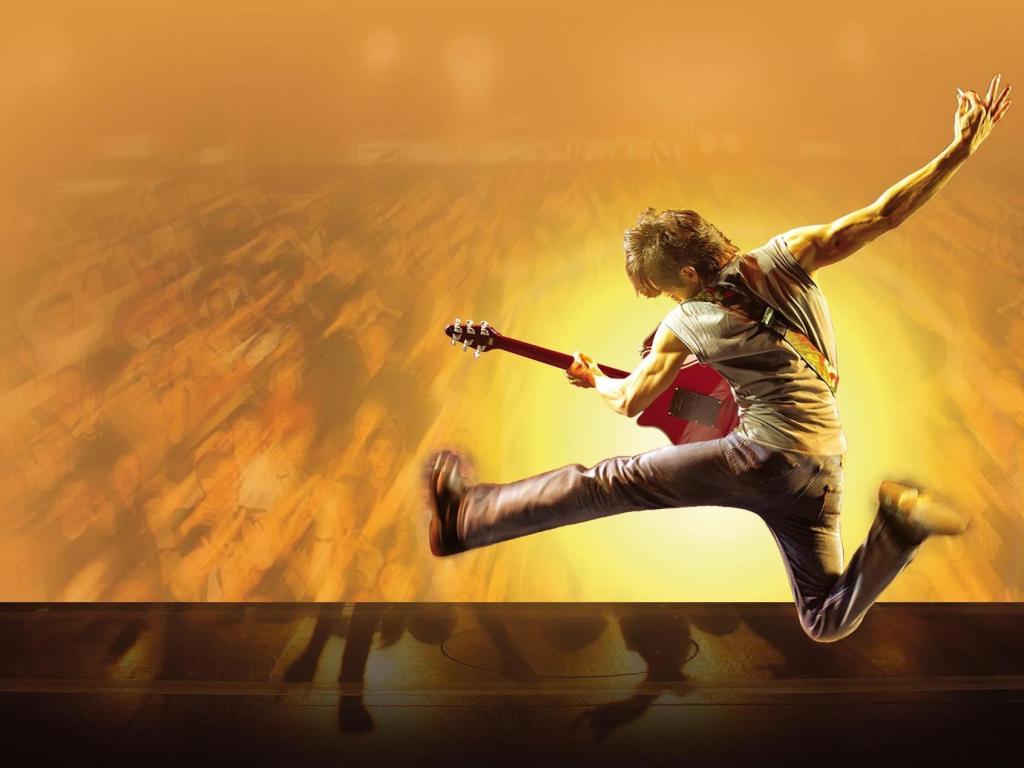 Image We Will Rock You Courtesy of Sydney Lyric Theatre.

We Will Rock You weaves Queen’s greatest hits and thankfully, for both the fans and the uninitiated, many of their lesser known numbers and melodies into a finely-tuned jukebox musical which has been gratuitously emulated but rarely equalled.

Renditions of I Want It All and the title track are amongst the shows highlights, as was Now I’m Here as performed by Australian Idol’s Casey Donovan; like many of her co-stars visibly having a lot of fun in her role and contributing to the show’s oft-felt light-hearted tone. The lighting effects during this particular number were among the show’s best assets; simple, spectacular and thrillingly showcased in different iterations throughout the night.

Many of the hits are sleekly inserted into the dystopic, rock-free future that provides the show’s setting, not least of all Headlong and a final, quintessential Queen number, while others (Seven Seas of Rhye, Fat Bottomed Girls) adapt less well to the narrative or otherwise clash with the action as the actors jump from scene to song; the musical opting not to trade too heavily on the overt campiness that made its spiritual successor Rock of Ages’ transitions so seamless. None of this really matters in a show so replete with evident affection for the source material that even those with a passing interest in Queen can revel in effervescent stagings of some of rock’s greatest hits.

Thern Reynolds (Brit) stole each of his sequences as a leader of the ‘Bohemians,’ heralding many of the ensemble numbers including Crazy Little Thing Called Love which stood out amongst the show’s many exhilarating moments. Uncanny X-Men’s Brian Mannix served well as the interminable comic foil while Erin Clare as the female lead Scaramouche nailed every one of her sequences and most memorably the final note of Somebody to Love.

Easily adaptable to different audiences and times, the pop-culture gags were frequently laugh-out-loud funny; welcomely modern in a show that was originally staged over a decade ago, lampooning anything from John Farnham to Miley Cyrus to current Australian politics, while a fond reference to Prince had an opposite but not insignificant impact.

The staging in the latter half made best use of the ample space, situating some of the sequences in visibly enigmatic surrounds, while the early acts, in the admittedly intentionally sterile indeterminate future felt comparatively devoid of the types of scaling set-pieces which so greatly complemented some of the musical’s later and more exciting numbers.

In the best tradition of The Rocky Horror Picture Show and others, We Will Rock You is in many senses a participatory musical, with the actors encouraging the audience to engage or sing along but doing so all too infrequently. Appealing in part for being a loyal adaptation of Queen’s musical lexicon, of which many, myself included, never had the joy of watching live, there’s no reason the performers can’t encourage audience participation during any number of the musical interludes which has historically made stagings of the show, including the long-running West End production, so enjoyable and memorable an experience.

As much a function of the cast as it is of the audience, if you are a Queen fan, even a little bit, and you haven’t seen the show, it’s absolutely worth it, and even more so if you get up and belt out the numbers we all know and love.