Renowned as a springboard for emerging voices below the age of 25, issue #94 of Voiceworks features a rich variety of work.
Sonia Nair
[This is archived content and may not display in the originally intended format.] 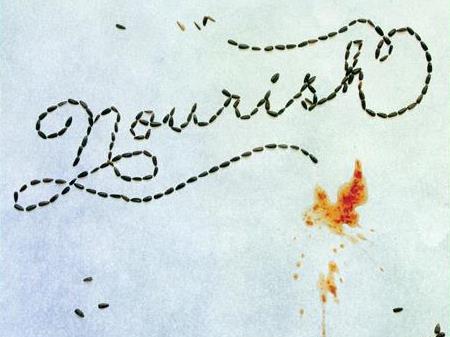 This issue features fiction, non-fiction, poetry and visual art centred upon relationships, rediscovery and re-evaluation. Drawing upon the journal’s theme ‘Nourish’, editor Kat Muscat writes a suitably apt prologue where she calls upon readers to nourish their soul, their inner child and their mind through food, art and intimacy.

‘To nurture is an activity, not a state. As with cheap apartment rentals and Priceline make-up, the foundation crumbles if not maintained,’ Muscat says.

No story exemplifies the theme better than perhaps the fictional piece Avartum Avagartum. A joy to read and captivating throughout, Peter Dawncy’s short story is a portrait of an altruistic goblin Avartum who nourishes the self-serving villagers of Tinterbrook with various breads and pastries – despite the villagers’ unbridled suspicion of him as one of the ‘vicious, mischievous, wicked things’ that goblins are known to be – until a fateful incident one day irrevocably changes the course of their lives.

The other stand-out piece of fiction is Matthew Sefton’s Terrier. Reminiscent of Romy Ash’s Miles Franklin-shortlisted novel Floundering, Sefton centres his highly visceral and often disturbing short story around two young brothers Jamie and Richie as he commentates on marriage breakdown, domestic violence and the class divide. Sefton fosters an unabated sense of tension, culminating in the brothers’ discovery of a hapless dog, as he draws uncanny parallels between the dog’s existence and the two boys’ lives.

Emily Prince’s Bronte is a dark tale of an unloved girl who escapes from the shackles of her depressed mother and the haunting presence of her grandmother, only to tumble headfirst into the deep recesses of the world itself.

Meanwhile, food is a construct that is utilised with great panache in two non-fiction pieces – The Cheeseburger: The Most Political Food in the World and Riding the Burning Rollercoaster.

The former, penned by Sinead Stubbins, concentrates on how the universal cheeseburger has transformed into a ‘subject of great political and social angst’. Delving beyond classic discourses on the artery-clogging properties of the infamous cheeseburger, Stubbins traces its status as a symbol of capitalism and cultural imperialism; its impact on the environment and animals; its deliberate targeting of low socioeconomic minority groups and the inherent dangers of flipping burgers for a living.

In the latter, Tasha Llewellyn chronicles her journey from a picky eater into a chilli-guzzling young adult. Humorous and anecdotal yet backed up by interesting facts about the ubiquitous chilli pepper, Llewellyn delves into the science of chilli eating and why one person can ‘eat a medium butter chicken but cry and swear when they try to eat a chicken vindaloo’.

In a markedly different vein, Matilda Marozzi’s informative and well-researched piece Big Data or Big Brother presents a snapshot of the systematic collection of data the government and big corporations utilise to chart and predict the masses’ patterns of behaviour.  By conferring a face to the unidentifiable entities that seemingly control the population – ‘a little man wearing glasses, extremely intelligent, geeky and forever taking notes’– Marozzi personalises the latest affront to our democratic justice system and personal freedom.

Callum Denness’s Cool Church and Catholic Sex Ed is a treatise – based upon Denness’s education in a Catholic school – on the insidiousness of religious sex education where facts and statistics are abandoned in favour of the ‘indignities, oddities, risks and perils of sex’ to imbue burgeoning sexual adolescents with shame, fear and loathing. Similarly, ‘Skin’ by Phoebe Paterson de Heer is one of the more personal non-fiction pieces, where de Heer expounds upon the confusion and awkwardness that accompanies many youthful exchanges of love, loss and angst.

Poetry highlights include Michelle Li’s sentimental and haunting Brother, and Elsher Keir’s syncopated Breamlea, which conjures up various experiences centred on the secluded seaside hamlet to paint a picture of youth, revelry and regret.

The stunning visual art throughout breaks up the text and provides respite in the form of deeply evocative images of people and places and the unique situations that bind the two – each a contemplation on the vagaries of life and human relationships. A particular favourite is Marc Pearson’s beautiful and affecting comic Warmth: a Poem by Raymond Ray.

Packed into a mere 79 pages, the multifarious pieces within Voiceworks #94 bear testament to the highly talented young writers, poets and artists that will, in due time, shape the Australian arts landscape they now contribute to.