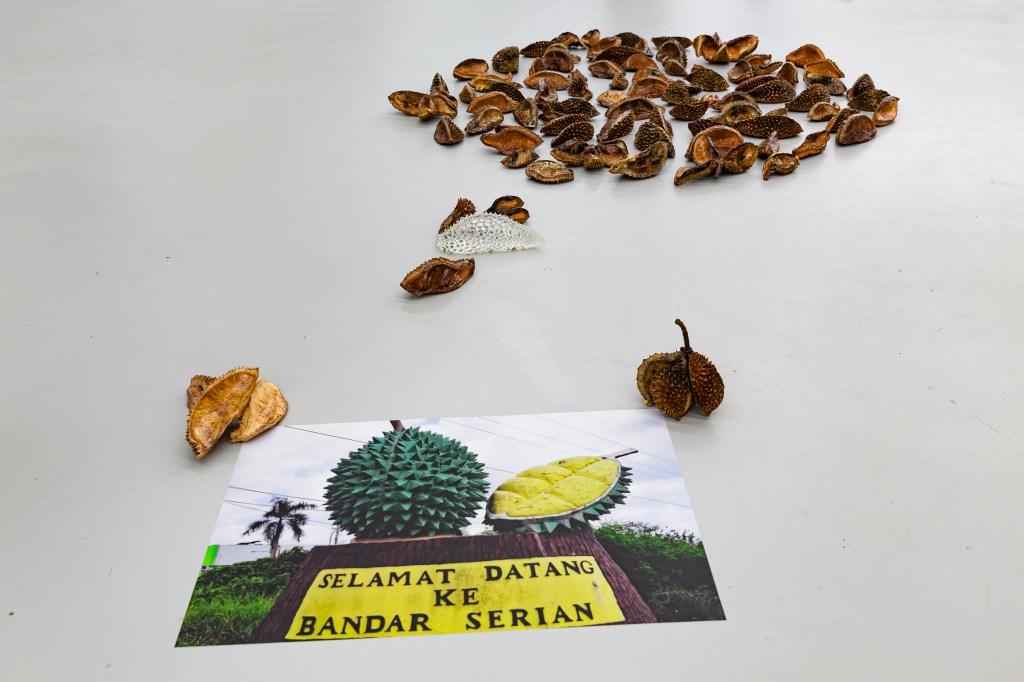 Over the past 34 years, the competition affectionately referred to by artists residing in South-East Queensland as ‘The Churchie’ has developed into one of Australia’s premier showcases of emerging art. It is open call and uniquely self-nominated in its definition of ’emerging.’ The prize annually attracts applicants subscribing to a full spectrum of interpretations of the heterogenous term. There are ebullient graduates from art schools and universities aspiring to make an impression. Equally, there are esteemed veterans intent on challenging established perceptions of their practices.

This year the preselection panel, including acclaimed visual artist Tony Albert, vetted 14 out of 500 applicants. The subsequent exhibition was curated by Grace Herbert, a Melbourne-based visual artist and founder of the artist-run-initiative Visual Bulk and HOBIENNALE Festival.

It is a dynamic macrocosm of the Australian cultural landscape, one where Anglo-Australia has been relegated a place next to other represented communities. The inclusion of Apotheosis, by Nina Sanadze, redresses misconceptions of a hegemonic ‘white’ Australia. She has recontextualised remnants of the archive of Valentin Topuridze into a barrier-like monument. As a child, she played with the granddaughter of the acclaimed Georgian artist.

The sculptures, rendered detritus, bear witness to the toppling of the Soviet Union, as experienced by the Georgian-born artist prior to her arrival in Australia in 1996.

The discursive narratives also include a carefully crafted dedication to his Hokkien ancestry by Sumatran-born, Sydney-based, artist Jayanto Tan. The offerings are meticulously fashioned in ceramic. In his shrine-like rendition of a feast, Indonesian cuisine, like sambal telur, is juxtaposed with fare with which Australian audiences may be more familiar, like fairy bread and pretzels. Potluck Party Pai Ti Kong pays homage to the victims of the Riot of May 1998, during which Chinese-Indonesians were targeted.

Another contributor with South-East Asian heritage is Tiyan Baker. The Australian-born artist is diaspora of the Bidayuh, a minority indigenous to Sarawak that is under the administration of the Malaysian government. Her extended family farm durian, a fruit which is often maligned in Western media. Dihan Bitugung da Pasar proliferates a belief that the incorrect consumption of durian can ’cause sickness or death.’ Amongst embalmed husks, Baker has placed translucent cast resin renditions. These delicate forms serve to emphasise the significance of the fruit to the Bidayuh as symbols of ‘wealth, nourishment and continuity.’

The Indigenous Australian representation includes Kait James of the Wadawurrung, Christopher Bassi of the Meriam and Yupungathi, Kyra Mancktelow of the Quandamooka, and Ivy Minniecon, descendant of the Kuku Yalanji, Kabi Kabi, Gureng Gureng and South Sea Islander Nations. Employing a range of media from punch needling to mono-printing, James and Mancktelow investigate how their Indigeneity has been ‘frame[d] and degrade[d]’ from colonial times to the present.

In part, this exhibition is a deliberation on diversity, expressed through the ethnographic framing of the pre-selection panel. However, the artists themselves were not beholden to their cultural heritage despite some choosing to engage in the traditional craft practices of their people. All in all, this Churchie is a powerful, thought-provoking, investigation into emergent dialogues and identities within the Australian cultural landscape.

The Churchie Emerging Art Prize 2021 is open at the Institute of Modern Art in Brisbane until 18 December 2021.