The opening night of the musical Zanna Don’t for Melbourne’s Midsumma Festival has brought a long overdue injection of originality, energy and freshness into the Melbourne music theater scene.
Ronald McCoy 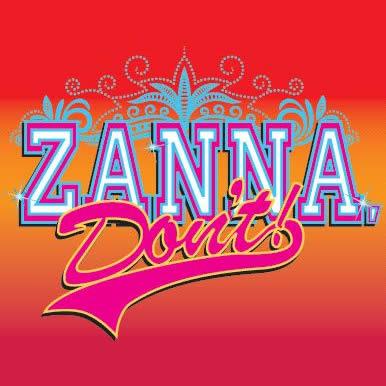 The opening night of the musical Zanna Don’t for Melbourne’s Midsumma Festival has brought a long overdue injection of originality, energy and freshness into the Melbourne music theater scene.

When I read the plot of the show – about a queer world where some people dare to come out as straight – I must admit that I had serious reservations about what to expect, but this amazing cast and production won me over in about 30 seconds.

The plot is exceedingly silly, but in accordance with Mel Brooks’ observations that, in the theatre, if it’s too silly to say it, sing it, this production of Zanna Don’t takes this to the ultimate conclusion. However, this doesn’t mean that the show lacks depth – quite the opposite actually.

Director Luke Gallagher has assembled and molded an impressive cast that embraced the story and musical numbers with expert skill and energy, many who doubled up on roles to great effect.

It’s so unfair to single out individual cast member performances, as without exception, they all showed how music theatre should be performed. You could hear audience members in the foyer during the interval fiercely debating who was their favourite, or whose performance was the best, with everyone holding different views.

Chris Buchanan and Nic Riley as the male love interest leads were hunky and absolutely convincing, as were the gutsy Jessica Carbone and sparkling Kate Williams as the contrasting girls couple.

The so called “supporting cast”, Drew Downing, Luke Taylor and Nicole Kapinaris, re-defined the term “scene stealing” in the diner scene providing serious competition to the lead characters – I’m not going to explain why, just in case you see it.

As for Samuel Kitchen in the title role of Zanna, how fabulous can one person be?

The rock solid musical direction, under Julia Buchanan, took the audience on a journey of a multitude of musical styles that provided endless enjoyment. The element of musical parody in this show is a real strength, but again, I’m not going to give you any spoilers here.

Luke Gallagher’s creative direction demonstrated a real understanding of music theatre form, combining intelligence, knowledge with a terrific sense of fun. He has managed to get the most out of a great team of choreographers, set and costume designers, resulting in a great night out.

With Zanna Don’t being their first production, Quirky Productions has raised the bar in musical comedy standards in Melbourne.

The writing in Zanna Don’t is bursting at the seams with silliness, but it is this very element that allows cutting comment on queer and straight worlds that, adding depth to this show without at any time sacrificing the element of fun — a wonderful acheivement of the writers.

Although Midsumma Festival has political roots, it is still a celebration and time of joy, and for this reason, Zanna Don’t is a perfect choice for Midsumma. Don’t miss it, if it’s not already sold out.