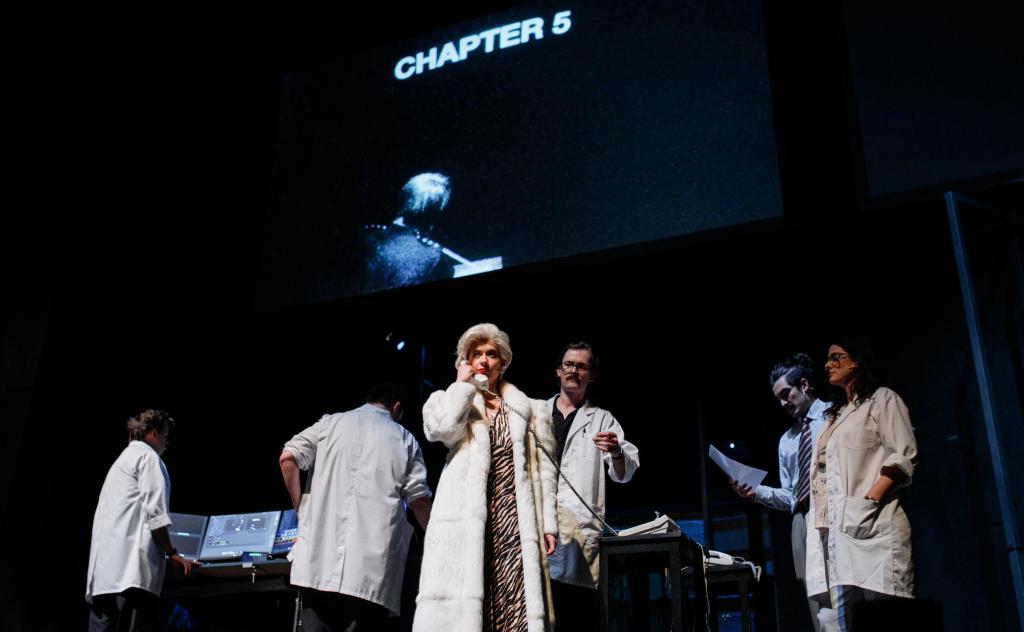 A multi-media, multi-disciplinary production, The Last Great Hunt presents a screening of Whistleblower in real time with actors, directors and technical creatives improvising around a person encountering the work for the first time.

Charlie Baxter wakes, handcuffed to a hospital bed, suffering from retrograde amnesia and knowing only their name. Challenged to discover their identity and backstory, their current situation and what they need to do next, Charlie must find clues. Characters and situations force Charlie to make decisions with consequences, the story changing in response to those choices. Structured as 5 chapters, each Charlie’s personality and preference will create separate stories. Despite its inherent spontaneity, Whistleblower is best experienced without plot spoilers.

Risky improvisation rises to new levels for cast members, who adapt and react to Charlie to maintain narrative momentum while coaching, prompting and filming other volunteer performers, between shared stints as stage crew for rapid set changes. While this juggling act could turn towards novelty or farce, Directors Arielle Gray, Wyatt Nixon-Lloyd and Tim Watts maintain an elegant balance between the contrasting themes of selfishness and self-sacrifice to create structure and a satisfying sense of a unified piece.

Featuring a pair of large screens above the front of stage, hidden cameras track Charlie closely through a series of small rooms. Each set is inside a linked soundproof box, manoeuvred together to create branching options – Charlie must choose one of two destinations for each new scene. Unused scenes are dismantled and replaced, unseen, ready for Charlie’s next decision. Set and Costume Designer Tyler Hill, with Design Assistants Amalia Lambert, Eilish Campbell and Danielle Chilton, has designed each set with visual appeal for the hidden cameras, dense with incidental clues, motifs and opportunities. Screened images, playing with light, angles and film styles, are constantly chosen, edited and enhanced, interspersed with director commentary.

Featuring a conspicuous main stage cluster of computers, sound desk and film cameras, with exuberant signalling between performers and bio box on show, Whistleblower echoes the obsessive creative manipulation of The Truman Show. Turning the music up, down, changing the beat of CLAUDIO’s compositions to reflect developments or intensify mood, performers nudge Charlie to act and react by sending in characters, creating television broadcasts, rocking the set boxes and – when all else fails – making phone calls. Watching every movement and reaction closely, the cast quickly throw images and video crosses above the stage so the audience can see what Charlie is looking at, while watching Charlie’s unfolding reactions to the discoveries.