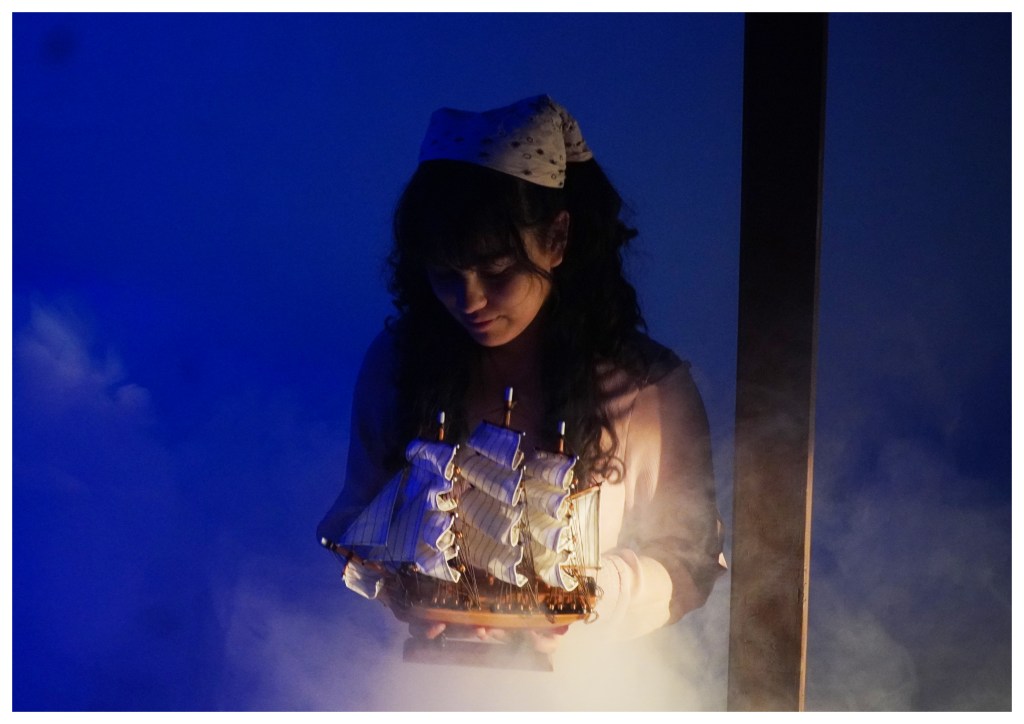 Shakespeare’s Twelfth Night, or What You Will is a romantic comedy in which deceptions of identity allow for the exploration of gender roles and various types of loves and desires. The Hayman Theatre Company, which is comprised of students studying Theatre Arts at Curtin University, Western Australia, produced the festive comedy under the direction of Michael McCall.

The play is set in the kingdom of Illyria and begins when twins, Viola and Sebastian, are separated during a shipwreck. Viola disguises herself as the boy, Cesario, and becomes servant of the Duke Orsino, with whom she quickly falls in love. However, the Duke is in love with the Countess Olivia but when he sends Cesario/Viola to woo Olivia on his behalf, the Countess falls in love with Cesario. Ah, ‘If music be the food of love, play on.’

The performance history of Twelfth Night is extensive and various interpretations explore the theme of love through the uncertainties of human ambition, appearance and identity. Director Michael McCall shares that the company decision at the outset was ‘to draw the audience into the heart of this outsider ethos’. The notion of the non-binary production invites engagement with characters as individuals seeking to love and be loved, regardless of identities and roles, or gender and sexuality. The vulnerabilities of characters undulate under the sensitive direction of McCall.

The intimacy of the black box theatre disarmed actors and audience members alike. A lovely opening scene created a seascape with haze, music and gentle lighting; with blended contemporary elements a harbinger of stylistic choices to follow. Performers took a little while to make eye contact with audience members but once the performance was underway, the energy of the actors was activated, and dialogue sparkled with fast-paced witticisms; actors taking evident pleasure in the text.

Rebecca Haywood embraced the duality of Viola/Cesario with delicacy and strength. The role of Mavolio – which became Mavolia – was played with fierce sensitivity by Cat Broom. Elysha Hayes (Olivia) energised the stage with her gentle passions. Oliver Charlton (Sir Andrew Aguecheek) was an absolute comic delight and the performer’s interactions with Alex Comstock (Sir Toby Belch) generated some of the most engaging and humorous moments in the play. At times the differences in the height and shape of the actors allowed for amusing interactions between characters and was a strength of movement direction; at other times gesture and mannerisms required subtleties of meaning to be communicated through body movement.

Read: Dance review: Outside Within

The play ends with marriage for the main characters, despite the confusion of identities and sexualities: a curiously staged conclusion or simply that ‘Journeys end in lovers meeting.’