A fizzy delight of a show: sweet and effervescent.
Thuy On 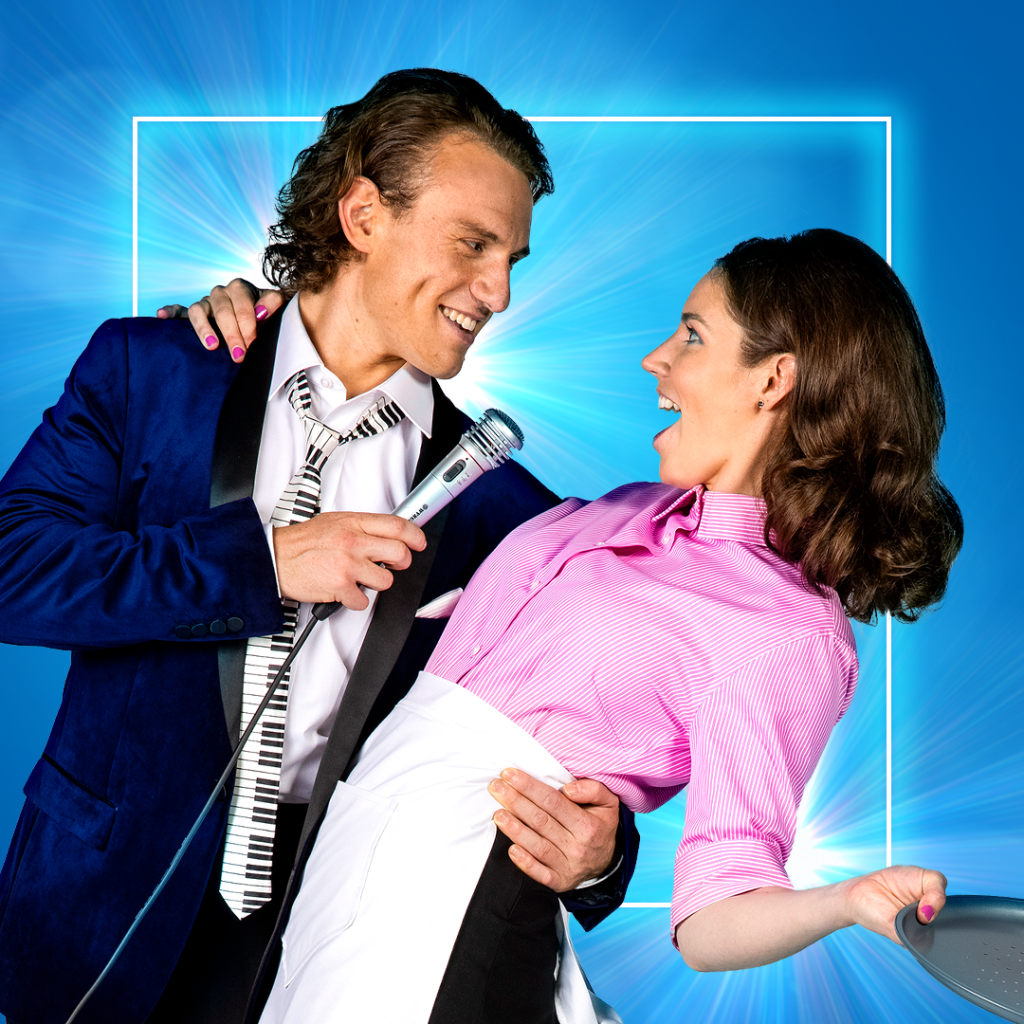 Christian Charisiou as Robbie and Teagan Wouters as Julia in the musical version of the hit movie. Photo supplied.

A medley of 80s pop songs fills the theatre before the show begins, preparing and reminding us of this era of big hair, flammable wardrobes and one-hit wonders.

Those who’ve seen the 1998 film starring Adam Sandler and Drew Barrymore would know what to expect in this musical adaptation of The Wedding Singer, and the producers and cast do indeed glam and kitsch it up to the nth degree. The musical premiered on Broadway in 2006, and it’s a testament to its popularity that it has toured locally and internationally ever since. It’s done a recent stint in Sydney and after a short season last year, returns to Melbourne for an encore with new cast members, costumes and set pieces.

The storyline is fairly basic and rom-com formulaic: affable musician Robbie (Christian Charisiou) is the titular wedding singer – in a nice touch, he and his band are called Simply Wed. He’s good at his job and seems to even enjoy the merry-making, but it wasn’t supposed to be that way. He was meant for greater things: a rock’n’roll lifestyle with original songs penned by him as the lead vocalist and star. Instead, his career path has diverged from heavy metal to bubblegum pop and he finds himself belting out cheesy songs to grateful but rowdy and largely inebriated audiences.

Happily, Robbie’s engaged himself, which gives the love songs he croons extra weight, but unhappily his fiancée Linda (Kirby Burgess) dumps him because she thinks he’s sold out; he’s not the rocking idol of her dreams. Cue the tragi-comedy of a wedding singer having to perform to the golden glow of just-married couples when his own heart has been splintered and trodden on like broken glass at the end of a bruising night’s fun.

At the same time, Robbie meets Julia (Teagan Wouters), a sweeter-than-fairyfloss waitress engaged to a boorish Wall Street trader, the Ken doll-perfect Glen (Stephen Mahy) who treats her like a bauble and still has wandering eyes despite their engagement. So, before you can say ‘Love is a Battlefield’ the couples get into all sorts of contretemps and misunderstandings. This is a musical remember, and a lot of the fun comes from the neon pink and electric blue set and lighting and costumes of tulle, glitter, shoulder pads and parachute pants; a world where lurid and sparkly reign supreme.

Charisiou amd Wouters are as adorable and winsome as you’d expect from a pair of idealistic sweethearts and the secondary characters and supporting entourage of dancers are also good (vampy vixen Burgess as Robbie’s ex, Julia’s friend Holly, Nadia Komazec, channelling Madonna, and a feisty Susan-ann Walker as Robbie’s rapping grandma, in particular) but what’s interesting in this production is that while it sticks closely to the movie, there are various changes, tweaks and additions in the story that make it worthwhile to see even if you are familiar or smitten with the original incarnation.

It takes a while however, to get used to the new, original songs (some are catchier than others) rather than the 80s jukebox tunes that Robbie covers in the movie, but the choreography here is as exhaustingly energetic (all those high kicks!) and slick as you’d want it to be, with references to Michael Jackson, Flashdance, Jane Fonda fitness videos and possibly even the Solid Gold dancers.

The Wedding Singer is for die-hard romantics, 80s tragics and those (particular Gen X-ers) who simply want a joyous retro trip into a nostalgia land of raging mullets, rah rah skirts and synth-heavy ghettoblaster tunes.

The Wedding Singer will be playing in Melbourne until 20 February before travelling to His Majesty’s Theatre, Perth for its season beginning 25 February