Theatre review: The One Who Planted Trees 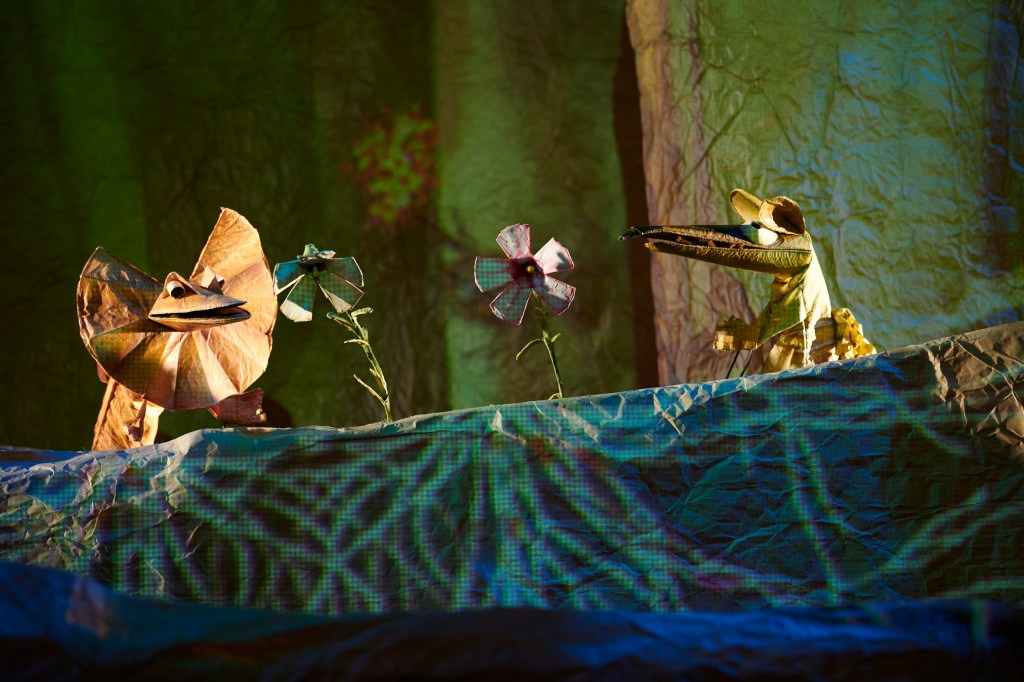 The One Who Planted Trees promotes empowerment of self by asking its viewers to take the initiative to create a world they want to live in. Image supplied.

During the spring school holidays and to coincide with their 40th year performing, Spare Parts have brought to Perth the world premiere of their first original musical theatre production The One Who Planted Trees, an uplifting and entertaining show with a timeless message, created especially for ages five and over.

Upon arrival, the theatre décor was decorated with green trees and on display were samples of puppetry work. Kids and parents were a buzz of activity with the opportunity to enjoy art and crafts before the show. All the required COVID-19 measures were in place.

The start of the musical was signalled by some cool tunes that the kids appreciated, dancing as they filed in with their parents, grandparents, and friends to find their seats.

Narrated by a cute cattle dog, The One who Planted Trees portrays the magic of life on earth via digital animation, puppetry, song, and story to deliver a tale of restoration, renewal, and rebirth.

Set in the outback, at a sheep farmers homestead, the animals sing the story of a country woman and her goal to restore what had been lost from the land she loves..

A trio of wildlife are the main characters: Koala, Bandicoot and ‘Frilly’ the Frill-Necked Lizard. Their musical tale deftly depicts culturally and environmentally relevant issues such as deforestation and climate change, via song, humour, and drama.

Read: Theatre review: A View from the Bridge

The supporting cast features the narrator, Dog and his pal Sheep, as well as flowers, and even bacteria (!), which had the audience’s attention fixed – a full house, by the way.

Under Phillip Mitchell’s direction, the show was produced with immense awareness and consideration. It is no easy task to take a serious topic and to mould it for younger audiences. Mitchell and his team have managed to juxtapose a moral message with the spirit of positivity, innocence, and wonder.

The One Who Planted Trees promotes empowerment of self by asking its viewers to take the initiative to create a world they want to live in. After all, as the Chinese proverb says, ‘The best time to plant a tree is 20 years ago, the second-best time is today.’

The puppets were exquisitely made and expertly manipulated by the performers. The set took us from day to night and accurately portrayed the environment it was detailing. An animation sequence featured throughout also complemented the narrative.

The set changes, music, singing, lighting and most importantly, the puppetry, were all delivered seamlessly.

This musical will no doubt plant the seed in children to talk to their parents about some of the themes explored. And to capitalise on the tending of curious minds, a ten-minute Q&A with the performers was scheduled at the end. Burgeoning green thumbs could buy daisy seed sticks afterwards.

Melissa Buckley is a marketing advertising and public relations student at Edith Cowan University in Western Australia. She is an avid consumer of all things media and has a background in social media and providing administrative services in the not-for-profit sector.