Not for historical purists, this musical is more an ode to sisterhood.
Ned Hirst 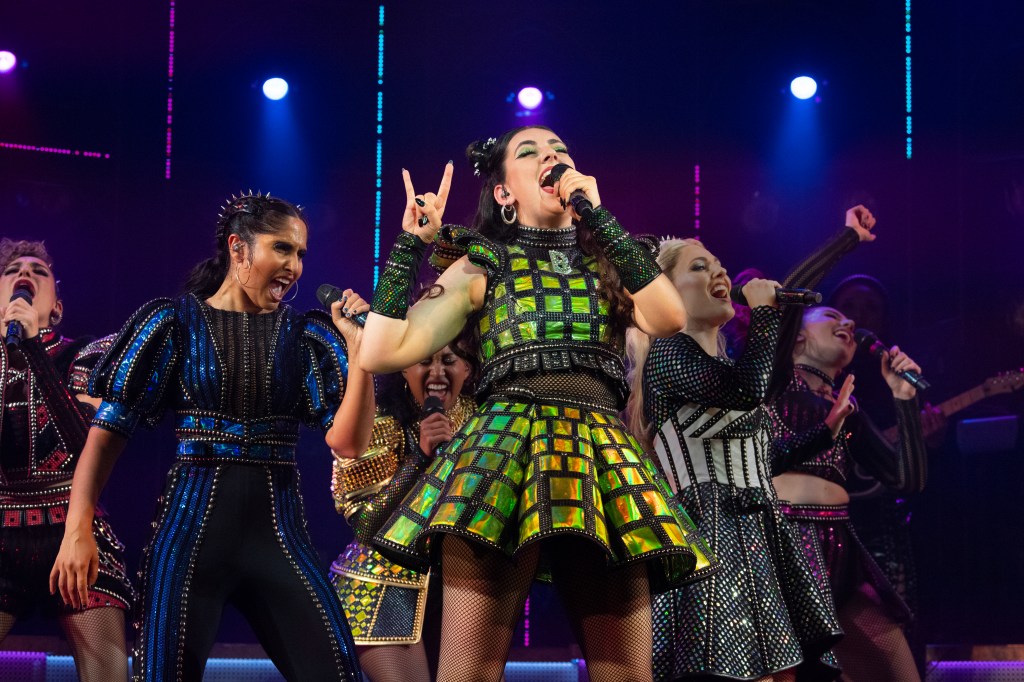 The wives of Henry VIII might be unlikely 21st century feminist heroes – as one podcaster recently told The New York Times, ‘unfortunately, Catherine of Aragon just, like, loved church and was always praying and was kind of a bummer’.  To depict the six wives as a Spice Girls-esque pop group takes some significant reimagining but this is what Six: The Musical, recently reopened at the Studio in the Sydney Opera House after a very extended COVID-enforced break, undertakes to do.

There is not much in the musical by way of plot.  The queens introduce themselves in a stirring pop number and announce a competition which involves recounting the various tribulations they suffered at the hands of their erstwhile husband. Whoever had it worst gets to lead the band. They each get a song about their experiences with the other five providing backup vocals.

On paper, it might sound like this isn’t enough to sustain a whole show but the songs are really good – I looked up the studio recording on Spotify when I got home; ‘Don’t Lose Your Head’ sung by Anne Boleyn is a particular favourite – and the choreography, costumes and lighting are fantastic. The cast is also excellent and manage to convey a sense of each of their characters’ respective personalities, although those characters do not bear too much similarity to their real life historical counterparts. This makes the message that these women are ‘reclaiming their story’ a little hard to swallow given that the musical does not really tell their stories at all.

One could criticise the musical, as the The New York Times did, for somewhat cynically co-opting the past for the purposes of selling a very contemporary message. As Hilary Mantel, who has mined this same story to great effect, said in her Reith Lectures: ‘People who write fiction about the past are always asked for “modern parallels” – as if only the present validates the past, and as if historical fiction were an exceptionally tricky and labour intensive way of doing journalism. But the past is not a rehearsal: it is the show itself’. But the past is of course, not the only show.

In any event, no-one is coming to Six for a history lesson – although it is heavier on the history than I expected it might be – rather, they are there to be entertained. And if the show sheds some light on Henry VIII’s wives beyond the ‘divorced, beheaded, died, divorced, beheaded, survived’ mnemonic then that is all to the good. It is high energy and fun enough to dispel the haters. What’s more, it flies by in a breezy 75 minutes and not even Hilary Mantel can match that.

Six will be performed at Sydney Opera House until 2 April 2022 before touring nationally.