An important insight into homelessness and falling through the cracks.
Megan Koch 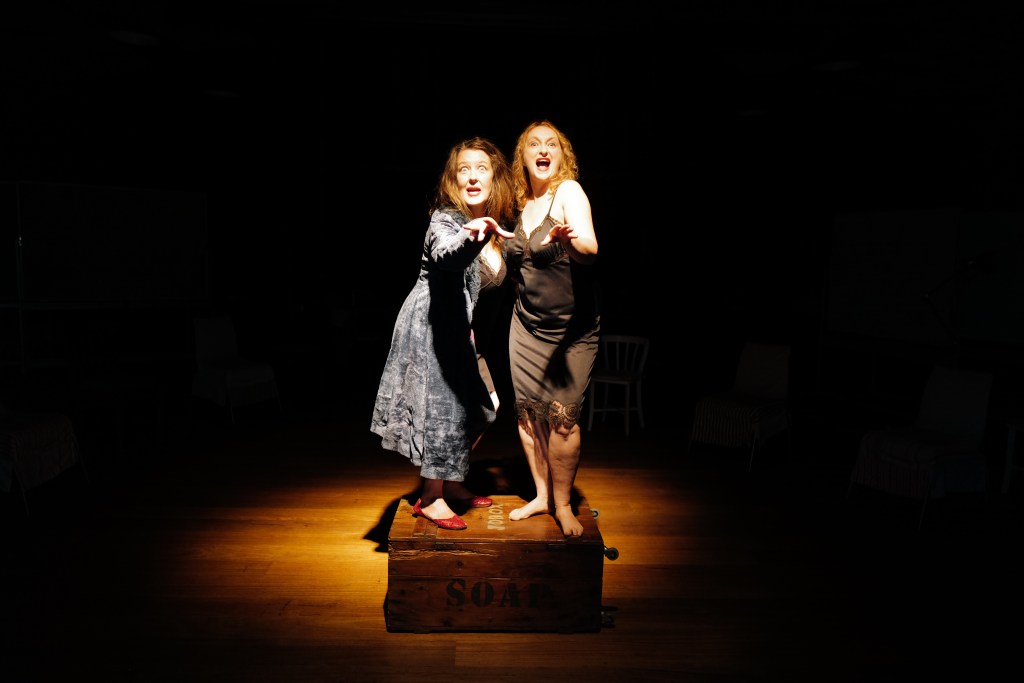 Ruby Tuesday, the enigmatic and memorable character at the centre of new Australian play Safety Nets, introduces herself as someone who deals in stories: a teller of extraordinary tales, but also a keen listener. The ability to listen to other people’s stories, she reminds us, is one of the most valuable things we can offer each other.

From the moment she slips out of her sleeping bag and into her weathered blue coat and red shoes, Ruby begins weaving her narrative – equal parts beautiful and heart-breaking – of a life spent longing for a home. If only it were as simple as clicking her ruby slippers.

The play is performed and directed by Sarah Butler and Jillian O’Dowd, and it is these women’s unique partnership that makes Safety Nets such an engaging experience. The range and depth of each actor is mesmerising. Butler takes on the role of Ruby, a woman who, having watched friends and family leave her life and endured the cruelties of an indifferent and unequal society, has been without a permanent home for much of her life.

O’Dowd, meanwhile, shadows Butler as she moves around the stage, and does not so much play other characters as other voices; echoes of a remembered past. At times, she is Ruby’s voice, amplified in magnified flashes of emotion, in haunting songs, and in poetry. This rich soundscape is complemented by the thoughtful attention that has been given to every element of wardrobe, props, and set decoration.

In Act One, Ruby regales us with memories of her remarkable life. Her stories flow into each other, switch abruptly, always hinting at something darker that threatens to surface. The centrepiece is her recollection of Martin Place, a once safe space for Sydney’s homeless community that became the focus of a political standoff and was eventually disbanded. Other tales, embellished and embroidered in the telling, are of a happier time: a bohemian upbringing, an encounter with Mick Jagger.

Act Two swiftly relieves us of any romanticised notions of life on the margins. Forced to move on yet again, Ruby arrives on stage in practical grey hand-me-downs from a well-meaning women’s shelter and begins a life story of a different kind, starting with her real name. Seeing her there, dressed in someone else’s clothes, we feel all the more keenly her yearning for a place in which to build a life, not just somewhere to stay.

Safety Nets tackles an issue both age-old and urgent. It demands that we interrogate longstanding systems and hold those in power to account, while also recognising that we each have a responsibility to challenge our own ideas about homelessness and inequality. The magic of the play is that it achieves this by capturing the details of one woman’s life, listening to her, and meeting her on her own terms.