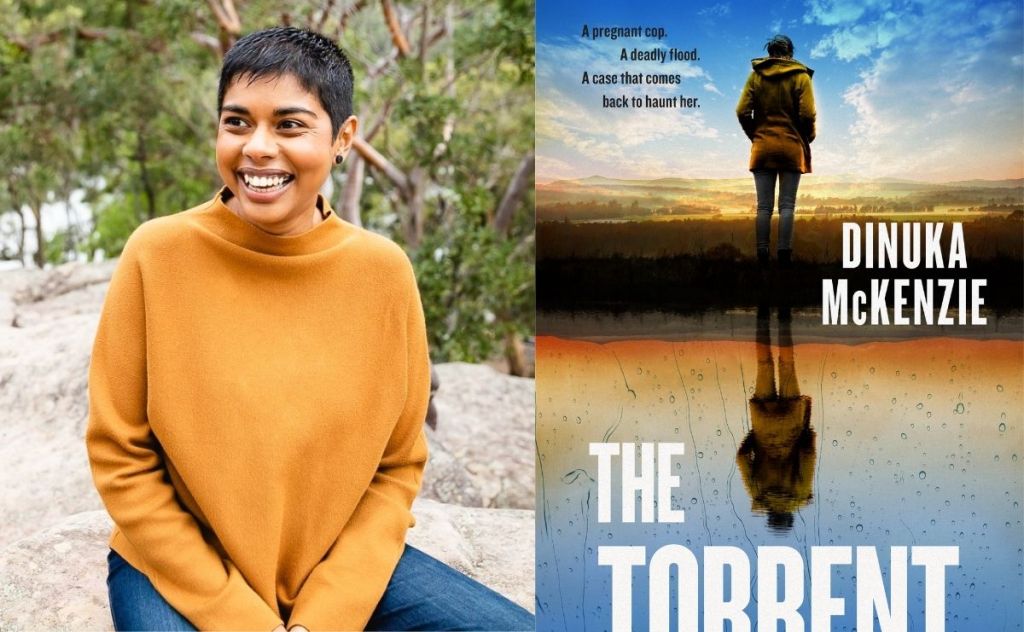 ‘The Torrent reads like the work of a well-established author of long-standing.’ Photo by Emma Stergio.

Dinuka McKenzie is a self-confessed book-addict-turned-author. At the heart of her award-winning debut novel is Kate Miles, a heavily pregnant NSW detective sergeant, struggling to make her way in what is still very much a man’s world, but asking no favours and taking no prisoners along the way.

Just a week out from her anticipated maternity leave, and suffering all the aches and pains of her second pregnancy, Kate is working to wrap up a string of increasingly brutal armed robberies which have taken place across the small country town of Esserton, when her boss hands her a semi-cold case, centred around a popular local footy player who was killed in flash flooding several months earlier. The original investigators from a neighbouring station treated it an open-and-shut case, but the dead man’s family are not so sure, and neither is Kate, as she is forced to juggle both cases in the search for answers and closure.

This is an investigation that will take the reader through the many layers of a modern country town, from its local policing to its social clubs, its politics, gossip, and its many small, oft-times grudging adaptations, as the 21st century intrudes on decades-old, time-honoured structures. From the pressures on kids trying to grow into adulthood, to the once-hidden secrets of an older generation cautiously revealed, McKenzie paints a detailed and eminently relatable picture of modern Australian country life, while populating it with a sympathetic, if ultimately flawed cast of characters.

Anyone picking up this novel in the expectation of reading a debut publication runs the risk of being seriously disappointed, however. The Torrent reads like the work of a well-established author of long-standing, and will inevitably leave its readers with one annoyingly unscratchable itch – the urge to read the many preceding volumes, which, sadly, don’t exist, at least as yet.

Just as there is no pretence to McKenzie’s fictional town, so there is none to her prose, which is crisp, clean, and straightforward. She avoids the trap of overcomplicating her plot, in favour of the details of daily life which make it all the more believable, and attractive. And while there are red herrings aplenty, they are the type that any investigator working in a close-knit community might fall prey to, rather than mere literary traps laid to mislead the reader.

Kate Miles is a worthy new addition to the Australian crime scene, as is her creator, whose work is already attracting prizes and international attention.

I don’t often pre-order books in advance – life’s too short, and there are too many good reads out there competing for attention and shelf-space – but rest assured that I will be ordering Dinuka McKenzie’s second novel, Taken (also featuring Kate Miles) well ahead of its 2023 release. If The Torrent is anything to go by, it will be a huge success, enjoyed by many.