Stage adaptation of a film that explores ageing and gender in creative spaces.
Anna Westbrook 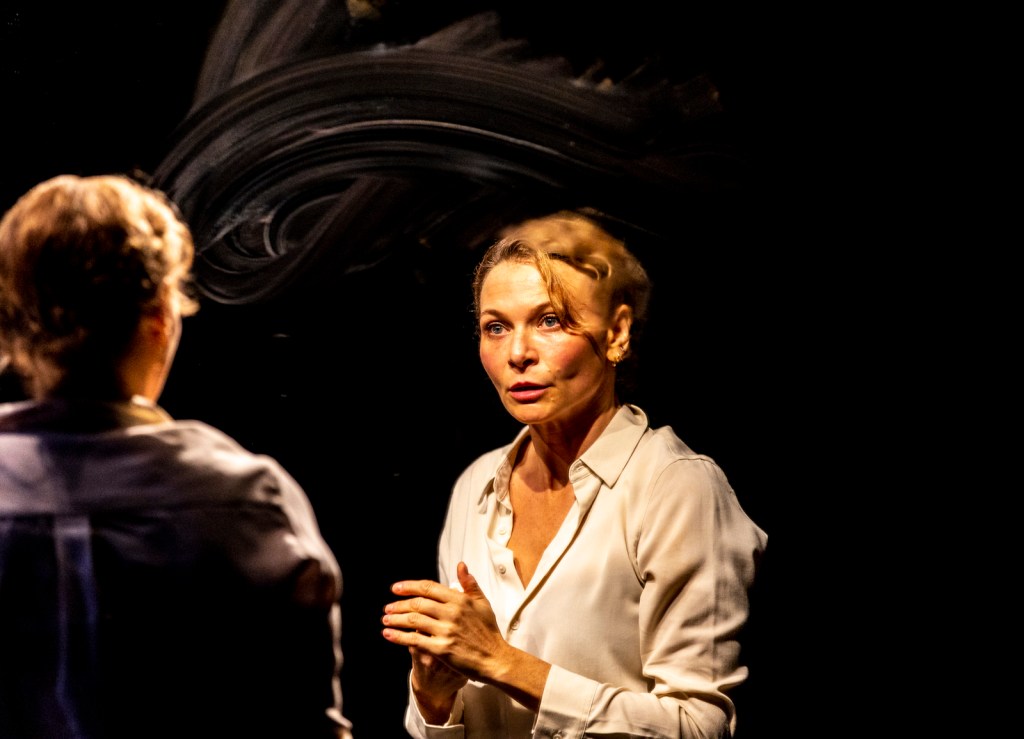 Director Carissa Licciardello takes the screenplay from John Cassavetes’ 1977 Opening Night and constructs a sophisticated dissection of gender and power in the theatre, breaking the fourth wall and leaving the audience spellbound at every twist and swerve.

Leeanna Walsman plays the slightly wilting career stage actor Myrtle Gordon who is preparing for a role, white knuckling the run-up to the titular ‘opening night.’ Yet something is wrong. She can’t crack the character who she views as ‘hopeless.’ There’s tension between her and the director Manny (Luke Mullins), her co-star Marty, (when this reviewer viewed the production the role was played impressively by understudy Anthony Harkin) and the mature playwright Sarah (Toni Scanlan). Myrtle is drinking too much, not sleeping, and then an accident happens to a young fan (Caitlin Burley) and she starts seeing an apparition in the dressing room, but is it the girl, or the spectre of her faltering youth?

Walsman is sirenic. What could have been a voyeuristic vision of her disintegration is, instead, a tremblingly sensitive portrait of a woman who has chosen not to have children and made the theatre her life but is no longer of starlet age. Seldom do we see protagonists of this kind, or if we do, they are tragic. The audience witnesses the scorn and frustration of the men around Myrtle, bullying her into the performance they want, trying to bend her to their gaze, do as she is told.

Licciardello plays with Myrtle’s reality, using costume with aplomb; the costume designer actor in Opening Night is Jing-Xuan Chan, but the costume designer behind the scenes is Mel Page. When clone versions of Myrtle appear on stage wearing her spectacular sparkling dress and platinum wig, we see the physical manifestations of her psychological struggles. Her conversation with Sarah is particularly enlightening, where two different generations of women discuss becoming ‘invisible’ with age, but Myrtle is refusing to play nice and is raging against the dying of the light.

Space in Belvoir’s upstairs theatre is used to great effect, divesting a set of two walls so all angles appear intimate – a glance into a tasteful mid-century hotel room. The rain ‘outside’ is constant, (ironic, during this spell of east-coast flooding; the rain sound effects melt into the real rain) and Myrtle is constantly misted or drenched as she steps into a scene in the play-within-a-play, or into the ‘street’ of the play. Despite the source material being 45-years-old, Opening Night seems of the moment and brilliantly germane to gender discourse in the second decade of 21st century Australia. With Walsman putting on a magnificent, mesmeric show, this play will certainly be talked about.

Opening Night will be performed until 17 March 2022