A multi-edged narrative of family trauma and trans awakening that doesn't quite cohere in its storytelling.
Jenna Schroder 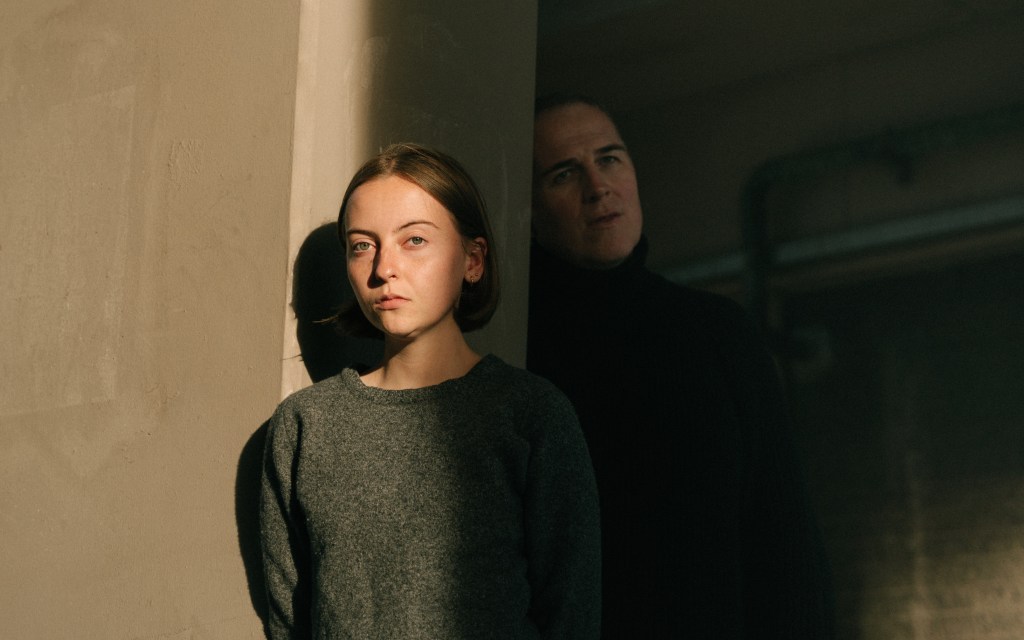 ‘From post war PTSD, to gender transitioning, to sexual and physical assault, to suicide attempts – nothing is left unturned.’ Photo by Cameron Grant.

No Ball Games Allowed presents an experimental method of biographical storytelling that is part poetry reading, part art house music video. It’s a piece that unfurls slowly and invites the audience to sieve through interweaving drips of imagery and conversation to grasp its meaning. But only a very select audience will accept this invitation and enjoy the abstract, often confusing nature of No Ball Games Allowed’s kaleidoscope of creative offerings.

While the story is experimental and at times clouded by poeticism, Kristen Smyth, both writer and performer in this production, shares a number of traumatic experiences that are framed as inescapable outcomes of our current social structures.

From post war PTSD to gender transitioning, and sexual and physical assault to suicide attempts – nothing is left unturned. It’s a series of events that may be autobiographical, as Kristen touches on her experience transitioning to a transgender woman in the program, but may also include the stories of others who have lived alongside Kristen in a number of different marginalised communities. There is a lot to delve into, too much for the production’s short run time and yet, purposefully or not, it creates a roller-coaster that mimics life.

This is similarly the case for the production’s emotional highs and lows. They often come out of left field and end abruptly. Perhaps this is to echo our true emotional responses to trauma – it’s never dramatically timed into three neat acts but rather presents like boils that can burst at any moment. But it’s unclear which audience demographic would take on that level of examination.

Nevertheless, director Kitan Petkovski handles sensitive and complex topics with respect and gentleness that allows fragility and openness to come to the fore.

The use of EDM-esque music breaks, though perfectly grungy and well produced by composer/performers Robert Downie and Rachel Lewindon, lacks dramatic impact but does add to the arthouse atmosphere created by lighting designer Katie Sfetkidis and set designer Bethany J Fellows.

Both Sfetkidis and Fellows’ work adds polish and visual intrigue and the use of the current theatre set trend, a titled mirror, is somewhat elevated by utilising projections and an ever dripping drain placed centre stage.

It is difficult to absorb the performances of Mia Tuco and Kristen Smyth as all of the focus is on the images their words are splashing onto the floor and keeping up with the roller-coaster that is the script. Despite this, it’s clear Tuco is comfortable using her physicality in the moments afforded to her.

There are a lot of great things swirling around on the stage of this production but they don’t quite form a cohesive shape. With more workshopping, No Ball Games Allowed promises to deliver a storytelling formula that is beautifully dense and thought provoking to an extent rarely available to Australian audiences.

No Ball Games Allowed will be performed until 9 Apr 2022