Theatre review: My Self In That Moment 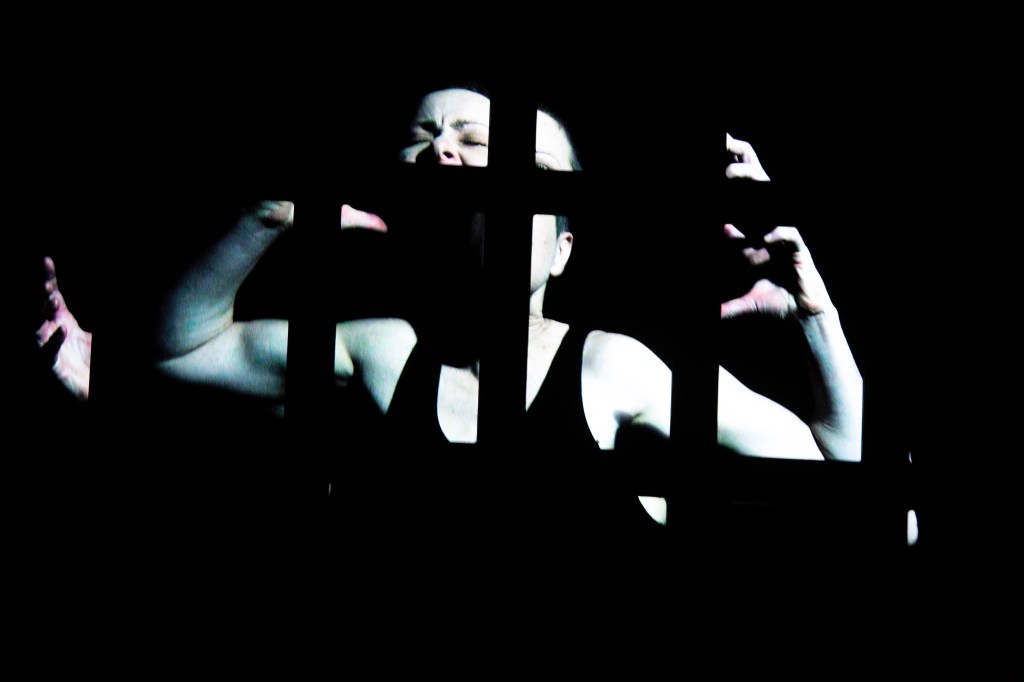 Jessica Aszod in Chamber Made’s Myself In That Moment. Photo: Pia Johnson.

How do you tell a story about what it means to be a human body using only devices? This is the question posed by the performance art piece My Self In That Moment by avant-garde performance company Chamber Made, which had its world premiere season at The Substation, one of several interesting contemporary art venues in Melbourne’s west.

Using only one performer but multiple iPads, the production, directed by Tamara Saulwick, makes use of three vocalists: Jessica Aszodi, Alice Hui-Sheng Chang and Tina Stefanou, who reflect on what it means to be digitally captured and archived. One of the performers, Stefanou, was recorded in a soundbite reused by a French right wing television company and the work arose from questions about owning your body in a digital age.

Composed by Peter Knight with input from the creative coder and programmer Steve Berrick, the work encompasses a panoply of vocalisations, each playing on a different device timed to play its part in a symphony of voices. It’s a modern take on an orchestral work, where the audience are invited to dive into the orchestra pit.

The work starts in darkness. Then, a lone voice sings, and is layered by other voices. A picture appears, composed of many screens, appearing one screen at a time. The picture resolves itself into a lone figure in a black tank top and jeans. An actor comes out from behind the curtain and invites the audience to sit in a circle on stage for a fully immersive experience. She gradually dismantles the series of screens that make up her portrait and lays out the iPads in the circle as they show video and sound.

The lights go down and she moves inside a costume. The synchronised screens sing and talk and are rearranged by the performer who changes costumes and moves around the space. The audience feels like they are participating at the centre of a complex work. It returns to the darkness.

My Self In That Moment was captivating and utterly original, but when I wasn’t experiencing it I was thinking about the singer Billie Eilish on the David Letterman program on Netflix, where during an interview she lays out how her famous jazz song ‘Happier Than Ever’ was made. Eilish revealed that what seemed like one seamless vocal was in fact a whole series of takes spliced together to sound like a seamless whole.

In the same way, in this show, the relationship between the performer, the images, and the individual screens comes together to form a whole new art work that makes us think about what it means to be a body, and to have a machine.

At its best, Melbourne’s avant-garde arts scene rivals a world class stage like London or New York. Chamber Made has a history of producing shows that are among Melbourne’s best and The Substation, with its reclaimed industrial vibe, is a beautiful place to hear them. This July saw the world premiere of My Self In That Moment but I wouldn’t have been surprised to learn it was performed all over the world.