Theatre review: HOW TO LIVE, (After you Die), Lynette Wallworth

A monologue about traversing religion, cults and conspiracies.
Anna Westbrook 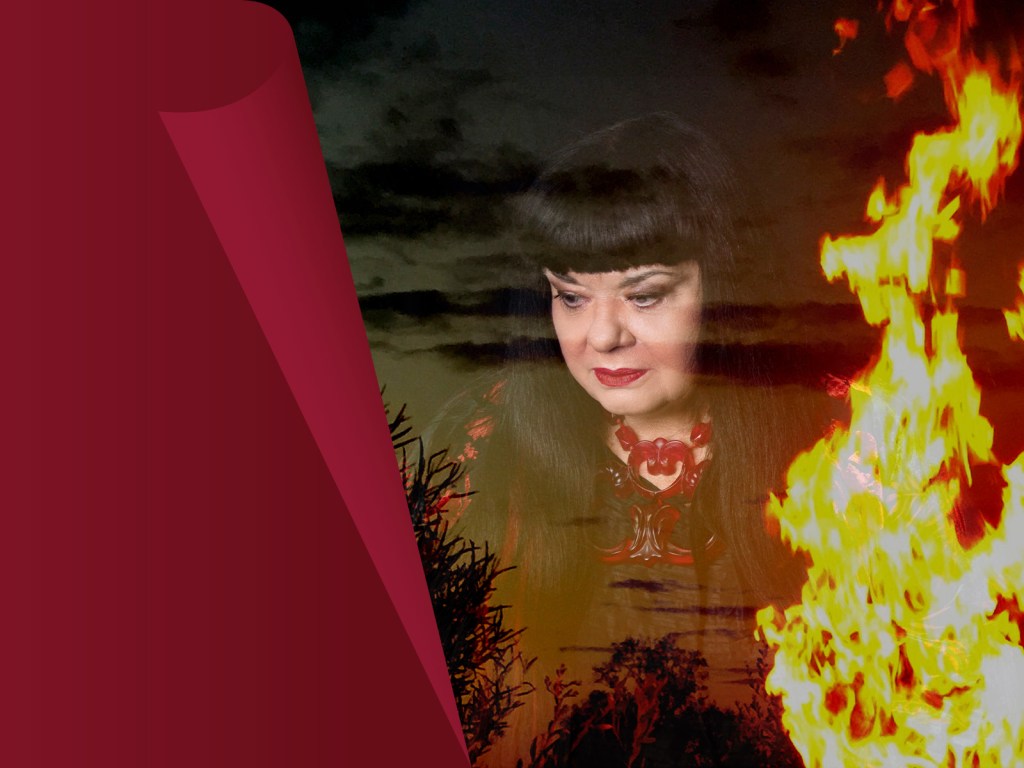 The artist and film maker navigates her belief systems through her art. Photo supplied.

Lynette Wallworth is an established Australian artist and Emmy-award winning filmmaker. HOW TO LIVE is a monologue about her mid-career art practice, spiritual beliefs and contact with different religious cultures within this country and internationally, and, primarily, her struggle and emergence from a Christian ‘cult’ – in her words – that captivated her as a late teen into her early 20s and saw her isolated from former loved ones. The work was presented as part of the UnWrapped program at Sydney Opera House, which brings unique and independent works to a global platform of recognition, commendably sponsoring an ongoing catalogue of new performances that might otherwise struggle to find a stage.

Wallworth, who tells us she ‘once was a prophet’, is indeed a charismatic speaker, and she orates at the podium backed by artful typographical slides, clips, and images from her backlog of work – such as Hold and Collisions. She engages the audience with her tale of moving from seeking meaning in the world, traversing from Christianity to New Age to a non-specific spirituality, peppering the talk with amusing tragi-comic anecdotes such as attending (and rebelling) at retreats in the 1980s targeted at ‘Women Who Love Too Much’.

When the monologue is anchored in Wallworth’s work drawing upon comparative theologies, it gains strength and is at its most potent. However, there seems to be a deficit of real critical self-reflexivity, no matter how much of an emotional journey Wallworth has struck out on. Perhaps it’s the over-reliance on slides and reading off the autocue, but insights such as ‘Art is a form of future making’, while potentially true, seems precariously close to a ‘Live, Laugh, Love’ meme, lacking rigorous evaluation and a demonstrable critical framework.

Wallworth discusses the gender hierarchy of her early intense Catholic faith and her church’s pervasive disempowerment of women, who she says were reduced to ‘handmaids’ yet were manipulated by leadership to feel ‘chosen’ and ‘special’ – all of this is fascinating to hear first-hand in the age of QAnon, where it is difficult to understand how seemingly rational, intelligent people become involved in religious extremism. She has a way with words, describing her gateway as being simply door-knocked by a ‘zealot in a soft frock’. She yearns to ‘hear the voice of God’ becoming incapable of making the simplest of decisions without consulting the Bible.

The Lascaux cave paintings, dating up to 17,000 years old, particularly of the infamous horse, is somewhat of a touchstone for Wallworth. She explains her fixation on them as an early teen and then spending an artists’ residency in Mongolia whereupon she witnessed a horse breed similar to the ones on the caves. She speaks of resilience in her learning glasswork and how the glass needles she was making needed to be counterintuitively forged twice, where the second forging made the stress of the first forging more durable.

Wallworth’s story is interesting, especially to fans of her art, yet her anecdotes and slides seem to be used as props in a way that flattened her examination of spirituality quite naively. There appears to be a missing piece of self-interrogation, as to how a white artist (predominantly working in Indigenous communities or communities of colour overseas, or with First Nations in Central America) can do the labour of decolonisation and communicate that fluently, given such a tremendous platform.