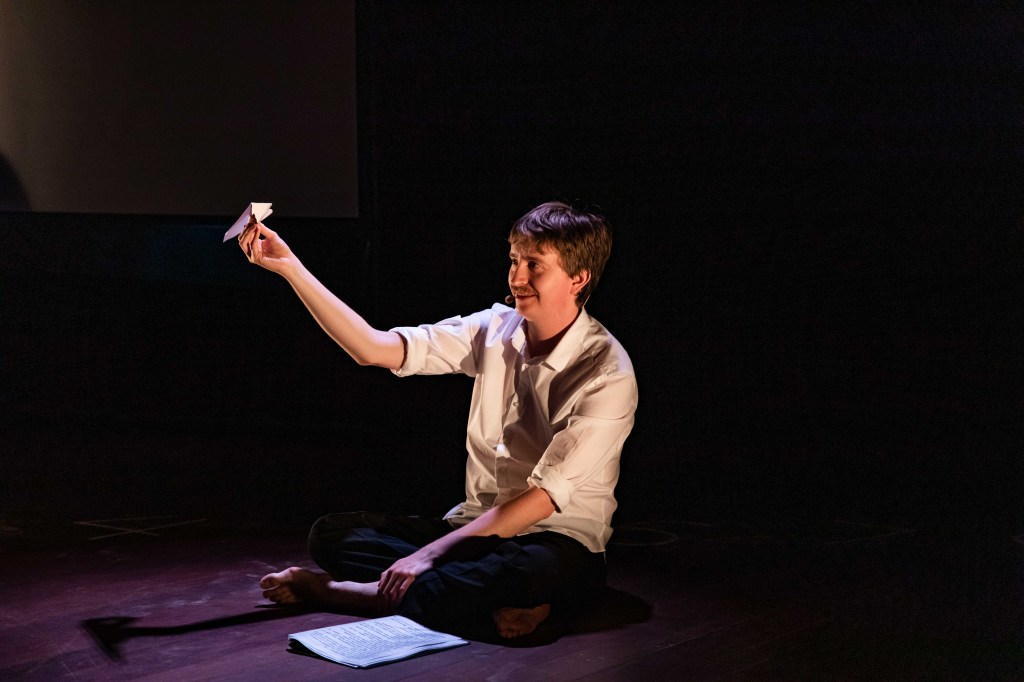 Humorous, heart-warming and thought-provoking, ARCO Snr is an expanded version of the award-winning Fringe World show Autism, Rejection, Celibacy and Optimism (aka ARCO) hosted by Adam Kelly. His original show concept was so popular, another presentation titled ARCO Jnr (Community is subbed in for Celibacy) featured recently at the 2021 AWESOME Festival.

Kelly shares his perspectives of living in a society that has naturalised categorisations to create a chasm between what is considered acceptable or normal and what is not. Neurodiversity such as autism is often understood through problematic stereotypes portrayed in movies and TV shows. While Kelly happily describes himself as an ‘autistic gentleman’, he challenges the audience to consider whether the gap between normalcy and difference is actually so great or even real. Running up the aisle at times, Kelly uses several devices to compel the audience to question how these definitions are created and whether they’re accurate or necessary.

Using wit and movement, Kelly interweaves incisive social commentary among frank reflections. From his own patterns of experiences, the audience learns more about what it’s like to move through the world as an autistic person. He deftly draws attention to how his behaviours are judged through an ableist gaze.

At times, the portrayals of ‘stimming’, a term referring to the self-stimulating behaviours that people including autistic people may enact, come across like an exaggeration for the purposes of audience education. Effectively creating a 101 awareness-building look at autism, Kelly notes it manifests differently for each autistic person.

The audience will be drawn into sometimes startlingly personal aspects of Kelly’s life and the lines between dramatisation and voyeurism seem to blur. Nonetheless, he deftly tightens the energy around him during key moments, evoking a contemplative shared space for the audience to sit with the painful rejections he has faced. Loneliness encountered when bids for connection go unmet would have resonated with many people.

The stage features a screen upon which emotive and evocative animations are projected to provide additional context for the characters, experiences, and stories that Kelly introduces. He makes effective use of the animations, occasionally becoming one with the projected characters. Effectively pulling himself into the stories, he builds an interesting blend of caricature, fictive world-building, and raw autobiographical detail.

Lyrically eloquent at times, Kelly points out the violence of socially constructed norms and the disparity of how his behaviours and actions are judged against them. Some may find ARCO Snr an illuminating look into autism. Others may find it repeatedly stops frustratingly short of more deeply exploring the nuance of Kelly’s observations and insights about ableism, societal marginalisations, and navigating life to seek deeper meaning in the human experience.

Read: Technology means disability is no longer invisible, but it’s not enough

The show is likely to be a different experience each time it’s staged given it is designed to entice audience participation. The interactive show feels like a collective experience to be shaped by the audience members. By breaking beyond the classic stage space, Kelly draws the audience in. There are several well-crafted allusions to be found in the stage design, choreographed use of space, the animations, and lighting.

Kelly’s engaging energy is central to an ultimately upbeat show. Disrupting the typically more passive role of audience, ARCO Snr artfully creates a metaphor for how we might reject the lines drawn around ourselves – just like Kelly reaching optimistically to a more inclusive future.