The Theory of Everything

There is no delusion as to what this performance is, and that is comedy.
Devon Cartwright
[This is archived content and may not display in the originally intended format.] 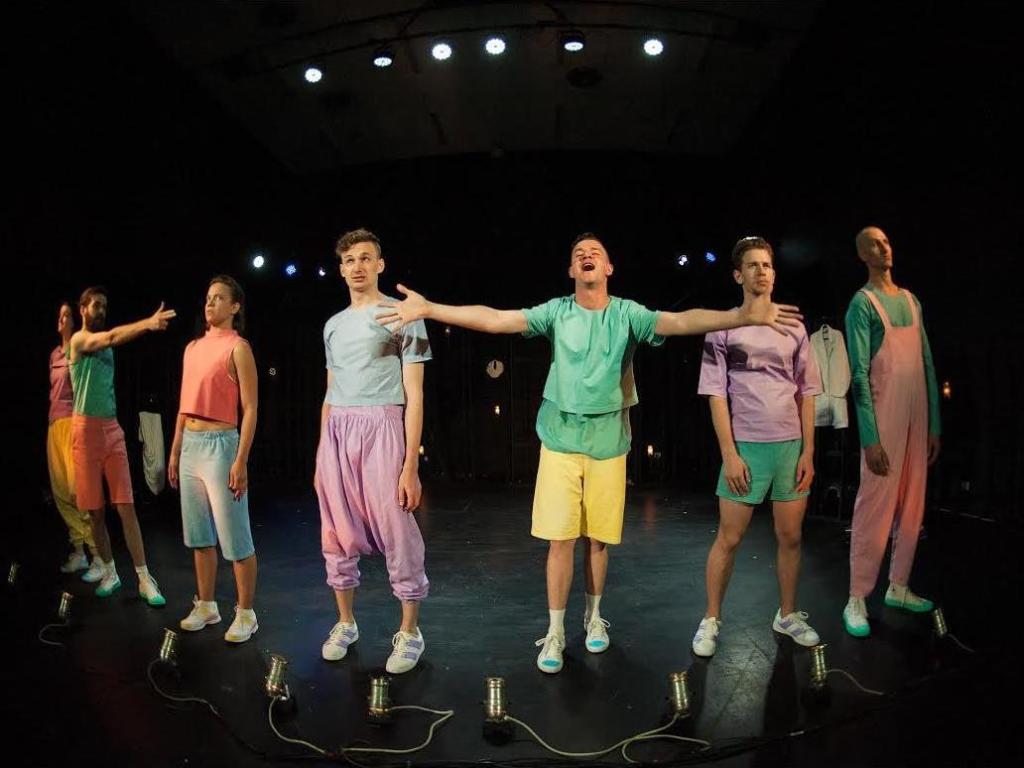 ‘From this distant vantage point, the Earth might not seem of any particular interest. But for us, it’s different.’ Different is right, as that statement from Carl Sagan’s Pale Blue Dot seems to resonate with eight actors as they condense 14 billion years of history into one hour of hilarious rapid fire (finger guns included) chaos. Cheeky and witty, the cast quickly makes it clear to the audience that this show has nothing to do with Stephen Hawking.

Thomas Quirk is brilliant in his delivery of this new work, and even his director’s note, while bizarre is equally entertaining and fitting to the theme of this production. Audience members find themselves immersed in a plot or at least something that may appear as a plot, listening to what seems to be a veritable Greek chorus of characters, each with their own quirks and personality. The actors also take on roles taken from history itself, including but not limited to Einstein, Aristotle, and Hitler. The performance itself is excellent and keeps the audience engaged by coming across as slightly eccentric while maintaining an air of relatability and familiarity.

The set is simple yet effective; containing little more than structured framing, industrial lights, and LED lighting, it worked to provide ample atmosphere without drawing away from the performance itself. Effective use of the entire space prevented dead zones from forming, always giving the audience something to look at no matter where their eyes may drift. Performances such as this, are great examples to young emerging artists on how to create effective ambiance without becoming either tacky or over-the-top. However, warning  to those with asthma as there is a smoke machine used at points in the performance which may cause mild discomfort.

The cast which delivers a rather interesting perspective on the history of the universe, certainly does its best to avoid coming off as simply a pretentious piece of theatre, and rightly manages to keep humour at the forefront of the performance often at their own expense. There is no delusion as to what this performance is, and that is comedy. The fast-paced delivery of lines, to the rapid yet entertaining scene changes, and modest use of costuming, this show is truly a must-see. It’s easy to see why this production is enjoying sold out performances, and it’s rightly deserved. If you are lucky enough to have secured a ticket, you won’t be disappointed.

The Theory of Everything